In a land of trees
Travel

In a land of trees

Explore the beauty of wood in Nakhon Pathom

On more than 100 rai of land in Nakhon Chaisi district of Nakhon Pathom, which is only about 50km from Bangkok, is a new privately-owned museum called Woodland. The presentation is done under the theme of a fantasy land through the story of Grandfather Teak, a very old tree. 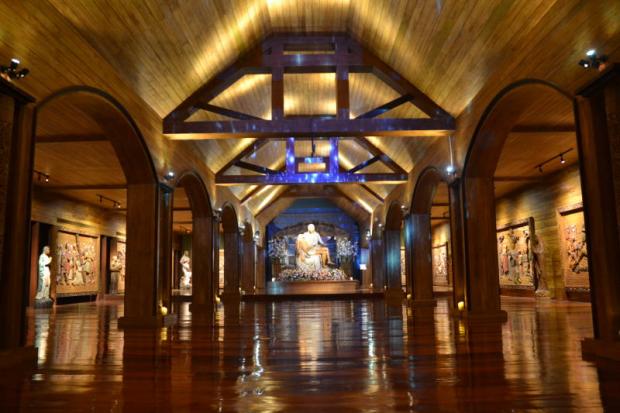 Grandfather Teak could perceive his surroundings and descendants. He brings visitors to the realm of woodmen (spirits of trees) at the edge between Earth and Heaven. With faith and courage, the woodmen travel through this wonderful sphere into the Kingdom of the Creator of the Universe.

The story of the woodmen is told through thousands of wood carvings from a collection of businessman Narong Thewphaingarm and his father. Grandfather Teak was inspired by the life of Kamnan Rasri Thewphaingarm, Narong's father, who had passion for nature, art and storytelling. Woodland is divided into three zones — The Story of Woodland, with over 5,000 wood carvings, Woodland Village with restaurants and souvenir shops, and The Resort, which is the former residence of the Thewphaingarm family. 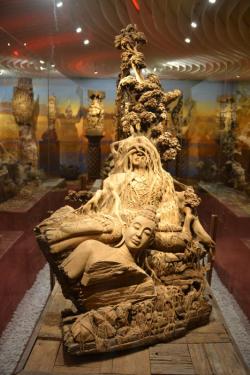 The Twilight Room is a highlight of Woodland.

In the Story of Woodland Zone, you will enter connected wood buildings showcasing more than 2,000 1.5-3.5m-high wood carvings and about 2,000 smaller ones. You will feel like you are travelling in a land where nature combines life, beliefs and legends. You will first see tree roots in different bizarre shapes, as well as a number of religious sculptures in the "Rootstock Room, The Beginning" under the theme of "Our roots are the origin of every living thing". Stepping into the Wildlife Room, the first thing to see is a forest with many wild animals, including elephants, monkeys and tigers, all made of wood. The concept of this room is to show that the wildlife in Woodland can converse with trees and humans.

Looking through the entrance of the Woodmen Room, you will see Grandfather Teak and the woodmen, man-shaped wooden figures covered in moss and roots, on their way to pay respect to the Creator. The sacred atmosphere, boosted by special effects, lighting and sounds, makes you feel like being in an ancient Khmer temple. The entrance and hallway are full of wooden sculptures of the ancient Khmer apsaras (angels). There are also several exquisite wooden statues of Hindu gods.

Strolling further, you will eventually reach the Dragon Cave Room displaying a lot of wooden figures of nagas in the atmosphere of the underwater world where the King of Nagas has the power to open the pathway to the Creator's kingdom.

Later, you will pass the Abyss Room where special effects and blue screen technique creates an ocean decorated with wood carvings of fish and marine animals, such as sharks, eels, dugongs and dolphins, swimming amid wooden coral reefs. 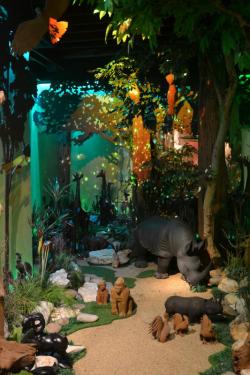 Finally, the woodmen will arrive in the realm that lies between reality and faith. In the Twilight Room, visitors will be in awe of the refined beauty of numerous wooden statues depicting the heavenly world where Hindu deities Brahma, Shiva, Vishnu, Ganesha, Chinese goddess Guan Yin, the Lord Buddha and enlightened monks are. After that, you must walk up the Stairs of The Bird King.

Turning left at a huge wooden sculpture of a "bird king" (a mystical creature which looks like Garuda) in a Balinese style, you will enter "The Creator's Kingdom". The first hall called Hindu Room is full of the wooden statues of Hindu god Ganesha in various styles and sizes. The next hall is lined with the statues of Chinese goddess Guan Yin. A larger hall called Buddha Room is dedicated to hundreds of centuries-old wooden Buddha images, mostly in the Myanmar and northern Thai styles.

The last room is Catholic Room, which resembles a church. In the middle of the room is a 3.5m-tall teak wood sculpture called a Pieta, depicting the Virgin Mary carrying the dead body of her son Jesus Christ. This sculpture was inspired by the marble sculpture Pieta by Michelangelo in St Peter's Basilica at the Vatican. It is the work of Filipino wood sculptor Dante Valdellon. On the walls of this room are wood carvings portraying the life of Jesus Christ, especially the Last Supper and Crucifixion.

After exiting the exhibition buildings, you will see a huge wood cathedral with a 10m-high wooden sculpture of the crucified Jesus, also carved by Valdellon. You should not miss exotic plants and sculptures, such as those from South America, in the garden, as well as wooden statues of the late Princess Mother and HRH Princess Galyani Vadhana in the Woodland Village.

After spending a few hours enjoying the art of wood carving and savouring the food for thought, you will probably return home with a happy heart and peace of mind. 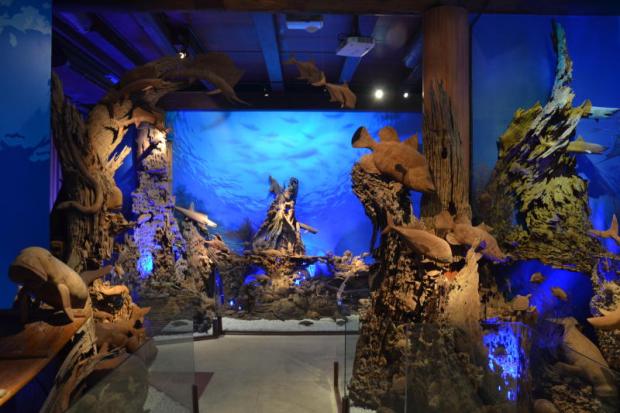 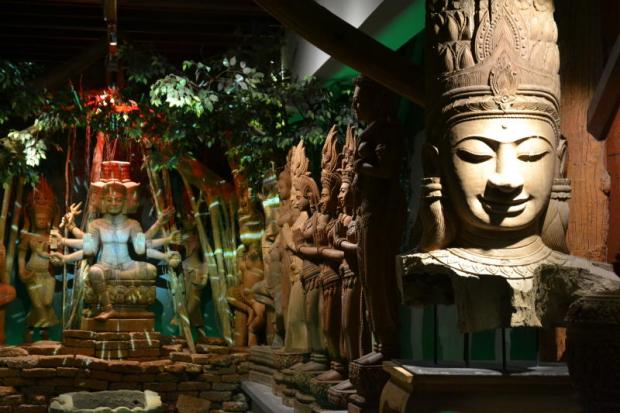 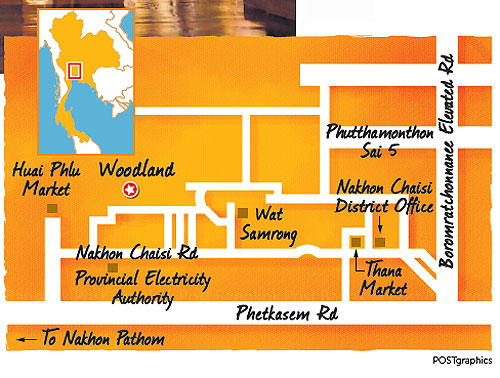