Five museums in one day
Travel

Five museums in one day

published : 10 Sep 2015 at 03:47
newspaper section: Life
writer: Pichaya Svasti
The King Prajadhipok Museum is the first destination under the Museum Route programme. Housed in the three-storey Neoclassical building, formerly a tailor's store turned Public Works Department, the King Prajadhipok Museum stands in memory of King Rama VII, or King Prajadhipok. The museum was inaugurated by His Royal Highness Crown Prince Maha Vajiralongkorn on behalf of His Majesty King Bhumibol Adulyadej in 2002. This museum is open 9am-4pm on Tuesdays-Sundays (except during the New Year and Songkran holidays). Admission is free.

Lining Ratchadamnoen Avenue are rows of architecture that mostly date back to over 70 years ago. In the past five years, some of these buildings have been turned into museums for people to visit and learn about Thai history and art. Nonetheless, not many people know there are at least five museums along this avenue and each of them are within walking distance. To promote visits to these five museums, the King Prajadhipok Museum and the Bangkok Metropolitan Administration have been running the Museum Route campaign until the end of this month.

The museums are the King Prajadhipok Museum and its sister museums the Thai Cabinet Museum, the Royal Thai Orders and Decorations Museum, plus the Parliament Permanent Exhibition. There are also the Nitas Rattanakosin Museum (Rattanakosin Exhibition Hall) and the Ratchadamnoen Contemporary Art Centre. Under the campaign, a free shuttle service from the city hall near the Giant Swing to the five museums is available on Saturdays and Sundays every 20 minutes throughout the day except from between noon-1pm. In addition, the opening hours of some of these museums are extended on weekends and admission is free under certain conditions.

The objectives of the project are to promote museum visits, enhance co-operation among Thai museums and increase the number of visitors to each museum. Another special aim is to celebrate the 60th birthday of Her Royal Highness Princess Maha Chakri Sirindhorn who wishes to see the development of museums nationwide for the sake of education.

On this museum route, each trip begins at the King Prajadhipok Museum which tells of the lives and work of King Rama VII and Queen Rambhai Barni through exhibitions, old documents, photos and the two monarchs' personal belongings.

Stepping onto the first floor of the adjacent Rambhai Barni building, visitors will enter the Parliament Permanent Exhibition, which is about the National Administration Advisory Council founded under absolute monarchy in the reign of King Rama V, which was to change in 1932.

Walking up to the second floor, visitors reach the Thai Cabinet Museum which mainly tells of national administration during the periods of Sukhothai, early Ayutthaya and Rattanakosin, as well as the national administration at present. It details the history and important information of all the constitutions and cabinets since 1932.

Strolling to the third floor, visitors enter the Royal Thai Orders and Decorations Museum which displays all kinds and levels of royal Thai decorations and orders as well as foreign royal decorations that were given to Thai royals and ministers.

About 500m away and next to Wat Ratchanaddaram is the Nitas Rattanakosin Museum. It houses a permanent exhibition about Bangkok that uses modern technology and focuses on interactive self-learning. Visitors are educated about the capital of Thailand through models, four-dimensional mixed media, multi-touch media, multimedia and animation. It has nine exhibition rooms.

Separated from the Nitas Rattanakosin Museum by a small alley is the Ratchadamnoen Contemporary Art Centre. The centre was established in 2010 to serve as a new art space, a learning centre, an art gallery and a place for students and the public to join in creative art and cultural activities.

To experience all the important things these museums have to offer, visitors should spend at least two hours each at the King Prajadhipok Museum, the Nitas Rattanakosin Museum and the Ratchadamnoen Contemporary Art Centre and about half an hour in each of the other places. By taking the first Museum Route van at 10am, visitors are most likely to see everything in one day. 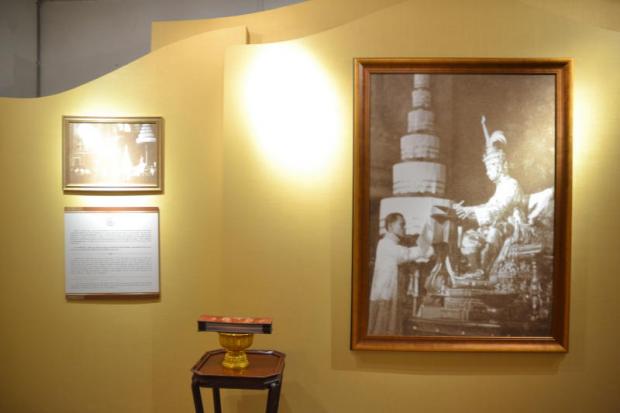 On the second floor of the King Prajadhipok Museum, the exhibition depicts the King's coronation and royal activities under aspects of national development, religion, military, education, communications and transportation and his attempts to handle the nation's economic difficulties and his visits to the provinces and foreign countries. It looks at the King's military uniforms, handwriting, books, photos and other objects. Other themes include the 150th anniversary of Bangkok, the change in regimes from an absolute monarchy to a democratic constitutional monarchy and the granting of the first Constitution of the Kingdom of Siam. 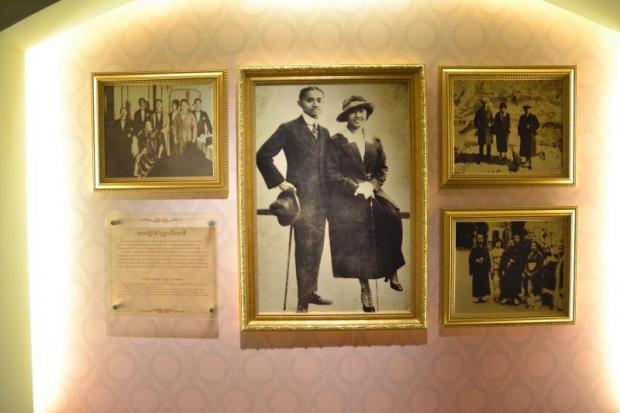 On the ground floor of the King Prajadhipok Museum, the visitors can view an exhibition on the life and royal activities of Queen Rambhai Barni, the only consort of King Rama VII, through her belongings, related items, old photos, models and multimedia. Must-sees are the late queen's Austin Sheerline Saloon A125 and Volkswagen VW 411 L cars, kept in a room next to the museum. 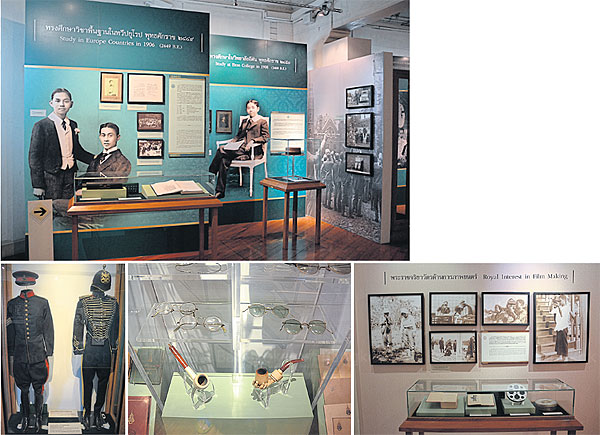 At the King Prajadhipok Museum, the exhibition on King Rama VII is shown on the first and second floors of the building. On the first floor, visitors will learn about the life and work of King Rama VII before and after his accession to the throne, through a look at his youth, education, marriage and government service. The king’s taste for music, photography and sports are reflected through the display of a number of his personal items, such as cameras, musical instruments and sport gear. Also on view are old photos of the royal residence in England and the King’s modest cremation in 1941. On the same floor, the mock Chalerm Krung Theatre stands and shows movies relating to the late King and his reign, both taken by the late king and other people. 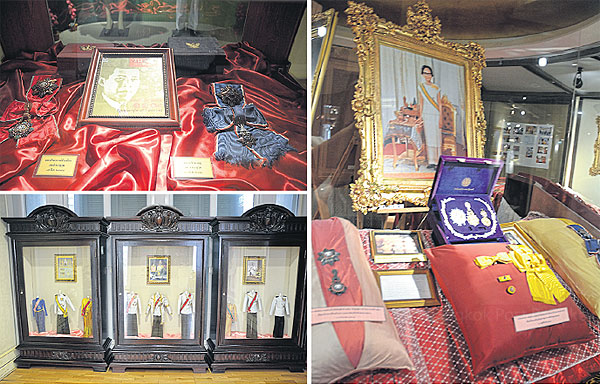 The Royal Thai Orders and Decorations Museum provides information about the history of royal decorations back from the Ayutthaya Period up until the reign of His Majesty King Bhumibol Adulyadej. Highlights include the late Princess Mother’s royal decorations, royal decorations belonging to various important people, and certificates signed by King Rama V and VI. Visitors will also be able to witness the process behind the making of badges of orders and decorations. The exhibition is open 9am-4pm from Tuesday- Sunday. Admission is free. 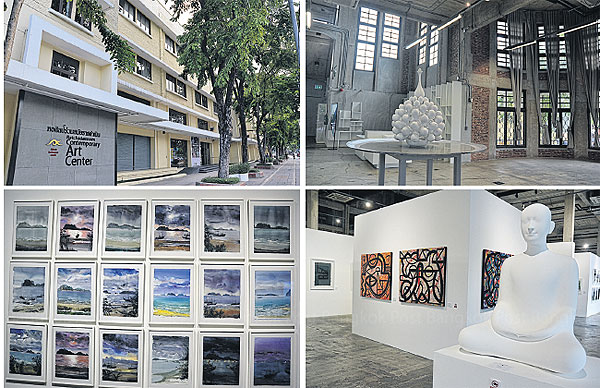 The Ratchadamnoen Contemporary Art Centre is housed in a row of buildings designed by several architects such as ML Poom Malakul and Mew Apaiwong and was constructed in 1937 during the tenure of then prime minister Field Marshall Plaek Pibulsongkhram. Three floors of this building serve as art exhibition halls while the ground floor has a movie screening room and the rest of the empty space is used for holding activities. Shown in the photos are the “4 Perspectives” exhibition by four national artists, Prof Nonthivathn Chandhanaphalin, Prof Decha Warashoon, Prof Ithipol Thangchalok and Prof Preecha Thaothong, which ended on Tuesday. The current “Young Artists Talent” exhibition will last until Sept 25. This art museum is open 10am-7pm from Tuesday-Sunday, except during public holidays. Admission is free. 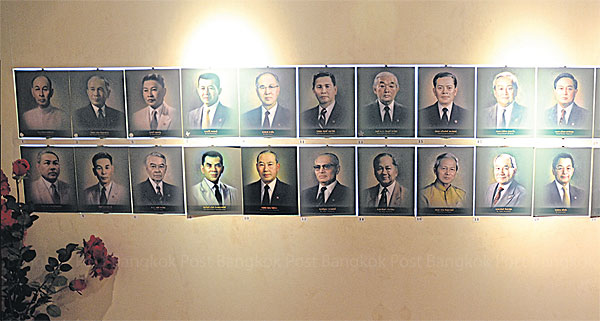 The Thai Cabinet Museum educates visitors on the national administration during the Sukhothai, early Ayutthaya, Rattanakosin periods as well as at present. It looks at the history and important details of all the constitutions and cabinets since the change of the regime from Absolute Monarchy to Constitutional Monarchy on June 24, 1932. Visitors learn about the constitution, administrative law and the Royal Prerogative. Visitors will also see the portraits of all the Thai prime ministers and learn about their mottos, slogans, life philosophies and the outstanding works of each of them through a look at their biographies, quotes, books and personal belongings. The exhibition is open 9am-4pm from Tuesday-Sunday. Admission is free. 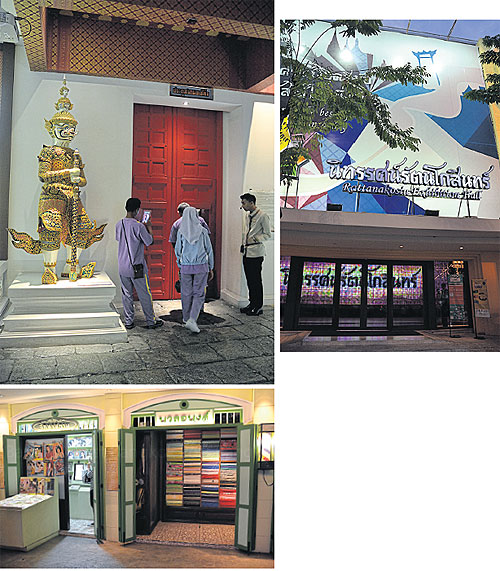 The Parliament Permanent Exhibition was officially opened in 2008 to provide resources for the research and study of parliamentary democracy in Thailand. Highlights include the Transition to Democracy Section which displays King Rama VII’s royal duties in the aspect of Thai democratic development, including two constitutional drafts and the June 24, 1932, political transformation. The Constitutions of The Kingdom of Thailand Section which showcases the constitution written in traditional Thai books as well as the writing process and the Legislative Sittings Section with the multimedia simulation of the first legislative sitting on June 28, 1932, at the Ananta Samakhom Throne Hall. The sittings of Thai Parliament have occurred in the present Parliament House building since 1974. The exhibition is open 9am-4pm during Tuesday- Sunday. Admission is free. 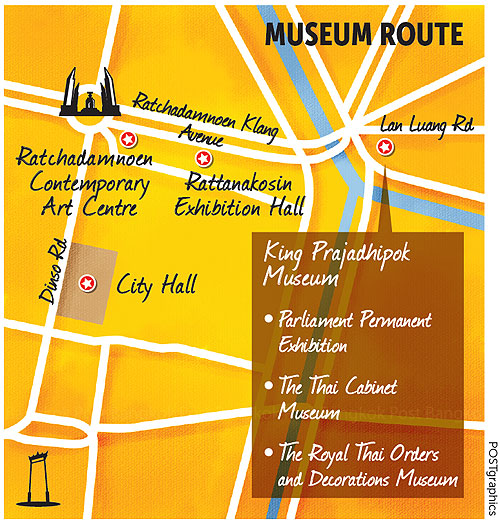