Nice scenery and a network of well-paved roads with little traffic make Chiang Rai a great destination for cyclists. Recently, I got to revisit this northernmost province bordering two neighbouring countries with the biking team of Nok Air, one of the airlines that offer regular services between Chiang Rai and Bangkok.

During the four-day trip, the group, which consisted of 37 riders, biked in sections starting from the town of Mae Sai north of Chiang Rai downtown to the Golden Triangle in Chiang Saen where the Ruak River, which separates Thailand and Myanmar, flows into the Mekong that forms the boundary line between Thailand and Laos, as well as between Laos and Myanmar further upstream.

The next two days they rode from Chiang Saen to Chiang Khong, then continued to Pha Tang, the scenic mountainous area in Wiang Kaen before being transported to Chiang Rai the following day to catch a flight back to Bangkok.

Those who are familiar with that part of the country might wonder why it took the group so many days when the route is 150km or so, a distance serious roadies can normally cover in just a day or two. 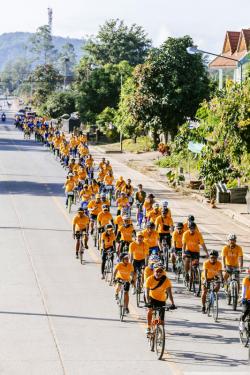 The fact was the Nok Air bikers were not just riding from point A to point B. They also dropped by at various attractions along the way, and even crossed the border to visit temples and other interesting sites in Tachileik, Myanmar and Huay Xai, Laos. The cycling team is made up of the airline staff from various departments as well as their friends. With all riders wearing Nok Air's bright yellow jersies, the team was quite a sight every time they roamed into a town on two wheels.

Naturally, each team member and the locals who rarely see such bicycle parades in their hometowns share the experience with others through social media. For the riders and the airline's corporate communications team which organised the trip, one of at least seven this year, it's a win-win arrangement. The first enjoy a sponsored biking holiday, while the latter is happy with the satisfying result of this innovative PR strategy.

But Nok Air is not just using the growing popularity of cycling as a publicity tool. It also encourages cyclists to travel with their bikes. Until September 2016, the budget airline allows passengers to load bicycles (one bike per person) at no extra charge as long as they are properly packed and the tyres deflated. Since the flight between Bangkok's Don Mueang airport and Mae Fah Luang Chiang Rai airport takes only one hour and 15 minutes, travelling to the northern province is easy and convenient.

Of course, apart from the border area which the Nok Air cycling team rode during their recent trip, Chiang Rai has many other routes you can explore on your bike.

For roadies addicted to the challenge of climbing, mountains like Doi Tung, Doi Mae Salong, Doi Chang, Doi Wawee, Phu Chi Fah and many more are waiting to test your skill and stamina. Mountain bike riders, meanwhile, can opt for the numerous off-road trails connecting hilltribe villages, or the bike track in Singha Park less than 15km from Chiang Rai downtown.

Well, see you here again next Thursday. Until then, if you have questions, news or biking insights you wish to share, please feel free to send an email to pongpetm@bangkokpost.co.th or go to Freewheel Bangkok communitypage on Facebook. 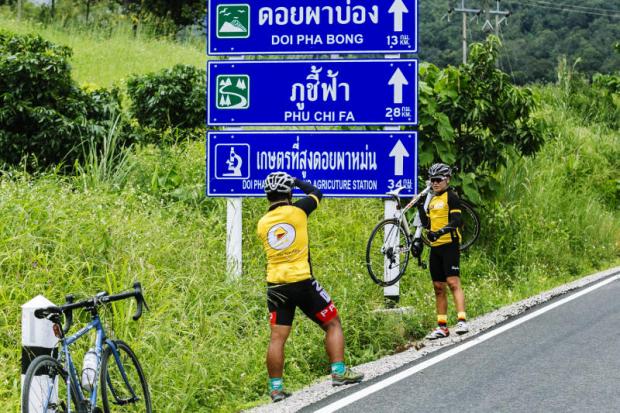 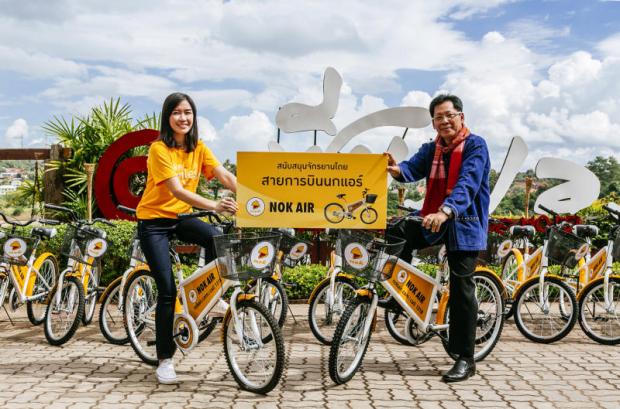 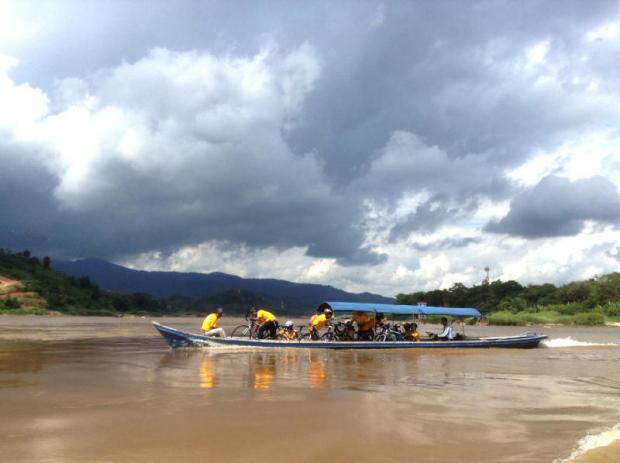 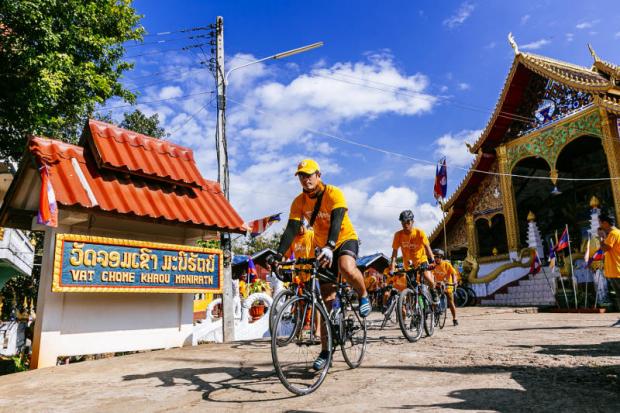 A place where time moves slow