The third-phase development of Don Mueang airport will be proposed to the Airports of Thailand Plc (AoT) board for approval this month.

AoT president Nitinai Sirismatthakarn said Wednesday that a master plan of the airport development worth more than 10 billion baht will be forwarded to the AoT board on March 23. In the third phase, the agency will carry out maintenance work on the airport's old terminal building for domestic flights. 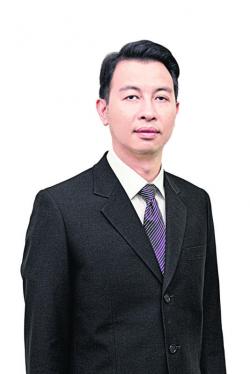 The AoT will also build another terminal as a junction terminal to connect with the Red Line's Bang Sue-Rangsit link and an Airport Rail Link extension between Don Mueang and Phaya Thai. Car park buildings with a capacity of more than 3,000 vehicles will also be built.

Mr Nitinai said the third phase, which was expected to be completed in 2021, will increase the airport's capacity to 40 million passengers a year. "The development will enhance capacity both for passengers and flight numbers," he said.

As for the airport's new Terminal 2 building, Mr Nitinai said it will open officially next Tuesday to handle passengers from domestic flights while certain parts of Terminal 1 are closed temporarily to modernise systems for handling passengers from international flights. When complete, both terminals are expected to serve 30 million passengers a year, he said.

Airline offices will be on the second floor while the third floor will serve outbound passengers from domestic flights with 80 check-in counters. Restaurants, shops and a recreational area will be on the fourth floor. A total of 44 toilets are also provided.