PHUKET: A Thai-Russian firm plans to build the world’s tallest Ferris wheel on an old mining site within the next two years.

The project is planned to be developed by Thai Business Development Co of Phuket. This is a joint venture of technology supplier Pax Company of Moscow and the Anuphas property developers, and aims to create a new landmark for the province.

The goal is to beat the 165-metre-tall Singapore Flyer which opened in 2008 and the High Roller wheel in Las Vegas, which stands at 167.6 metres tall and opened in 2014. 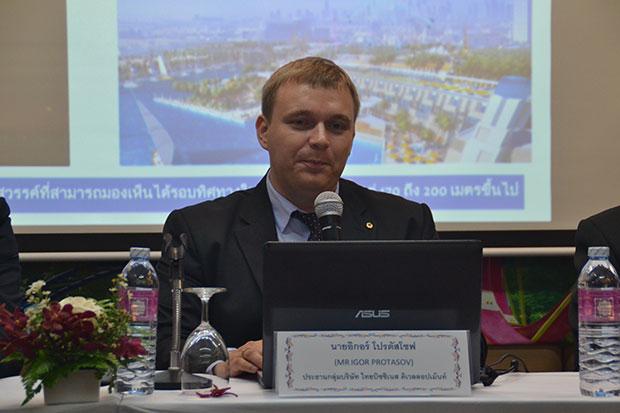 It is the second time in three years a huge wheel has been promised for Phuket. Phuket Municipality proposed the Patong Eye in 2013, a proposal that never was advanced past the publicity stage.

Igor Protasov, chairman of Thai Business Development, said the company aimed to invest 20 billion baht in the project on a 40 rai plot in Phuket town.

The company hopes to complete the Ferris wheel in 18-24 months, depending on government approval.

Pax Company was founded in Moscow in 1998 and has Ferris wheels in Russia, Italy and South Korea.

According to the Pax Company website, it has discontinued all of its roller coaster models as of 2013 and now make 140m and 180m Ferris wheels.