The world, now, takes the view that IUU fishing is a problem tied in with labor/human trafficking. With the purpose of eliminating IUU fishing and other illegal fishing activities, the new law imposes severe punishment. As a result, those people concerned with fishing operation and downstream industry should pay attention to and study the law deliberately.

The Royal Ordinance on Fisheries B.E. 2558 (2015) has been enacted and has entered into force since November 14, 2015. The law aims to reorganize fisheries in Thailand in compliance with international measures and regulations on combating Illegal, Unreported and Unregulated (IUU) Fishing. Upon the capacity of the new law, apart from controlling fishing vessels, it encompasses the downstream industry. This is in accordance with the Government policy against IUU Fishing and labor/human trafficking in fishery sector. 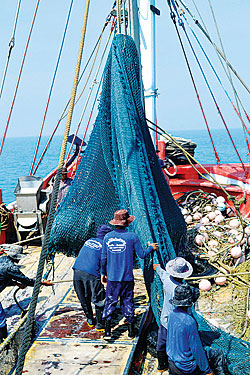 Details of this new law are as follows:

Section 11. A factory operator under the law on factories who engages in a business relating to aquatic animals is prohibited from employing a person in violation of the law on labour protection or an alien who does not hold a licence under the law on working of aliens.

In the case where a competent official finds a violation under paragraph one, if the number of persons employed unlawfully found at the factory is not more than five, the competent official shall forthwith report to the Director - General, and the Director - General shall order the suspension of the factory operations for a period of ten to thirty days.

In the case where a competent official finds a violation under paragraph one, if the number of persons employed unlawfully found at the factory is more than five, the competent official shall forthwith report to the Director - General, and the Director - General shall notify the Permanent Secretary of the Ministry of Industry to order the closure of the factory pursuant to the law on factories.

In the case where the competent official finds that a factory operator whose license has been suspended under paragraph two has committed another violation under paragraph one within a period of three years as from the order of suspension, the competent official shall forthwith report to the Director - General, and the Director - General shall notify the Permanent Secretary of the Ministry of Industry who shall order the closure of the factory pursuant to the law on factories.

An order of factory closure under this section shall have the effect of license revocation for Category 3 factories under the law on factories.

Section 82. Prior to proceeding with the port-out procedure pursuant to section 81, the owner or the master of a fishing vessel shall submit documents related to vessel registration, the vessel use permit, the fishing licence, details of the number and a list of outgoing seamen on board, evidence of authorisation, license and permit under section 83, as well as evidence related to the provision of appropriate systems for ensuring occupational safety, hygiene and wellbeing of seamen as prescribed in the Ministerial Regulation to the competent official at the Port In ‐Port Out Controlling Centre in accordance with the rules and procedures prescribed by the Director - General. 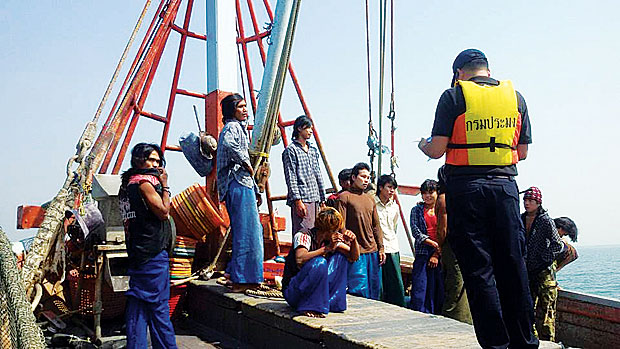 The Director - General shall have the power to issue a seaman document and evidence of licensing or permission to a seaman in accordance with the form prescribed by Notification of the Director - General. The seaman shall keep such evidence with himself/herself or at a safe place in the fishing vessel in which he/she is stationed. The seaman document, permit or license issued under paragraph two shall only be valid for working on board the fishing vessel specified in the evidence document, in the vicinity of the fishing port, and only during the period specified therein.

Under Section 153, the owner of any fishing vessel making use of a seaman without a license or permit pursuant to Section 83 shall be subject to a fine of between 400,000 baht per seaman, and the Director - General shall order the revocation of the owner’s fishing license. The Director - General of the Marine Department shall also revoke the seaman document of the master of the vessel pursuant to the law on navigation in Thai waters.

Upon severe punishment and higher fine imposed by the new law, it will bring about deterrence and elimination of labor/human trafficking in fishery sector. The Government, thus; has executed the law strictly in order to achieve the objectives of the law and contribute the sustainability of the Thai fishery sector. -- ADVERTORIAL 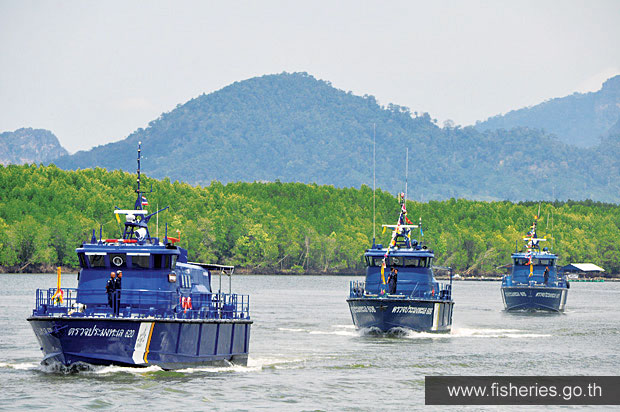