BEIJING - G20 leaders will meet in China this weekend in a climate of economic uncertainty and sluggish global growth –- but the absence of an urgent crisis means the forum will be short on breakthroughs, analysts say. 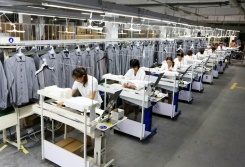 Eight years after the first G20 summit in Washington, when countries coordinated a response to the financial meltdown, Beijing has set a modest agenda for the Hangzhou gathering -- focusing on making the world economy “innovative, invigorated, interconnected, and inclusive”.

But as countries’ economic needs diverge -- the US is mulling a rate hike, Japan is toying with fresh easing, Germany is sceptical of fiscal stimulus, Chinese overcapacity remains huge, and Britain has voted to quit the EU –- the prospects for major unified action are dim.

"At the moment there's simply not a lot of common overlapping interests between the major economies," Christopher Balding, professor of economics at Peking University HSBC Business School, told AFP.

The G20 is made up of the world's leading industrialised and emerging economies, which together account for 85 percent of the world's gross domestic product and two-thirds of its population.

But its failure to deliver on past pledges has raised questions about the credibility of future promises.

Compliance with vows made in 2015 has fallen to a low of 63 percent, according to analysis by the University of Toronto.

"Ongoing economic malaise has been accompanied by the unwillingness of G20 members to sustain their commitment to the structural reforms needed to meet the growth pledge," said Tristram Sainsbury and Hannah Wurf of the G20 Studies Centre at Australia's Lowy Institute in a report.

Despite repeated promises to achieve the G20’s mission of strong, sustainable, balanced growth, members are "not achieving any of those three terms", Sainsbury told AFP.

Every year since 2011 the IMF has revised downwards its economic forecasts made at the beginning of the year as hopes for recovery have disappointed.

This summer it again cut its forecast for global growth in 2016 to 3.1 percent.

It is a far cry from the sunny pledges of the Brisbane Action Plan two years ago, when G20 leaders set a goal of lifting collective GDP an extra 2.1 percent beyond baseline IMF predictions by 2018.

Leaders said at the time that doing so would add $2 trillion and millions of jobs to the world economy.

"The best way to think of the forum is a dinner party that happens to include leaders of 85 percent of the world economy around the table making pledges," said Sainsbury.

"People can go and make statements, but then they go home, and there’s no guaranteed way of enforcing a commitment."

But there is no doubt the G20 was useful, he added, as it provides a platform for leaders to coordinate financial policies, bolster market confidence, and reach agreements on matters such as tax havens.

"What we often say is, if the G20 didn't exist, someone would have to invent it."

Beijing's G20 presidency this year has seen some areas of agreement, with a finance ministers' meeting in February helping bring a measure of stability to volatile markets that were hit by concerns about China’s growth and the depreciation of its yuan currency.

Among them are financing eco-friendly projects and pressing its campaign for wider use of the International Monetary Fund's Special Drawing Rights (SDR) basket, which includes the yuan.

There could also be a push for more coordinated fiscal stimulus and infrastructure spending, analysts with HSBC said in a note, as Beijing hopes to win support for President Xi Jinping’s signature One Belt One Road policy of expanding trade and building ports and highways in foreign countries, often using Chinese construction firms.

But one area where agreement could be difficult is trade.

Since 2008 the grouping has promised to halt and roll back protectionist measures, but a WTO study found that earlier this year G20 members were adding more than 20 restrictive policies per month.

"Around the world you see an obvious global movement towards introspection, a country-first mentality, call it xenophobia if you will," said Andrew Polk, China economist for Medley Global Advisors. "It makes it harder for these international forums, especially on trade."