Thai businesses are ramping up ties with their Myanmar counterparts in five main areas -- agriculture, border trade, energy, industrial development and tourism -- to tap into vast investment opportunities in the neighbouring country. 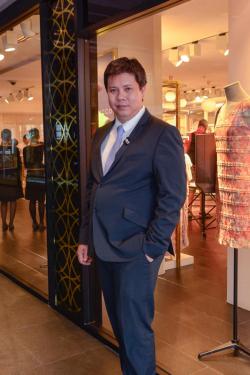 Panitarn Pavarolavidya, chairman of Thai-Myanmar Business Council, said the council's first meeting held in Yangon on Feb 3 focused on the proposed five sectors and set up a joint panel to look at potential obstacles and how to overcome them.

For instance, Mr Panitarn said the Thai businesses have proposed that Myanmar establish a central organisation to oversee agricultural prices, which fluctuate widely.

He said more port and rail development is needed in Myanmar to facilitate logistics and boost exports and imports. Part of this process involves amending logistics laws and setting up one-stop services to facilitate border trade.

Thailand also proposed Myanmar use the baht as currency for border trade in addition to the US dollar, euro and Singapore dollar, in order to boost border trade.

Myanmar's currency fluctuates widely, making it inconvenient in trade and investment, while the country's energy grid is insufficient to support Myanmar's economic development, said Mr Panitarn. Only 35% of Myanmar people can access electricity.

Mr Panitarn said each panel will update the partnership's five sectors at the next meeting scheduled for March.

Plew Trivisvavet, chairman of the executive board of SET-listed Ch. Karnchang Plc, said the company is looking to increase its investment in infrastructure projects in Myanmar because the country needs to develop its roads, ports and power facilities.

He said the company is awaiting amendments to Myanmar's investment law before making any investment decisions.

The Myanmar government is expected pass the new law in the next few months, which is supposed to stimulate and streamline domestic and foreign investment, increase investor protections, and create jobs that will diversify an economy heavily concentrated in agriculture and extractive industries.

The pilot was seriously injured when an F-5 fighter jet crashed during training in Chai Badan district of Lop Buri province on Friday morning.

All international arrivals to South Korea must undergo 10-day quarantine

A year of Covid jabs, but treatments lag behind