Perception is everything when it comes to wider adoption of digital payment, and a lot of people still worry about security and privacy

A customer tries out the Krungthai Bank QR code payment system being tested in the food court at the Finance Ministry headquarters and other locations nearby in Bangkok. Photo: Thiti Wannamontha

As digital innovations continue to transform the way we live, a lot of things we once took for granted are falling by the wayside. Paper money and coins could soon be among them.

The use of digital payments in all forms is fast becoming commonplace. A cashless society, once considered remote if not unimaginable, is now more imminent, with staggering amounts of transactions being digitally processed daily. In Nordic countries, especially Sweden and Denmark, the majority of all transactions are now made through electronic or digital means.

Governments around the world are working to prepare their citizens to fully benefit from a digital future. India, for example, has hundreds of millions of people in the database of its Aadhaar biometric identity and payment system. But the country's Supreme Court recently ruled that the system could compromise citizens' fundamental right to privacy, underscoring one of the key concerns about the new digital era.

The Thai government, in its bid to create a cashless society, this year introduced PromptPay, an electronic money transfer service that links an ID card or mobile number with a bank account. PromptPay registrations now exceed 32 million, and transactions in the first seven months after its official launch on Jan 27 totalled 105 billion baht.

By the end of this year, a standardised QR (quick response) code payment system introduced by the Bank of Thailand will also be put into use nationwide. The two programmes, authorities say, will bring more people into the digital realm and increase the adoption of e-payment.

But Thailand and many other countries are still a long way from having the swipe of a card or a scan by a smartphone completely replace paper and coins. A recent study by Mastercard shows that although more and more people are using digital payment, cash still accounts for nearly 85% of global consumer transactions. In Asia, a recent survey by PayPal also shows that cash remains the dominant mode of payment. 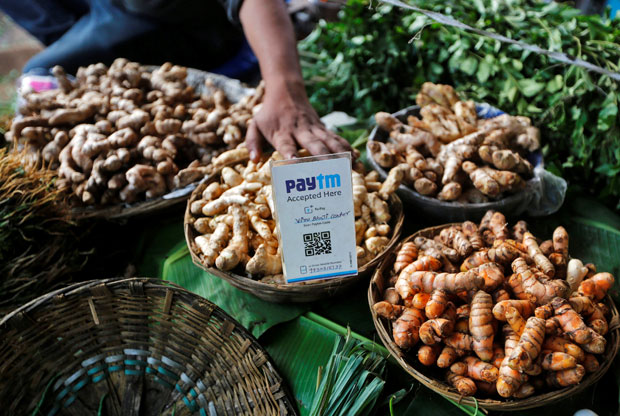 A card showing a Paytm QR code rests among vegetables at a vendor’s stand in Mumbai, India.

SECURITY AT THE FOREFRONT

Both advocates and opponents of digital payment have been debating its benefits and disadvantages for years. Advocates hold that reducing the use of cash offers vast benefits such as convenience, less tax avoidance, a lower cost of handling and greater financial inclusion. Digital payment, they say, could also discourage corruption due to its transparency and traceability. 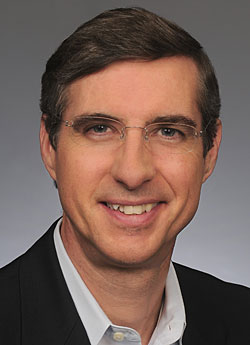 “For a society to become cashless, adoption must be encouraged, not forced” ED McLAUGHLIN President of operations and technology, Mastercard. Photo: Reuters

Ed McLaughlin, president of operations and technology at Mastercard, says the advantages of going cashless are vast, but for a society to benefit fully, the financial system must be inclusive with access for all citizens.

On the other hand, rising rates of cybercrime and fraud, and scepticism about the ability of public agencies to regulate digital payment underline the public's willingness to cling to paper money.

But the day when cash will become a thing of the past is probably unavoidable. The question, then, is not whether cash will prevail or become obsolete, but how digital payment can be made safer and more secure, and how to prepare society for the post-paper era.

Although security seems a major concern for most people, Panachit Kittipanya-ngam, director of the innovation department with the Electronic Government Agency, is optimistic about the national e-payment plan.

"If you are already familiar with and trust internet banking and mobile banking, there is no point being afraid of PromptPay and the QR code since their security system is the same," he told Asia Focus.

However, as the digital economy is constantly evolving, Mr Panachit stressed the importance of authorities being resilient and adaptable to changes.

Experts who spoke at the recent Mastercard Asean Innovation Forum 2017 in Singapore expressed optimism about the future of digital payment, but stressed that providers must put security first and foremost.

"In our pursuit of a truly connected world, trust and security are critical to successful digital development," said Ajay Banga, the president and CEO of Mastercard. 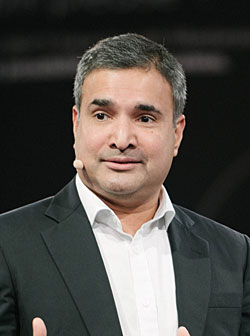 “Whether people are okay with selfies, facial recognition, OTP (one-time password) or ... biometrics, that should be available,” says Ari Sarker, co-president for Asia Pacific, Mastercard.

"We have to put risk at the forefront of what we do," he said. "Only through collaboration will we move faster. We [need to] develop a product with the mindset of security and risk assessment."

To attract customers, the user experience must be seamless while retaining the security needed to make the customer comfortable, said Sonia Wedrychowicz, managing director and head of DBS Consumer Bank Technology in Singapore.

"I believe that new technology such as AI, biometrics, KYC (know your customer) and authentication of your customer thumbprint, facial and voice recognition are significantly improving payment security and the user experience," she said.

The application programming interface (API) must run smoothly to offer the best customer experience, she said, with the highest safety running in the background. That will encourage more people to go digital.

Mr Panachit believes that instilling public awareness about their own data, privacy and information is the basis of helping a society move toward a cashless society.

"The most important thing is that the government must make sure that Thai people are equipped with data literacy," he said. 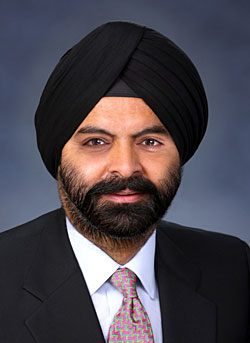 “In our pursuit of a truly connected world, trust and security are critical to successful digital development,” says Ajay Banga, President and CEO of Mastercard.

Therefore, for apart from being the "trusted provider", the government needs to educate people about their data while also safeguarding privacy.

The government itself needs to be quick to adjust to become more digital, he added. "If people trust the system and are made familiar with the system, adoption will follow."

Trust is critical to the adoption of digital payment and the transition to a cashless society, according to the research report Digital Planet 2017 by the Fletcher School at Tufts University, sponsored by Mastercard.

Since government and businesses are seen at the guarantors of trust, while consumers are the givers of trust, Ms Wedrychowicz of DBS said regulators must stay up-to-date and be digital to the core. Just wearing "digital lipstick" while still being analogue at the core won't work, she says.

To ensure safety and security, all stakeholders including central banks and law enforcement need to work together as a community to stay ahead in digital technology.

Privacy is another area of concern about digital payment. But advocates say innovations in authentication are making protection stronger. Artificial intelligence and biometrics such as fingerprint and facial recognition are now being used to ensure more security.

What is important is that no matter what method is used, the consumer must feel assured and know that there is back-end technology that is providing maximum safety and security.

"Whether people are okay with selfies, facial recognition, OTP (one-time password) or if somebody just feels okay with biometrics, that should be available," he said.

Regarding issues of privacy, Mr Sarker stressed the crucial role of local regulators in ensuring the safety of citizens' personal data.

Before a financial product is launched in the market, he said, it should be approved by local regulators, who need to keep themselves constantly updated on new technologies as well as privacy issues.

Thailand in this regard has adopted a "regulatory sandbox" system, in which innovations are tested in a controlled setting under the auspices of the Bank of Thailand before being given broader public release. The development of QR codes locally is an example of this approach.

When it comes to adopting e-payment, Mr McLaughlin says there is one fundamental truth: "For a society to become cashless, adoption must be encouraged, not forced."

Although governments are setting concrete numeric goals to motivate stakeholders to promote the use of digital payment, he stressed that trying to mandate a shift in public behaviour might not be viable.

Instead, he said, governments and businesses should focus on creating a system that is accessible and "much better" than the existing one. "After you can give people reasons to do it, people will change their behaviour without you having to force it on them," he said.

Local companies, financial institutions and fintech providers need to strive to create innovations that are precisely right for the people living in the areas they serve, since doing so will bring more people into the scheme.

For a cashless society to become reality, Mr McLaughlin stated that connectivity and infrastructure are fundamental.

"Connectivity is the key. Infrastructure must be good; the connection points must be very good; and [we have to] invest more in IT to make the connection good," he said.

He also stressed that digital connectivity must be inclusive, with a system that is easy to use. "Financial services must be simple and easy to use so that people are willing to use and migrate to it."

In the end, though, the transition to digital payment will be much faster compared with the adoption of debit and credit cards, said Mr Sarker, citing the volume of mobile phones and the ubiquity of internet connections.

Above all, he stressed the need to ensure financial inclusiveness. Governments have to ensure that no one will be left behind and that all can benefit from connectivity.

"As more and more people are enjoying the benefits of digital, many people, especially in the rural areas, are cut off from digital connectivity. We can ensure [inclusiveness] by combining the system with meaningful and useful financial products, such as providing social welfare digitally."