SEOUL: South Korea's Hyundai Motor Co said on Thursday it had invested in Southeast Asian ride-hailing firm Grab, as it seeks to expand into the region to reduce its reliance on China following a damaging diplomatic row between Seoul and Beijing.

Hyundai's first direct investment in a ride-hailing firm gives it a "foothold" in the world's third-biggest ride-hailing market after China and the United States, it said.

"The deal should help raise the exposure of Hyundai Motor in the region, while responding to the future mobility market," said Lee Sang-hyun, an analyst at IBK Securities.

Hyundai's interest in Southeast Asia has grown since South Korean companies were targeted last year in a Chinese backlash over Seoul's decision to deploy a US missile defence system against Beijing's objections.

The region of about 500 million people is dominated by Japanese carmakers, while Hyundai has focused on China and the United States. 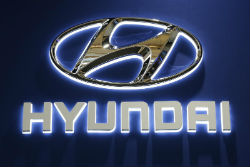 Hyundai is also looking to catch up with its peers in future mobility, the personal transport innovations from ride-sharing to self-driving cars that are expected to reshape the auto industry.

While it does offer car-sharing services in the United States and Europe, until now it has watched from the sidelines as competitors like GM and Toyota have allied with ride-sharing partners.

Hyundai and Grab said they would jointly develop services in Southeast Asia, including one utilising Hyundai's eco-friendly models such as the IONIQ Electric. They did not disclose the value of Hyundai's investment.

Hyundai last week announced for the first time a self-driving technology partnership with Silicon Valley start-up Aurora, a shift from its usual preference for developing technology itself.