Lao villagers are stranded on a roof of a house after the Xe Pian Xe Nam Noy dam collapsed in a village near Attapeu province, Laos, on Tuesday. (EPA-EFE/ABC Laos News)

Nineteen people died and more than 3,000 need to be rescued after a dam collapsed in a remote part of land-locked Laos on Monday evening.

Map of Laos locating a dam collapse on July 23. (AFP)

About 19 people have been "found dead", the paper said.

Several houses in the southern part of the district were swept away following the dam's collapse around 8pm on Monday evening, the report said, as officials in the province put out a call for relief aid for flood victims.

Nearly 24 hours after the dam's collapse local authorities said they were struggling to gauge the extent of the disaster.

"We do not have any formal information yet about any casualties or how many are missing," an Attapeu official told AFP on condition of anonymity, adding that was "no phone signal" in the flooded region.

"We sent rescue teams who will help them and provide basic assistance first," the official added.

The $1.2-billion dam is part of a project by Vientiane-based Xe Pien-Xe Namnoy Power Company, or PNPC, a joint venture formed in 2012.

A Thai company involved in the hydropower project confirmed that a 770-metre-long auxiliary dam used to divert river water had failed after heavy rainfall.

"The incident was caused by continuous rainstorm which caused a high volume of water to flow into the project's reservoir," Ratchaburi Electricity Generating Holding said in an English-language statement.

Under the terms of construction, PNPC said it would operate and manage the power project for 27-years after commercial operations began.

When contacted by phone in Laos' capital Vientiane, a company official told AFP: "We do not have any official reports about it yet. We are gathering information."

The 410-megawatt dam was supposed to start commercial operations by 2019, according to the venture's website. The project consists of a series of dams over the Houay Makchanh, the Xe-Namnoy and the Xe-Pian rivers in neighbouring Champasak Province.

Communist Laos is traversed by a vast network of rivers and there are several dams being built or are planned in the impoverished and landlocked country. The project planned to export 90% of its electricity to energy-hungry Thailand and the remaining amount was to be offered up on the local grid.

Images published in the report showed scores of people, some clutching young children, crammed onto low-slung wooden boats and wading through muddy waters.

Officials have brought boats to help evacuate people in San Sai district of Attapeu province in the southeast of the country as water levels rise after the dam collapsed, ABC Laos news reported.

Environmental rights groups have for years raised concerns about Laos' hydropower ambitions, including worries over the impact of dams on the Mekong River, its flora and fauna and the rural communities and local economies that depend on it.

A massive hydroelectric project at Xayaburi, led by Thai group Ch.Karnchang, is at the heart of Laos' plan to become "the battery of Southeast Asia".

The 1,285-megawatt dam -- which will cost $3.5 billion according to state media -- has sharply divided downstream Mekong nations like Vietnam and Cambodia who worry it will disrupt vital ecosystems and their own river systems.

Communist authorities in Laos keep tight control over information and is often opaque about business deals and development projects.

The country has around 10 dams in operation, 10 to 20 under construction, and dozens more in planning stages.

"Once they cast themselves as the battery of Asia, exporting electricity became one of the major revenue sources, so it's basically selling natural resources such as water," Toshiyuki Doi, Senior Advisor at Mekong Watch, told AFP, adding he was not aware of a dam collapse.

Occasionally, reports of accidents do emerge.

Six Vietnamese workers were killed when a gas cylinder exploded at the construction site of a hydropower plant in central Laos in July last year.

After break dam this women crying because she missing her husband and I'm not sure baby in her arm still a live #BREAKING #Laos #Dambreak #prayforlaos pic.twitter.com/UjeXj8IXTG 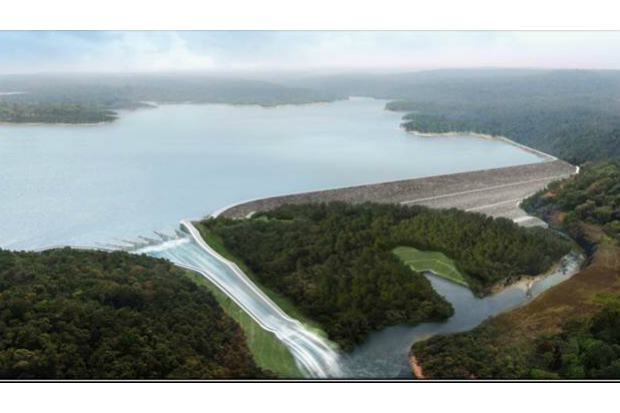 US rejects Russian demand that Ukraine stay out of NATO