Wanted poster obtained from the FBI shows Singapore businessman Tan Wee Beng, 41. US prosecutors charged Tan, once lauded as a leading young entrepreneur, with laundering millions of dollars in funds for North Korea.

The US has charged a Singaporean and two companies with washing illegal funds for North Korea over several years, using fronts in Thailand and elsewhere.

The Department of Justice also unsealed criminal charges against the person, Tan Wee Beng, accusing him of "a multi-year scheme to violate and evade US national security controls" against North Korea. Officials said he is also managing director of a marine fuels company involved in illicit economic activity with the North.

It's the latest step by the US to punish foreign companies and individuals said to have helped Pyongyang evade UN-mandated sanctions on its nuclear weapons program. The extra pressure comes even as President Donald Trump prepares for a second summit with North Korean leader Kim Jong Un to persuade him to disarm.

"Treasury will continue to enforce and implement sanctions until that time," Treasury Secretary Steve Mnuchin said in a statement.

The blacklisting covers Tan himself and the two companies, Wee Tiong (S) Pte Ltd, and WT Marine Pte Ltd. The action blocks any assets they may have in the US and generally prohibits Americans from dealing with them.

According to Treasury, Tan and at least one other individual in his company fulfilled millions of dollars in commodities contracts for North Korea dating back to 2011, and helped it avoid regulatory scrutiny. It says that at least once, when a wire payment was rejected, Tan orchestrated payment in cash, hand-delivered to a North Korean.

The indictment unsealed Thursday in the federal court of the Southern District of New York charges that Tan and at least two others used commodities businesses and front companies in Singapore, Thailand, Hong Kong and elsewhere to evade prohibitions on North Korea's access to the US financial system and dealings with entities already under sanctions.

Wee Tiong (S) Pte Ltd, and WT Marine Pte Ltd both list rice sales on their websites, saying that, "Our rice is mainly from Thailand..." 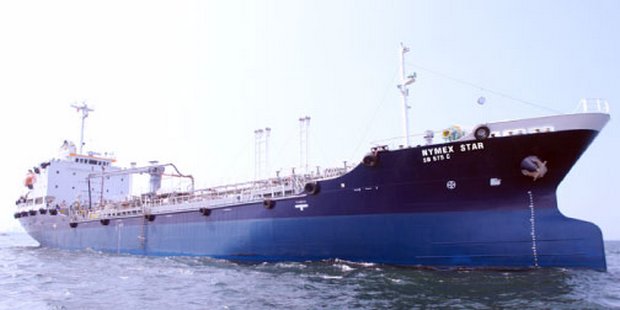 The website of Wee Tiong Pte Ltd says this ship, the Singapore-registered Nymex Star, carried Thai rice to 'clients'. This ship and the firm's oil tanker JW Jewel have been added to the US sanctions list. (Photo via weetiong.com.sg)

Tan is also charged with bank fraud, money laundering and conspiracy to defraud the United States.

At least one of Tan's alleged accomplices, who were not named, is expected to be brought to and arrested in the South District, the indictment says. Tan remains at large.

The company's LinkedIn profile says the company was incorporated in 1993 and is a regional importer of rice, wheat flour and sugar and has built up household brands such as Golden Royal Jewel in Singapore. It says that in 2015, the company expanded into the oil and gas industry, incorporating a new marine fuels division and recently acquiring 17 oil tankers to augment its fleet.

Companies in the wealthy city state in Southeast Asia, where North Korea has an embassy, have been previously implicated in its efforts to circumvent sanctions on banking, imports of oil and petroleum products and other business dealings.

Singapore was the venue of Trump's first, landmark meeting with Kim in June where the two leaders agreed on the vague goal of denuclearisation. There's been little progress since then. North Korea has continued its yearlong halt in weapon tests but wants the US to ease sanctions in exchange for further steps on its nuclear and missile programs.