Malaysian scandal spreads to US
World

Malaysian scandal spreads to US

Former Malaysian Prime Minister Najib Razak and his wife Rosmah Mansor wave to a crowd outside the High Court in Kuala Lumpur in July. They both face multiple charges of corruption and money laundering. (AP file photo)

WASHINGTON: The US Justice Department on Thursday charged a fugitive Malaysian financier in a money laundering and bribery scheme that pilfered billions of dollars from a Malaysian investment fund created to promote economic development projects in that country.

The three-count indictment charges Low Taek Jho, who is also known as Jho Low, with misappropriating money from the state-owned fund and using it for bribes and kickbacks to foreign officials, to pay for luxury real estate, art and jewellery in the United States and to fund Hollywood movies, including The Wolf of Wall Street.

Lawyers for Low and Leissner did not immediately return messages seeking comment. Goldman Sachs, which the indictment says raised about $6.5 billion through bond offerings for the fund, also did not immediately comment. Police in Malaysia said in July that Low had fled Macau to an unknown destination. He remains at large. It was not immediately clear if Ng had a lawyer. 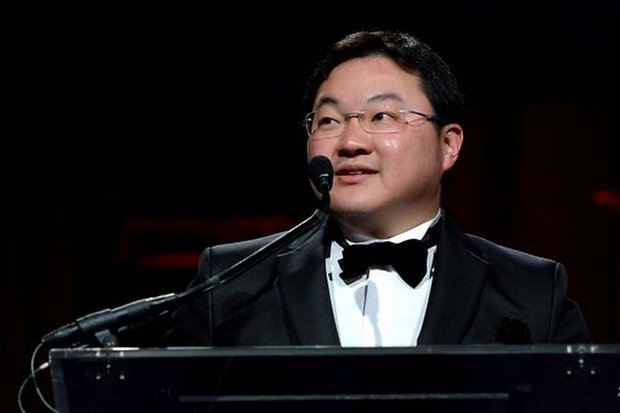 Jho Low: Malaysian financier arrested in the US faces charges of laundering billions of dollars embezzled from 1MDB and conspiring to violate the US Foreign Corrupt Practices Act by paying bribes to various Malaysian and Abu Dhabi officials. (File photo via AFP)

The charges are the first arising from a global scandal over the epic corruption scandal at the state investment fund known as 1MDB. The Justice Department in 2016 moved to recover more than $1 billion that it said had been stolen, filing a civil complaint that sought the forfeiture of property including a Manhattan penthouse, a Beverly Hills mansion, a luxury jet and paintings by Vincent Van Gogh and Claude Monet.

The fund, 1Malaysia Development Berhad, was set up in 2009 by then-Prime Minister Najib Razak to promote economic development. Najib chaired its advisory board and as finance minister held veto power over its activities.

A friend of Najib's stepson Riza Aziz, Low had no official role at 1MDB but had considerable influence over its dealings and was often in contact with Najib, according to the Justice Department, U.S. authorities have said.

The scandal has already had major political ramifications in Malaysia, where Najib in 2015 sacked his attorney general and a deputy prime minister for demanding answers about 1MDB. A parliamentary inquiry found many irregularities but had no mandate to prosecute.

Former leader Mahathir Mohammad, outraged over the scandal, came out of retirement and the opposition united behind him in the national elections, leading to Najib's ouster in May.