Dutchman Wiebe Wakker holds a charging cable as he poses with his electric vehicle, the Blue Bandit, after travelling 34 countries to reach Bluff, New Zealand's most southern tip, in this handout photo released on Friday. (Wiebe Wakker/Handout via Reuters)

WELLINGTON: A Dutch sustainability advocate completed the longest ever journey in an electric vehicle in New Zealand on Friday after a three-year drive that took him through more than 30 countries. 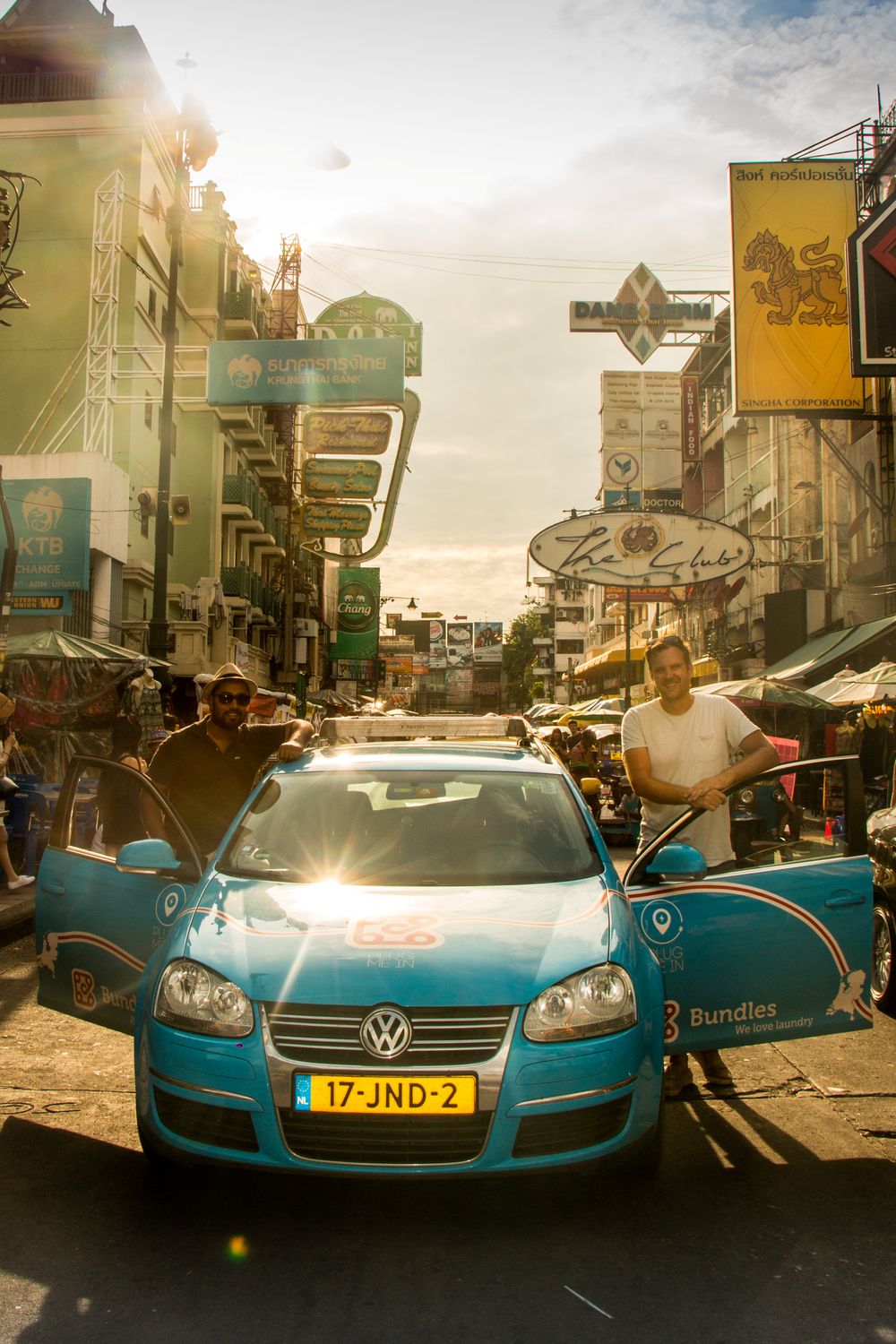 Dutch adventurer Wiebe Wakker on his electric car journey from the Netherlands to Australia, in Bangkok, in June 2017 in this picture obtained from social media. (Wiebe Wakker/Plug Me In Project/via Reuters

Wiebe Wakker set off from the Netherlands in March 2016 in his "Blue Bandit" to showcase the potential of sustainable transport, funded by donations from those following his trip on social media.

"I wanted to do my best to promote this technology and show that sustainability is a viable way of transport," Mr Wakker told journalists.

"I wanted to do something really that speaks to the imagination which is driving an electric car from Amsterdam to the other side of the world to show that it can be done."

The 101,000km trip took Wakker through Eastern Europe, Iran, India, Southeast Asia, before travelling around much of Australia and across to New Zealand.

M Wakker gave regular updates on his blog and social media throughout the journey, detailing visiting Iran's biggest car manufactuer in Tehran, a breakdown on the Indonesian island of Java and visits to Australia's outback and world-famous Uluru.

The drive had relied on the support of strangers across the globe who offered the traveller food, a place to stay and the essential means to charge his car along the way.