State Counsellor Aung San Suu Kyi waves to supporters from her car outside the airport after arriving in Nay Pyi Taw on Saturday. (AP Photo)

NAY PYI TAW: Thousands of supporters of State Counsellor Aung San Suu Kyi thronged the streets of Myanmar's capital on Saturday to celebrate her arrival back from The Hague, where she defended the country against genocide charges.

The Nobel laureate waved as her black car drove slowly past crowds who waved flags, held up pictures of her face and shouted jubilant greetings.

“Mother Suu went to the court on behalf of the country,” local farmer Khin Maung Shwe told Reuters. “Actually the accusation was against the army. But she took the first step of responsibility as a leader of the nation.”

The Gambia has accused Myanmar of violating the 1948 Genocide Convention after a military campaign that drove more than 730,000 Rohingya Muslims from Myanmar. It has asked the International Court of Justice to order “provisional measures” to prevent more harm.

Aung San Suu Kyi led a team to the Netherlands for three days of hearings, during which she denied genocide and argued the UN court should not have jurisdiction.

“Myanmar requests the court to remove the case from its list,” the state counsellor said on the final day of the hearings on Thursday. “In the alternative (the court should) reject the request for provisional measures submitted by The Gambia.”

The Nobel Peace Prize laureate’s surprise decision to attend the hearings in person has dealt a further blow to her tarnished international reputation.

Aung San Suu Kyi was long feted in the West as a champion of human rights and democracy, and was a high-profile political prisoner during 15 years of house arrest for her opposition to Myanmar’s then ruling military junta.

But her stance on the Rohingya issue has seen her stripped of many awards, calls for the Nobel committee to revoke her peace prize and strong criticism from former celebrity supporters and other organizations.

At home however, the daughter of Burma’s founding father Aung San is still revered by many.

The proceedings in The Hague have galvanised supporters, who have staged rallies across the country chanting “Stand with Suu Kyi” and waving flags. 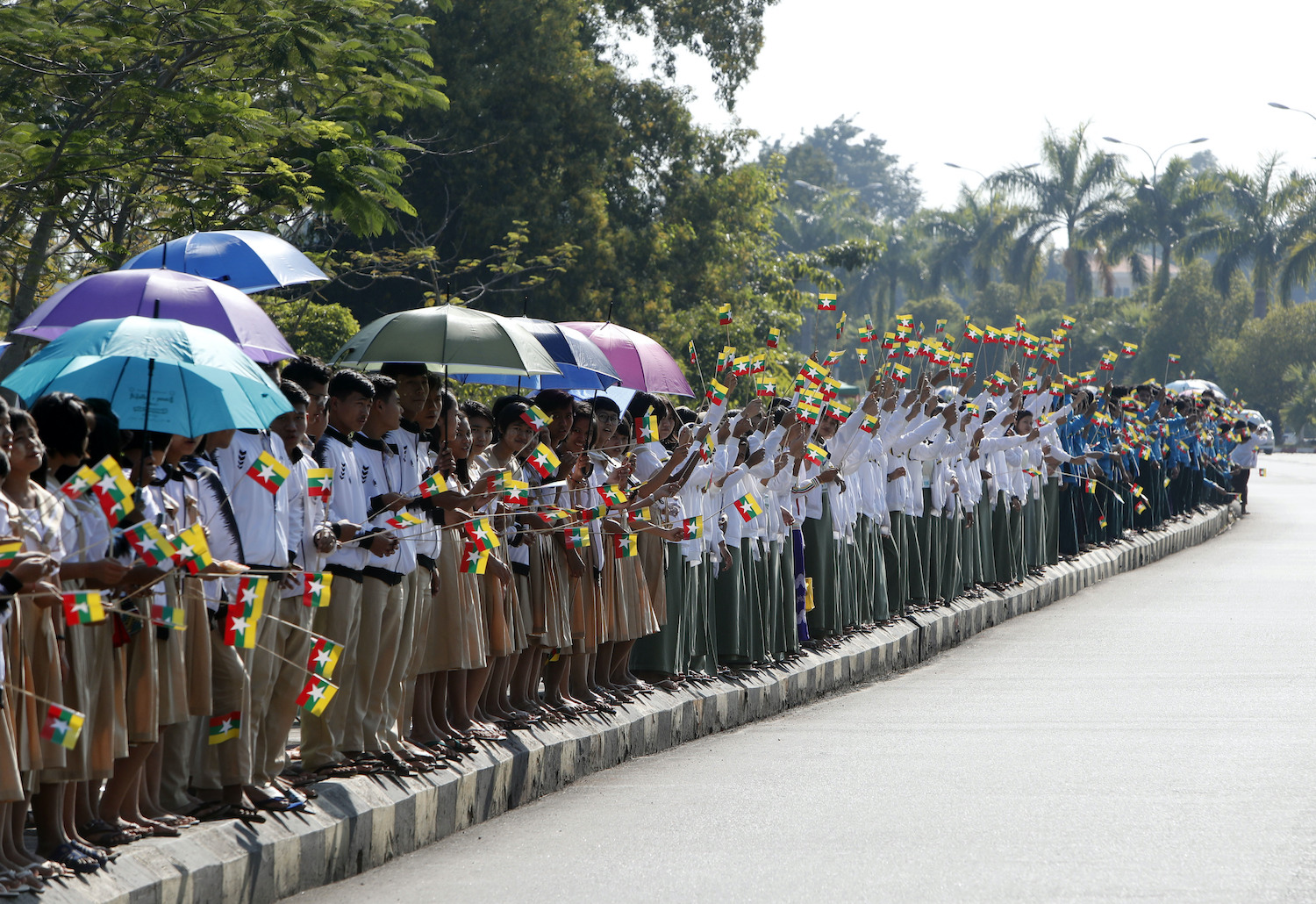 Supporters hold national flags as they welcome Aung San Suu Kyi back from The Netherlands on Saturday outside the airport in Nay Pyi Taw, Myanmar. (AP Photo)

No new Covid cases, no deaths