Passengers of 'MS Westerdam', a cruise ship that spent two weeks at sea after being turned away by five countries over fears that someone aboard might have the coronavirus, get off as it docks in Sihanoukville on Friday. (Reuters photo)

SIHANOUKVILLE: Passengers on a cruise ship that spent two weeks at sea after being turned away by five countries over coronavirus fears started disembarking in Cambodia on Friday.

After tests, no one on board was found to be carrying the virus, Cambodia's health ministry said.

Cambodian authorities granted permission for passengers to disembark on Friday morning, the ship's operator, Holland America Line, a unit of Miami-based Carnival Corp, said in a statement, ending two weeks of uncertainty for the cruise.

Charter flights were being organised to help passengers return home, the statement said.

"Flight details are being communicated to guests as they are finalised, and it is expected that a full disembarkation will take a few days given the charter flight schedule," the statement said.

The sound of cheering inside the ship could be heard from Sihanoukville port when the Westerdam finally docked on Thursday evening. 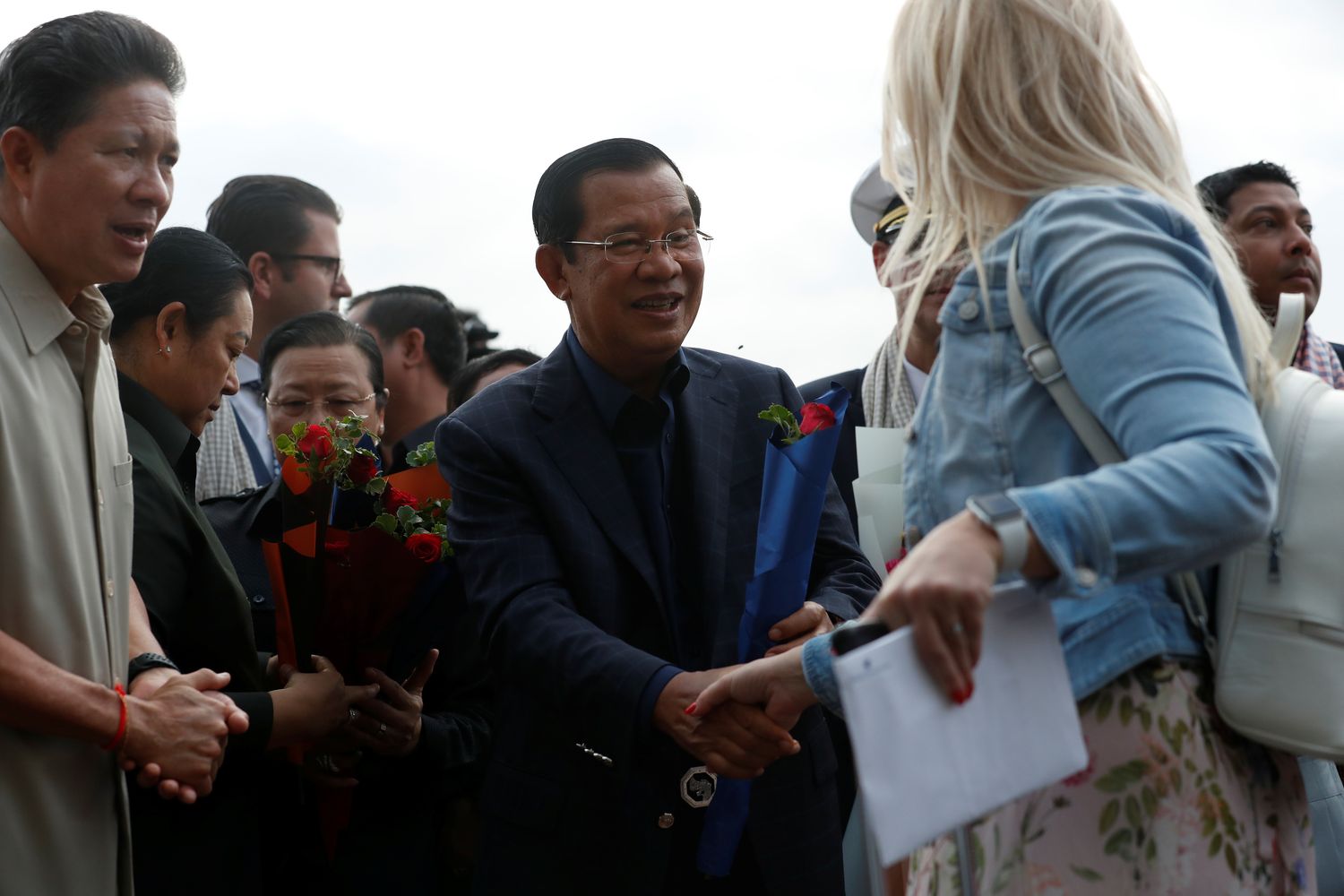 Cambodian Prime Minister Hun Sen personally greeted the passengers with handshakes and bouquets of roses as they stepped off the ship and boarded a waiting bus.

World Health Organization chief Tedros Adhanom Ghebreyesus praised Cambodia for its example of "international solidarity" that the WHO has been calling for.

Stoking authorities' fears in countries on the ship's route had been the quarantine in Japan of the Diamond Princess cruise ship, also managed by a unit of Carnival Corp. Of the 3,700 passengers and crew on that vessel, 218 have tested positive for the virus.

On Tuesday, the Westerdam tried to dock in Bangkok, but Thai authorities denied permission. On Wednesday, a Thai Navy warship escorted it out of the Gulf of Thailand, and it set a course for Cambodia, the Marine Traffic website showed.

William Gregory, a 76-year-old American tourist, said he was very happy with how he had been treated on board during the ordeal.

"They kept us in good spirits," he told Reuters. "I didn't stress. Very relaxing. We took tai chi".

The first batch of Sinovac Covid-19 vaccines that arrived Thailand on Wednesday has passed the Department of Medical Sciences' quality tests and are ready for delivery to state hospitals, according to Public Health Minister Anutin Charnvirakul.

LOS ANGELES: Lady Gaga has offered half a million dollars for the safe return of her two pet dogs, saying her "heart is sick" after they were stolen at gunpoint in Hollywood.

US House on cusp of passing $1.9 tn Covid plan but wage hike falters