The Nile is under massive strain from pollution and climate change and now the threat of a colossal dam being built far upstream in Ethiopia.

CAIRO: Early one morning in Cairo, volunteers paddle their kayaks across the Nile, fishing out garbage from the mighty waterway that gave birth to Egyptian civilisation but now faces multiple threats.

Egypt's lifeline since Pharaonic days and the source of 97 percent of its water is under massive strain from pollution and climate change and now the threat of a colossal dam being built far upstream in Ethiopia.

Undeterred, the flotilla of some 300 environmental activists do what they can -- in the past three years they say they have picked some 37 tonnes of cans, plastic bottles, disposable bags and other trash from the waters and shores along the Nile in Egypt.

"People have to understand that the Nile is as important -- if not more -- than the pyramids," said Mostafa Habib, 29, co-founder of the environmental group Very Nile.

"The generations coming after us will depend on it." (continues below) 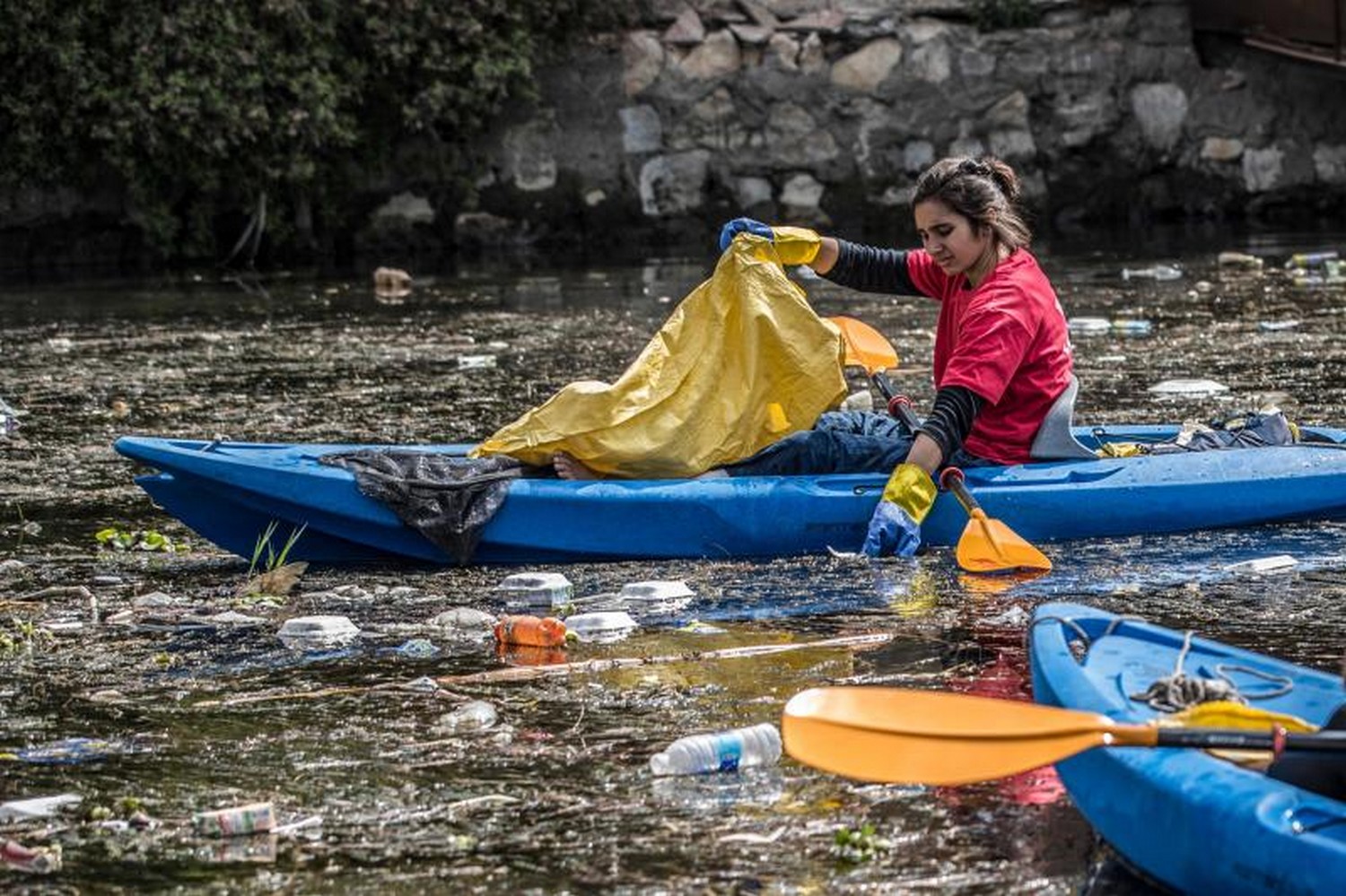 Volunteers in kayaks remove garbage from the Nile near the island of Manial in Egypt's capital Cairo on March 7. The river, Egypt's lifeline since Pharaonic days and the source of 97% of its water, is under massive strain from pollution and climate change, and now the threat of a colossal dam being built far upstream in Ethiopia. (Photo: AFP)

His fears echo those that millions worldwide share about other over-taxed and polluted rivers from the Mekong to the Mississippi -- an issue to be marked on World Water Day on March 22.

No country is more reliant on the Nile than Egypt, whose teeming population has just passed 100 million people -- over 90% of whom live along the river's banks.

Surrounded by a green valley full of palm trees, the north-flowing river is awash with boats of all sizes for tourism, fishing and leisure.

"All of us Egyptians benefit from the Nile, so cleaning it up is a way of giving back to my country," said one of the volunteers, Walied Mohamed, a 21-year-old university student.

"The Nile is the main source of drinking water for Egypt. We have no other major rivers flowing in our country."

Despite its importance, the Nile is still heavily polluted in Egypt by waste water and rubbish poured directly in to it, as well as agricultural runoff and industrial waste, with consequences for biodiversity, especially fishing, and human health, experts say.

Around 150 million tonnes of industrial waste are dumped into it every year, according to the state-run Environmental Affairs Agency.

Researchers predict the country's already stretched agricultural sector could shrink by as much as 47 percent by 2060 as a result of saltwater intrusion.

Cotton, one of the most widely cultivated plants along the Nile, requires a lot of water.

Egypt also faces a nationwide fresh water shortage by 2025, according to the UN.

Already around 7% of Egyptians lack access to clean drinking water and over eight million go without proper sanitation.

Egyptian officials say in 2018 the individual share was 570 cubic metres and that this is expected to further drop to 500 cubic metres by 2025.

But aside from all the existing threats, there is another issue that terrifies Egypt's national planners and has even sparked fears of war.

More than 3,000 kilometres  upstream on the Blue Nile, the main tributary, thousands of workers have toiled for almost a decade to build the $4.5-billion Grand Ethiopian Renaissance Dam, set to be Africa's largest.

Downstream countries, mainly Egypt but also drought-plagued Sudan, fear that the dam's 145-metre (475-foot) high wall will trap their essential water supplies once the giant reservoir, the size of London, starts being filled this summer.

Years of tensions between Cairo, Khartoum and Addis Ababa have even seen Washington jump in to mediate rounds of crisis diplomacy.

For Ethiopia, one of Africa's fastest-growing economies, the dam is a prestige project and source of national pride. (continues below) 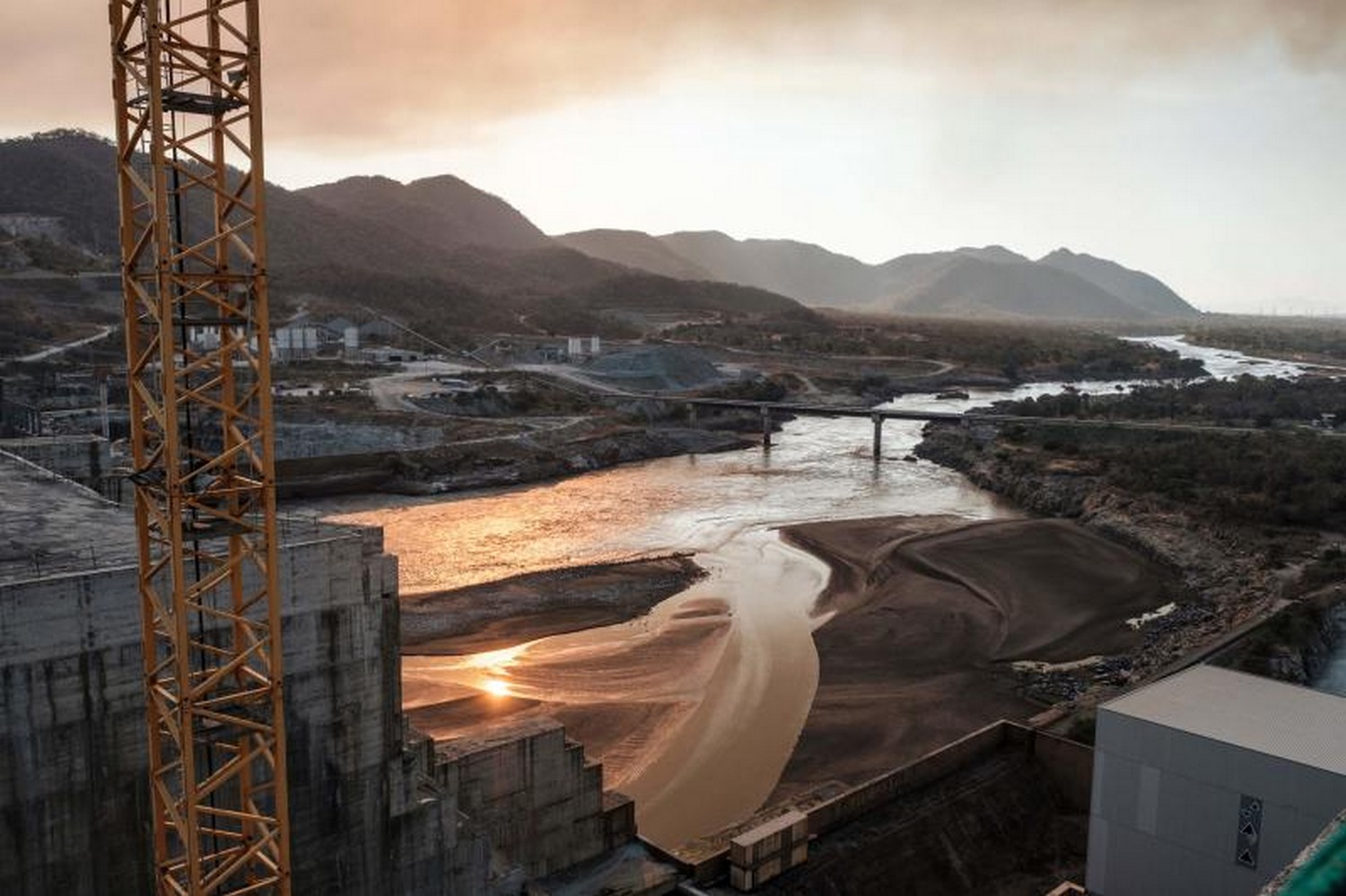 The Blue Nile river passes through the Grand Ethiopian Renaissance Dam, being built near Guba in Ethiopia. (Photo: AFP)

In a country of 110 million where even the capital is plagued by blackouts, it promises to provide electricity by 2025 to the more than half of the population that now lives without it.

Ethiopian Prime Minister Abiy Ahmed has insisted the project will not be stopped, warning that if necessary "we can deploy many millions".

In less belligerent but equally dramatic language, Egyptian President Abdel Fattah al-Sisi told the United Nations last year that "the Nile is a question of life, a matter of existence to Egypt".

For some farmers in Sudan, the dam promises to tame rainy season floods that inundate farms with silt and destroy crops and houses.

One Blue Nile farmer whom AFP visited in November, Osman Idris, said "it's a renegade river, it rises so fast".

If its flow is regulated, "we can plant crops through the year", explained the 60-year-old farmer.

"It will be better for the environment and for marketing our products, which means more income for us."

For Egypt, the crucial question now is at what rate Ethiopia plans to fill the 74-billion-cubic-metre reservoir -- Cairo demands it at least triple its proposed period of three to four years.

But experts also warn that Egypt must change its own water management practices.

"Egypt needs to invest in non-Nile sources of water," said Jeannie Sowers, a political science professor at University of New Hampshire who authored a book on Egypt's environmental policies.

"This means prioritising desalination plants on the coasts... and improving irrigation and drainage networks," she told AFP. (continues below) 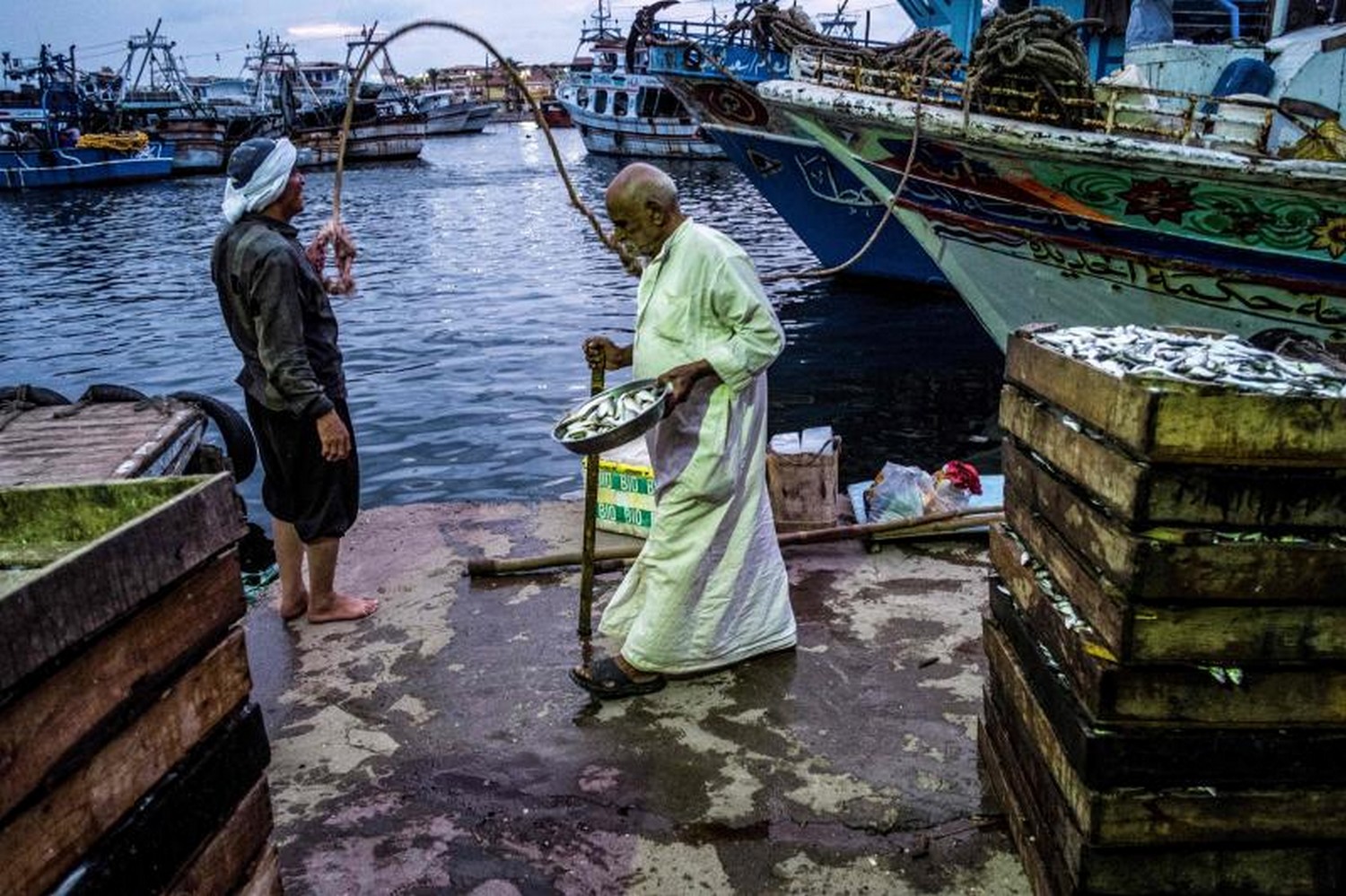 A man with a pan of freshly-caught fish walks along a pier in the Egyptian town of Ezbet al-Borg along the Nile river delta's Damietta branch, near the estuary into the Mediterranean sea. (Photo: AFP)

While steps have got under way on this, progress has been hampered by bureaucratic problems and economic woes linked to the Arab Spring protests of 2011.

Justin Mankin, a Dartmouth University geographer who wrote a study on climate change impacting the Nile, told AFP that "water stress will become widespread in the region, irrespective of rainfall increases".

He emphasised that the "region's governments must take steps to create water sharing schemes and practices that can ensure a sufficient and equitable distribution of water over the coming decades."

Meanwhile, the Egyptian volunteers push on in their kayaks and row boats doing what they can to reduce the garbage piled up on the Nile's banks.

"We have a treasure and we really haven't taken care of it," said Nour Serry, a Cairo graphic designer and avid volunteer.

"As Egyptians, we should be more attuned to cleaning up our Nile and the surrounding environment. This is our source of life."

Eighteen teenagers were handed jail terms for violating the terms of the Emergency Decree by holding a party and abusing drugs in Ayutthaya amid the Covid-19 pandemic.

National oil and gas conglomerate PTT Plc is pushing ahead with its plan to list its wholly owned subsidiary, PTT Oil and Retail Business Co (PTTOR), on the Stock Exchange of Thailand by floating shares accounting for 25%.

Authorities are trying to trace people who came in contact with the latest Covid-19 fatality, a 57-year-old man who had returned from Pakistan and died travelling on a southbound train on Monday night.