China is facing growing international pressure over its move to impose a security law on Hong Kong that critics say will destroy the city's autonomy.

The US, Britain, Canada and Australia led criticism of the planned law, which would punish secession, subversion of state power, terrorism and acts that endanger national security, as well as allow Chinese security agencies to operate openly in Hong Kong.

After China fended off initial American efforts this week to have the controversy put on the agenda of the United Nations Security Council, the US and Britain succeeded in securing an informal discussion about it for Friday, diplomatic sources told AFP.

Beijing's proposed security law "lies in direct conflict" with China's international obligations to guarantee certain freedoms in Hong Kong, the two countries said in a joint statement with Canada and Australia on Thursday.

"The proposed law would undermine the One Country, Two Systems framework," they added, referring to Hong Kong's special status within China under the terms of its handover from Britain in 1997. (continues below) 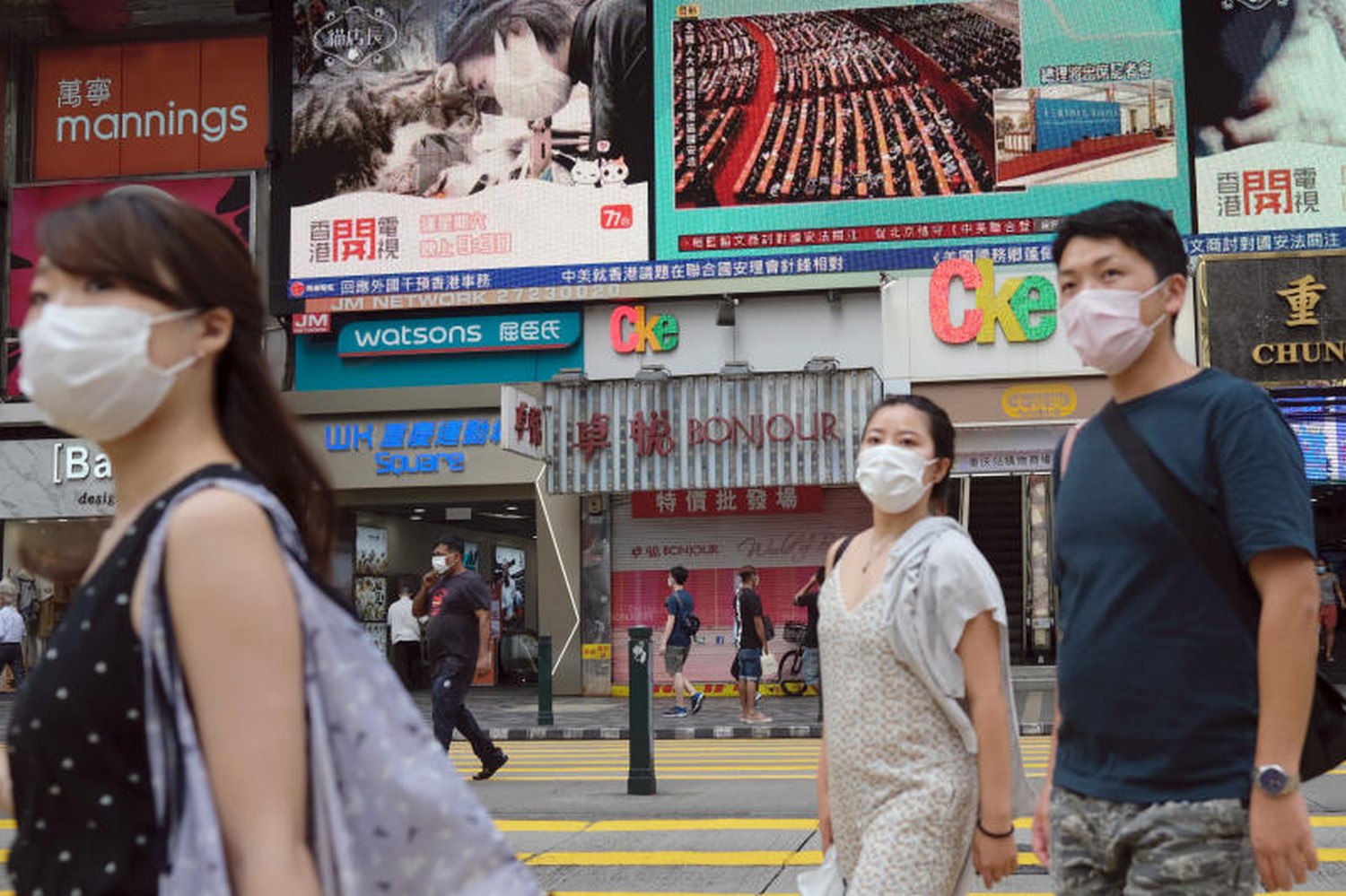 A huge public TV screen in Hong Kong shows the closing session of the National People's Congress in Beijing, during voting on the national security legislation for Hong Kong, on Thursday. (Photo: Reuters)

British Foreign Secretary Dominic Raab also said the UK would widen its rules around the rights of British National (Overseas) passport holders -- a status offered to many Hongkongers at the time of handover -- if China went ahead with the new law.

The Chinese parliament's vote came just hours after Washington revoked the special status conferred on Hong Kong, paving the way for the territory to be stripped of trading and economic privileges.

US Secretary of State Mike Pompeo said the status had been withdrawn because China was no longer honouring its handover agreement with Britain to allow Hong Kong a high level of autonomy.

US President Donald Trump also announced he would hold a press conference on Friday about China, with Hong Kong and a series of other flashpoint issues -- including the coronavirus, espionage and trade -- almost certain to be brought up.

"We'll be announcing tomorrow what we're doing with respect to China," Trump told reporters on Thursday.

"We're not happy with China."

China has remained defiant in the face of Western criticism on Hong Kong, insisting "foreign forces" are to blame for fuelling the pro-democracy movement and creating turmoil in the city of 7.5 million people.

Li Zhanshu -- chairman of the NPC Standing Committee which will now draft the law -- said Thursday the move was "in line with the fundamental interests of all Chinese people, including Hong Kong compatriots".

Under the "one country, two systems" model agreed before the city's return from Britain to China, Hong Kong is supposed to be guaranteed certain liberties until 2047 that are denied to those on the mainland.

The mini-constitution that has governed Hong Kong's affairs since the handover obliges the territory's authorities to enact national security laws.

But huge protests blocked an effort to do so in 2003, and Hong Kong's government then shelved it while watching the pro-democracy movement grow.

China's state-run media on Friday said the law was in the interests of protecting peace and autonomy in Hong Kong.

"For (Hong Kong residents), safeguarding national security is a must, rather than a choice," the official news agency Xinhua in a commentary.

Communist Party mouthpiece the People's Daily said in an editorial that law would only target "a small minority of people who are suspected of committing crimes that endanger national security."

But rather than diminishing the rights of Hong Kong residents, including freedom of speech, the law will "further safeguard those legal rights and freedoms in a safe environment," the paper said.

In Hong Kong, the pro-democracy movement voiced the opposite sentiments.

"They are cutting off our souls, taking away the values which we've always embraced, values like human rights, democracy, rule of law."