Pakistan remains a deeply conservative nation, yet there are signs of mounting anger over the handling of sexual abuse cases.

LAHORE: Raped at 14, Shazia took the rare and courageous step of reporting the crime to Pakistani police, only to face a traumatic "virginity test" -- a long-standing practice that denies justice to victims.

The teenager was still in a daze after she was assaulted by her father's cousin when police forced her to see a doctor, who conducted the invasive medical exam intended to determine whether she had a history of having sex.

"She told me to open my legs and inserted her fingers," Shazia, not her real name, told AFP in a written statement.

"It was very painful. I didn't know why she was doing it. I wish my mother had been with me."

In a country where rape is vastly underreported and survivors of sexual assault are viewed with suspicion, virginity tests are often ordered as part of police investigations.

The result can be critical to any criminal case, with an unmarried victim discredited if she is deemed to be sexually active.

That goes some way towards explaining Pakistan's abysmal rape conviction rate, activists and lawyers say, with official data putting it as low as 0.3 percent.

The "two-finger test" endured by Shazia requires a doctor to insert their fingers into the victim's vagina and record whether they "entered easily" or not.

A woman is supposed to conduct the examinations, but this guideline is not always followed.

They can have a harrowing effect on survivors of sexual assault, who already face terrible social stigma in a country obsessed with upholding the "honour" of women.

"I wasn't told how they were going to examine me. They only said that I had to be seen by a doctor to help the police," Shazia said of her ordeal from three years ago.

Similar virginity tests are employed in at least 20 countries around the world from Brazil to Zimbabwe, according to the World Health Organization.

It says the exams amount to human rights violations and have absolutely no scientific merit.

But Pakistani health authorities have long encouraged all girls and women who report rape claims to be subjected to the tests.

"I count this as another rape in itself," Sidra Humayun, an activist who handles sexual assault cases, told AFP.

"Most rape victims I have worked with have spoken of being traumatised by it." 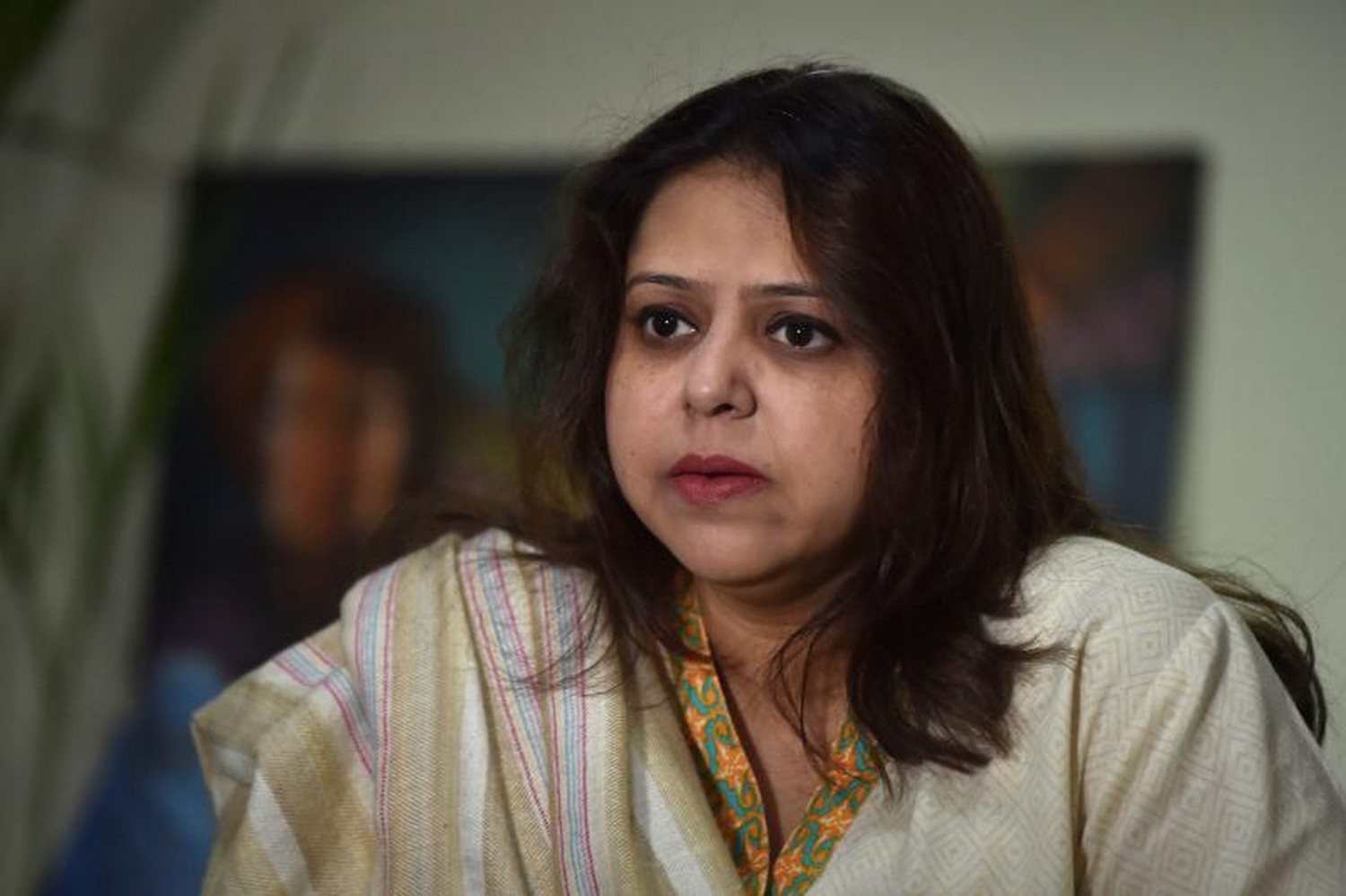 Sidra Humayun, a case worker with survivors of sexual assault, speaks during an interview with AFP in Lahore. In Pakistan, where rape is vastly underreported, victims are viewed with suspicion and virginity tests are often considered critical to any police investigation. (Photo: Arif Ali/AFP)

Court documents seen by AFP paint a vivid picture of how female rape victims can be shamed and ridiculed if a medical officer concludes that they have a history of sexual intercourse.

A man convicted of raping a 15-year-old in a village outside the city of Faisalabad was freed on appeal in 2014, after the judge considered the results of the two-finger test and ruled that the teenager was a "lady of easy virtue".

"The uncorroborated statement of (the victim) may not be relied upon as it came from the mouth of a spoilt girl," the judgement said.

The invasive examinations are sometimes conducted without the full understanding or even the consent of rape victims, often by practitioners who lack sensitivity training, case workers and lawyers say.

A woman doctor working in one of Lahore's government hospitals told AFP she regarded young rape victims with suspicion.

Without offering any evidence, she claimed that families often fabricate rape claims if they discover an unmarried daughter is having sex.

"But we can easily determine through the tests that we perform whether the girl has had sex before or not. So we know which claim is fake and which isn't," she said on condition of anonymity.

Some historians say virginity tests date back to the colonial era and were used by the British to discredit local rape victims, with the practice widely adopted in India and Pakistan after independence.

"It arose under colonial times as a consequence of the misconception or the stereotypical belief that native women tend to lie about these crimes," explains Sadaf Aziz, a campaigner against the tests.

Pakistan remains a deeply conservative nation, yet there are signs of mounting anger over the handling of sexual abuse cases.

The recent gang-rape of a mother in front of her children on a motorway sparked nationwide protests, fuelled by a police chief's comments that she should not have been driving alone at night.

Following the outcry, Pakistan's president last month approved a new anti-rape law which bans the two-finger test but does not rule out visual virginity examinations.

The law has yet to be ratified by parliament.

But activists this month achieved a major win in the country's most populous province of Punjab, where the Lahore High Court outlawed all virginity tests -- the first such ruling in Pakistan.

Lawyers hope it could spur a domino effect across the country, with a similar case making its way through the courts in neighbouring Sindh province.

Sameer Khosa, a lawyer who campaigned for the ban in Punjab, warned that the ruling was just the start of a battle against entrenched patriarchal attitudes in Pakistan's justice system.

"This is something that has been going on for decades", he told AFP.

"Officials will suddenly have to be retrained to understand that this (test) isn't relevant anymore."

Across the border in India, the test continues to be performed despite a formal ban in 2013.

Fourteen-year-old Komal, not her real name, was forced to undergo a virginity test last year while her parents were absent after she was raped by a local temple priest in India.

"(The doctors) didn't ask me anything before doing it," she told AFP over the phone. "It's a matter of shame. It's not good to insert fingers into a girl's private parts."

Ashif Shaikh, who heads the Indian anti-sexual violence non-profit Jan Sahas, told AFP that his organisation alone identifies "hundreds of cases every year" where the two-finger test is performed.

"It isn't easy for victims to watch their rapists walk free while their own honour is being questioned," said Abdul Ghaffar Khan Chughtai, a lawyer from the Pakistani city of Bahawalpur.

"My client decided not to pursue a case any further because she felt she wouldn't get justice."

Ten at a time funerals for quake victims