Motorbike taxi diver Soonthorn poses for photos as he demonstrates how he smokes a methamphetamine pill, during an interview with AFP in Bangkok. (Photo: Jack Taylor/AFP)

Cheaper than a coffee but powerful enough to keep him riding Bangkok's streets without sleep, Soonthorn puts a flame to a methamphetamine tablet wrapped in foil and inhales the intoxicating vapours.

Thailand has long been a global gateway for exports of the drug, but the coronavirus pandemic's sudden disruption of international transport has seen a surge in cut-price "yaba" tablets in the local market.

The drug keeps Mr Soonthorn alert while he ferries passengers around the capital's traffic-snarled boulevards on his motorbike.

On the days he works without it he feels like his "brain is missing something", and at the height of his addiction he stole from his parents and former wives.

"I'd steal at every chance -- watches, necklaces, rings... the drug was the first priority for me," he said.

Meth prices have slumped around Mr Soonthorn's home in the Klong Toey slum, where pills are sold for as little as 50 baht apiece.

The father-of-four has taken yaba for years, but traffickers are also chasing new addicts.

"Supply is bunched up... it's not getting to the high value markets like Australia or Japan because logistics are screwed up," said Jeremy Douglas of the UN Office on Drugs and Crime. That was forcing traffickers in Thailand to look locally, he told AFP."There's lots of users and potential users. You don't just sell to meet existing demand. You create demand," he added.

The Golden Triangle, a small pocket of territory traversing the Myanmar, Laos and Thailand frontiers, has for decades been the hub of Southeast Asia's lucrative drug trade. Synthetic drug production has boomed in parts of Myanmar, where it is the number one revenue source for insurgent groups and militias based on the border.

Organised crime gangs also take a large cut. The business made at least US$71 billion in profit in 2019, with methamphetamines accounting for more than 80% of the windfall, according to UN estimates. (continues below) 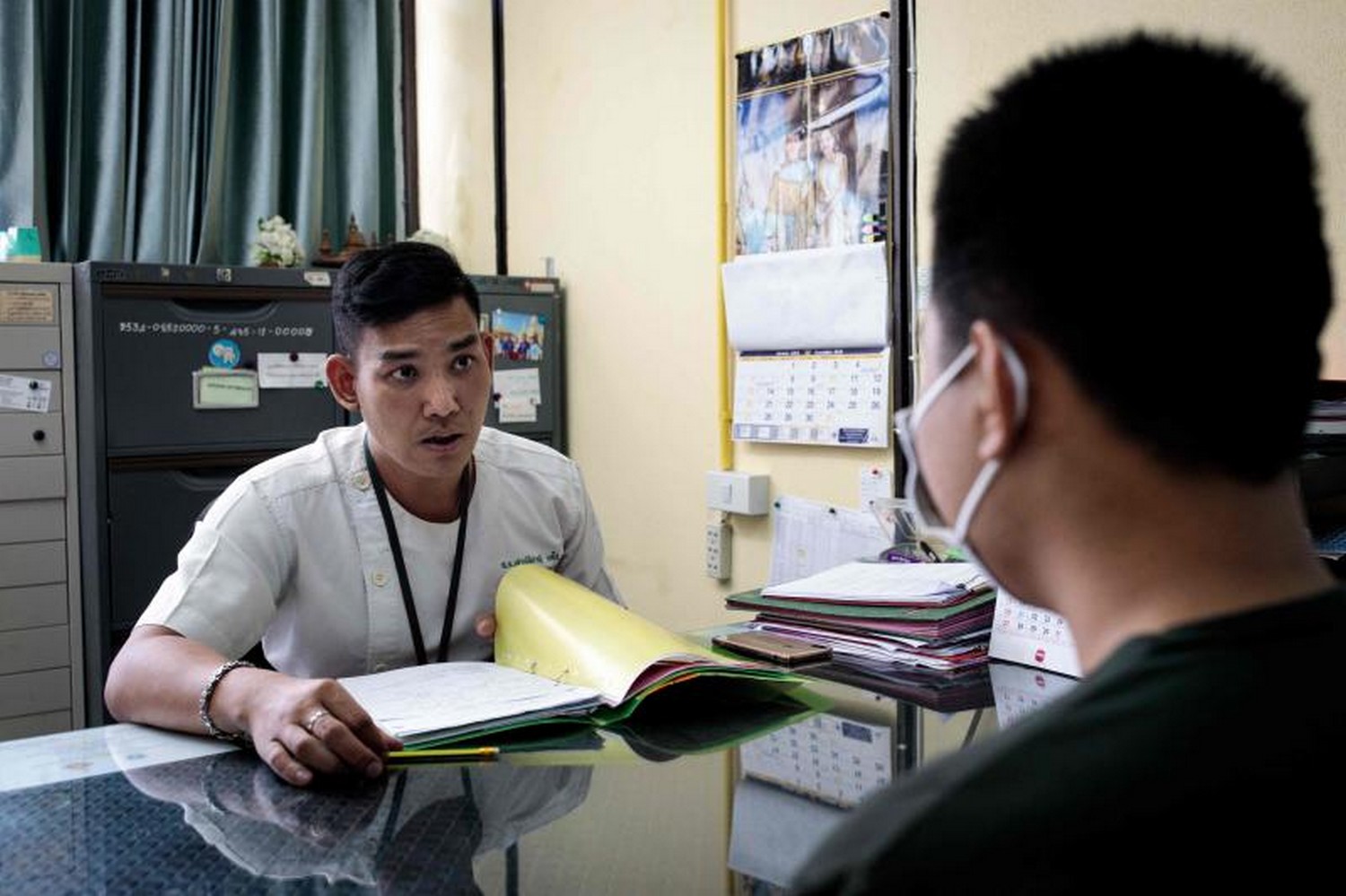 The networks are also nimble. As coronavirus cases surged in Myanmar last year, Thai soldiers ramped up border patrols.Traffickers responded by rerouting their drug shipments through Laos, Douglas said.Drug hauls feature almost daily in headlines across the region -- in a series of major stings this year, Thai police arrested 19 people and netted more than 14 million pills.

The pandemic has thrust Thailand's tourism-dependent economy into its worst downturn since the 1997 Asian financial crisis and there are fears that unemployment will see a surge in drug dependency.

"When they have too much time on their hands and because it's easy to get drugs right now, users can't control themselves," said Shaowpicha Techo, a rehabilitation psychologist at a health clinic in Klong Toey.

But he also said that people in the workforce -- particularly those in strenuous manual labour jobs -- also get hooked on yaba by using the drug to boost their ability to work long hours and make more cash.

"Over time it actually becomes the other way round because they can't find enough money to buy drugs," Mr Shaowpicha said.

Former addict Jum, 32, said taking pills gave her the strength to carry heavy sacks of rice all day. "It made me feel like a man when I was a dock worker. Even the men were amazed by my strength," she told AFP. (continues below) 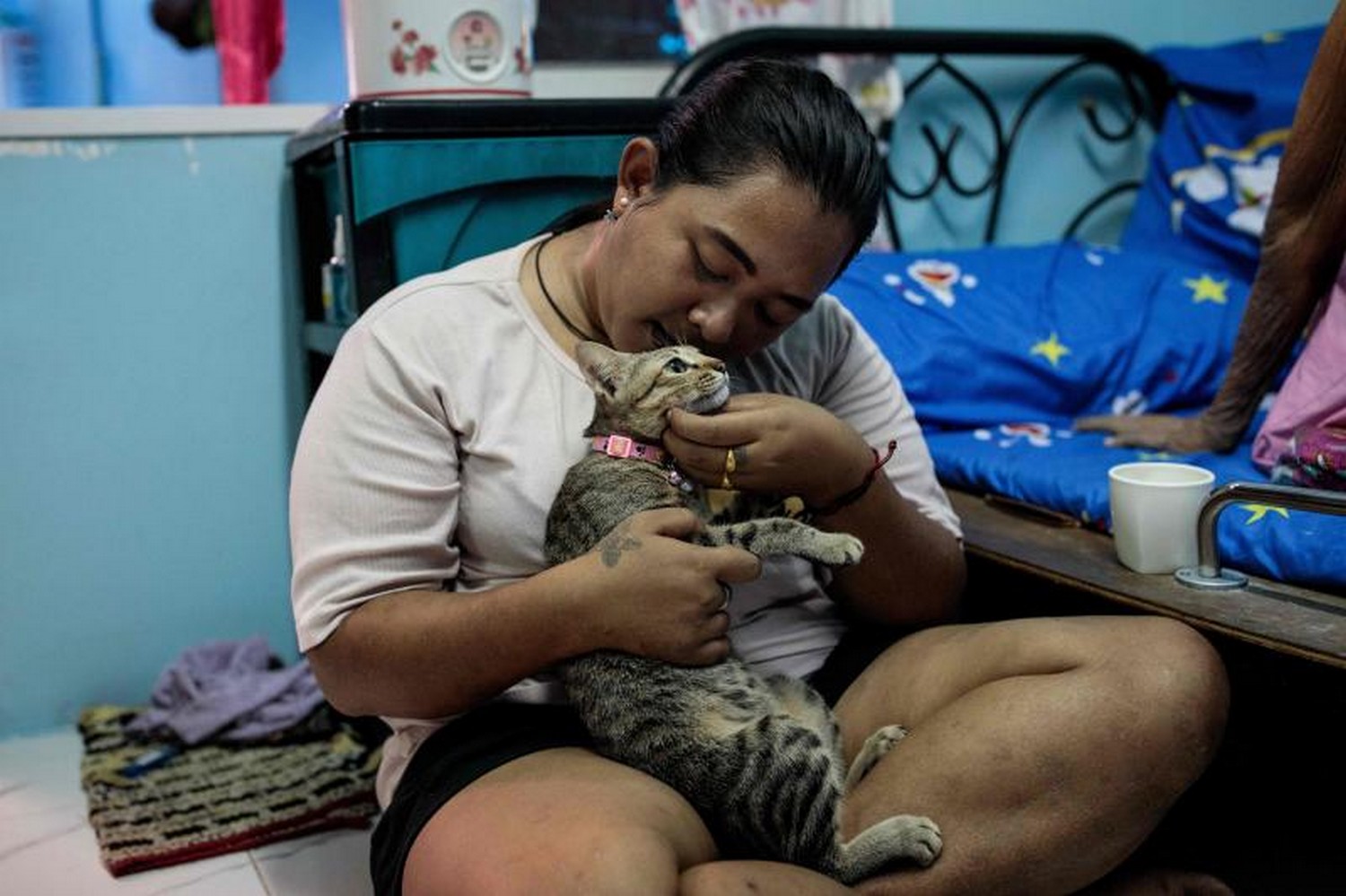 Former meth user Jum playing with her cat at their home in Bangkok. (Photo: Jack Taylor/AFP)

Rehabilitation can take years as former addicts try to rebuild their lives. Ms Jum is now working to bring her four children out of an orphanage.

"I'm trying to get my life back together, get a proper job, find a permanent address and get my kids back," she said.

"Whenever I see my kids on weekends. They always ask me 'when can I come home and live with you.' I tell them that 'mummy is trying very hard, but... you have to be patient'."