YANGON: Guarded by police and soldiers, authorities in Myanmar disturbed the grave of a 19-year-old woman who became an icon of the anti-coup protest movement after she was shot dead while wearing a T-shirt that read “Everything will be OK”, a witness and local media said.

One witness said the body of Kyal Sin, widely known as Angel, was removed on Friday, examined and returned, before the tomb was re-sealed in Mandalay. The independent Mizzima news service reported the same.

State media on Friday questioned reports that the protester had been killed by security forces when they opened fire to disperse a demonstration on Wednesday, and said the cause of death was being investigated by “rule of law bodies”.

Pictures provided to Reuters by a resident who visited the grave on Saturday showed cement that was still drying as well as discarded rubber gloves and boots, surgical gowns and boots. One block appeared to be stained with blood.

A witness who lives near the graveyard said he had seen the grave opened using power tools on Friday evening by a team of at least 30 people that arrived with four cars and two police trucks as well as two trucks of soldiers for security.

“They pulled out the coffin and removed the body and placed it on a bench. They even placed a brick under the head,” said the witness, who declined to be named for fear of reprisals.

“Those who seemed to be doctors wearing the protective cover did something to the body, I think they were touching the head. They took a small piece from the body and showed it to each other.”

Reuters was unable to independently confirm accounts of what happened.

Two other people told Reuters they were warned by local residents not the enter the cemetery on Friday as police and military were inside unearthing Kyal Sin’s body.

Photographs of her body on Wednesday showed a bloody head wound.

The state-run Global New Light Of Myanmar newspaper said on Friday that experts had analysed the photograph and concluded the injury was not consistent with being caused by an anti-riot weapon.

“If it is the injury caused by the riot weapon or live ammunition, it is not possible for the head of the deceased person to be in good condition,” it said.

“The respective rule of law bodies are investigating the cause of her death and more information will be announced in a timely manner.”

Kyal Sin was among at least 38 people killed on Wednesday, the bloodiest day so far in attempts by security forces to stop protests against the Feb 1 coup that has prompted daily demonstrations for over a month.

The army says it has been restrained in the use of force, but that it will not allow protests to threaten stability. Despite the growing violence directed against demonstrators, large crowds continue to take to the streets.

The army said it overthrew and detained elected leader Aung San Suu Kyi after the electoral commission rejected its allegations of fraud in an election in November that her party had won by a landslide.

Protesters have rejected the army’s promise of new elections and demand the release of Suu Kyi and other detainees. 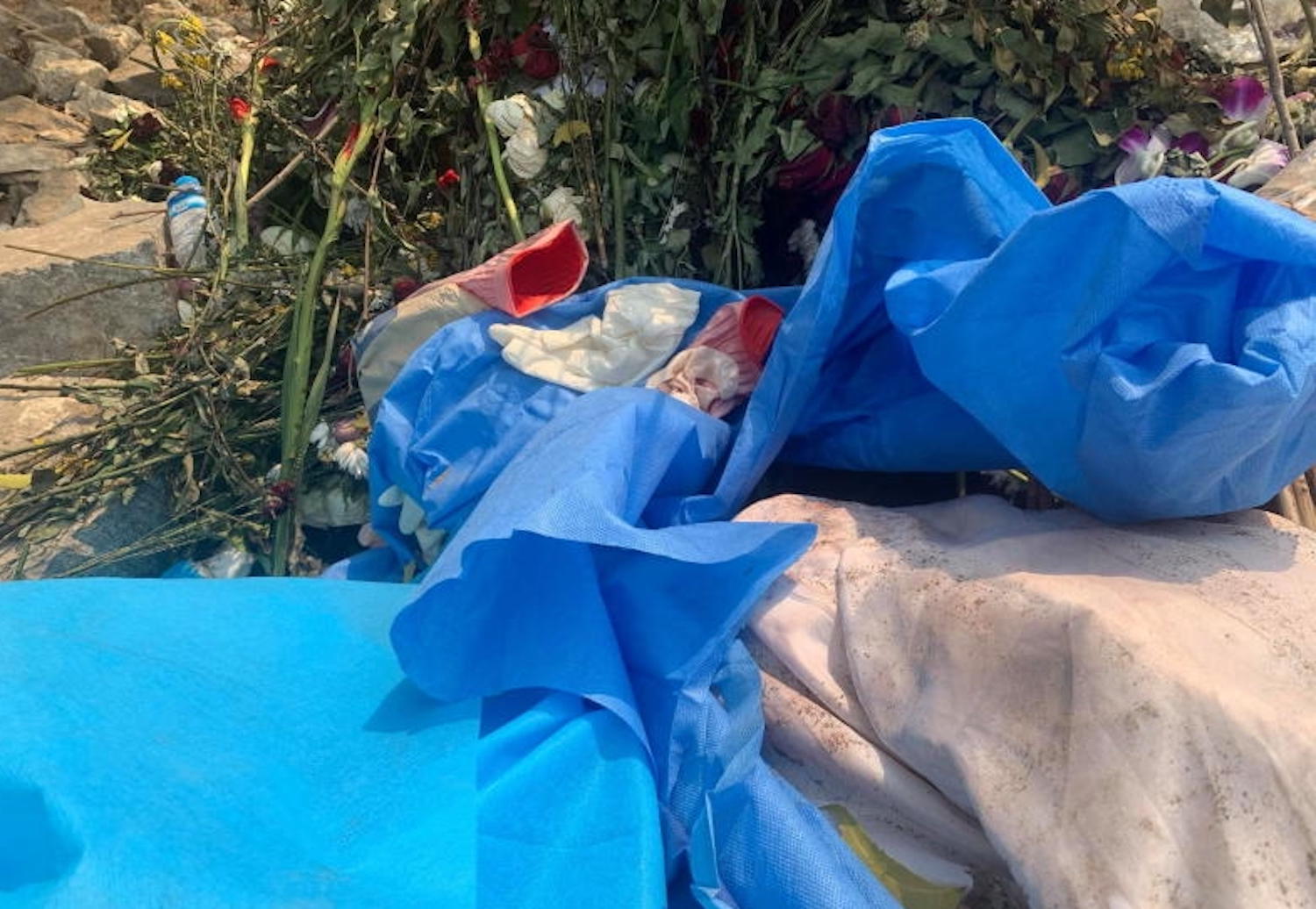 Discarded medical gear lies around the grave of Kyal Sin in Mandalay, Myanmar, in this picture obtained from social media. (Htun Aung Kyaw via Reuters) 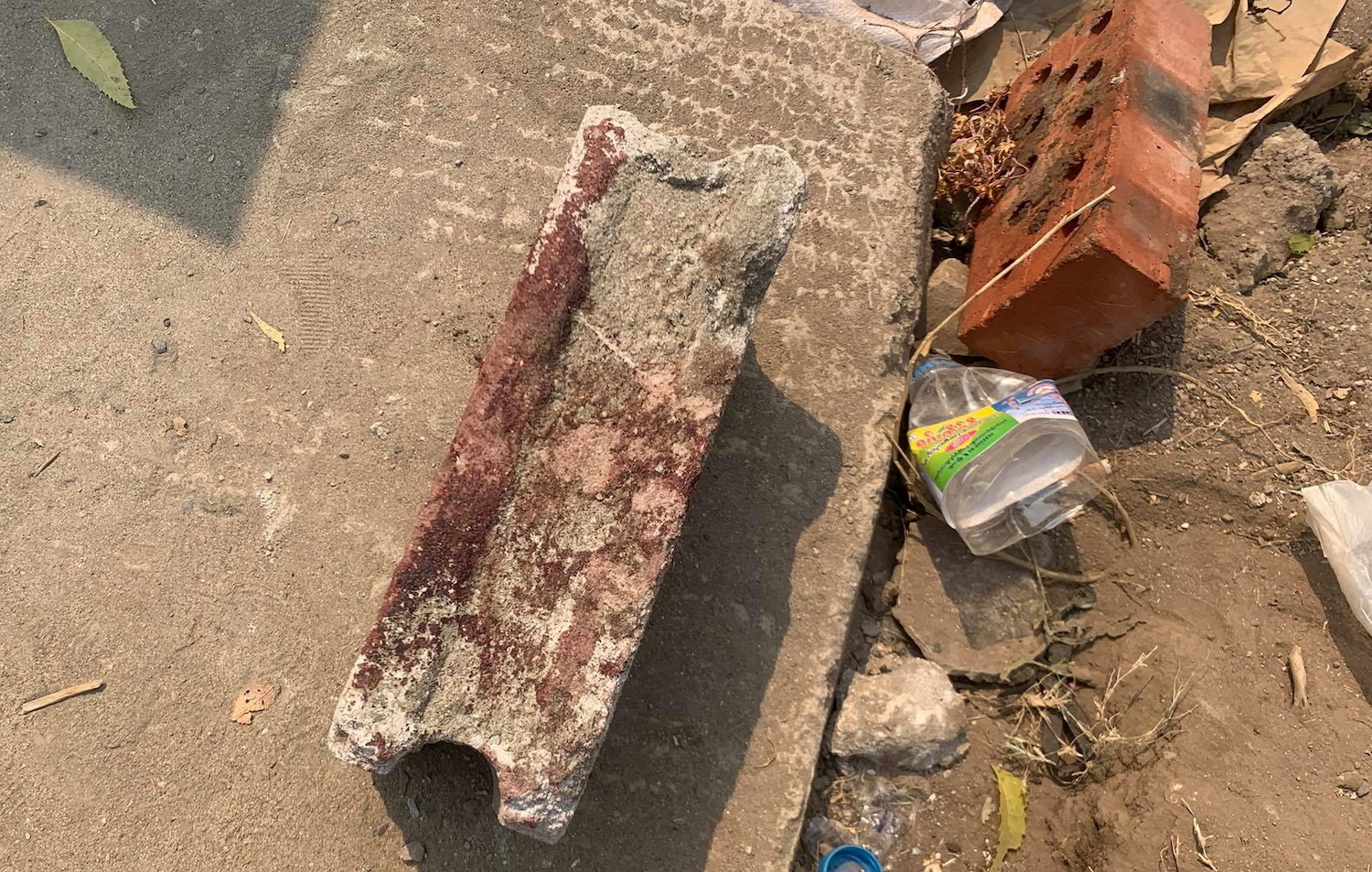 A blood-covered brick is scene at the grave of the young protester. (Htun Aung Kyaw via Reuters)