Giant pouched rats from Tanzania have an extraordinary sense of smell, making them well suited to detect land mines in an area being demined in Preah Vihear province of Cambodia. (Reuters Photo)

PREAH VIHEAR, Cambodia: Cambodia has deployed its next generation of rat recruits to sniff out landmines as part of efforts to boost demining operations in a country plagued for decades by unexploded ordnance (UXO).

“They are all easy to work with and they don’t care about who their handlers are,” said handler So Malen, during an exercise on Friday for seven recruits in Preah Vihear province, bordering Thailand.

“Any one of us can be their handler and most importantly, they don’t bite.”

Scarred by decades of civil war, Cambodia is one of the world’s most heavily landmined countries, with more than 1,000 square kilometres of land still contaminated.

It has among the highest number of amputees per capita, with more than 40,000 people losing limbs to explosives.

The new rat batch replaces a recently retired group that includes Magawa, who found 71 landmines and 28 UXO during his five-year career, according to Apopo, an international organisation that specialises in training rats to detect landmines. They can also be used to detect tuberculosis.

Magawa received a gold medal last year from the UK-based People’s Dispensary for Sick Animals for “lifesaving bravery and devotion to duty”.

Handler So Malen said the rats have an extraordinary sense of smell that guarantees results, and that all that separated them was their work rate.

“The small difference is that Magawa is a hero rat who worked faster than others,” So Malen said. 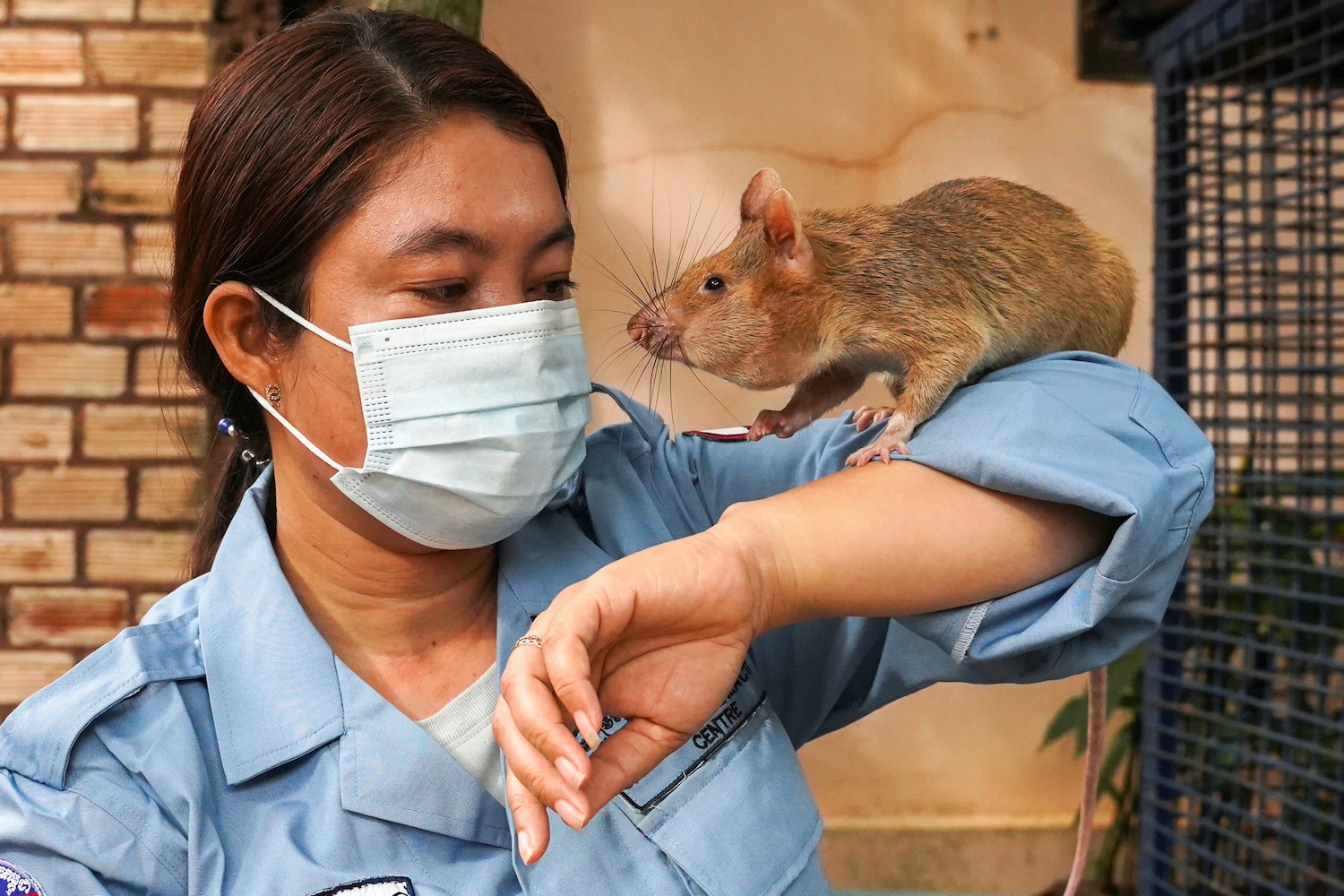 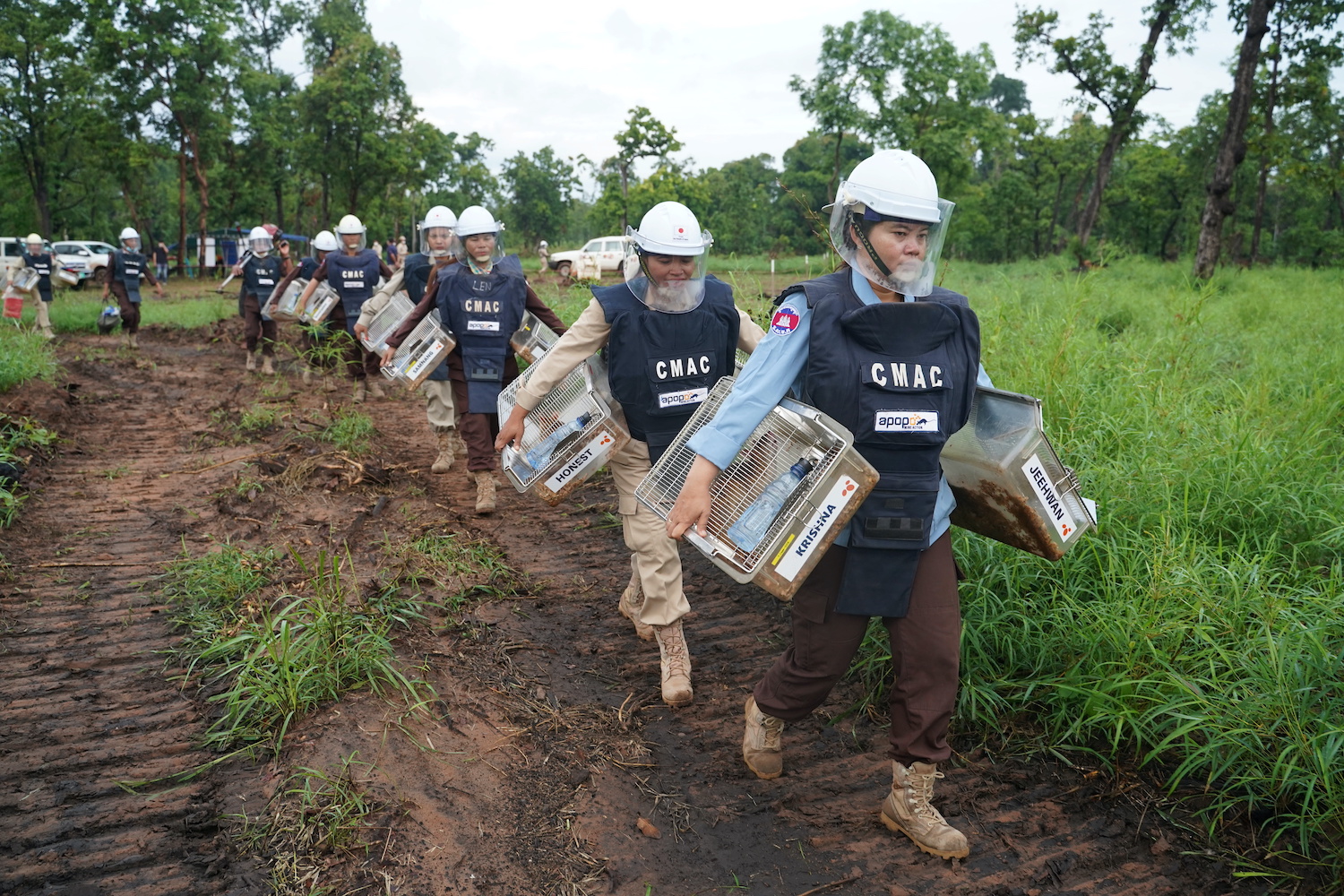 Handlers carry mine detection rats in their transport cages to work in an area being demined in Preah Vihear, Cambodia. (Reuters Photo)