In honour of the momentous occasion, the Ambassador to Thailand, H.E. Ms. Suchitra Durai, to discuss the country’s greatest Bangkok Post spoke to the Indian

successes at home and abroad, its plans for the future and the importance of India’s ancient relationship with Thailand, which stretches back thousands of years.

As India celebrates the 75th anniversary of its independence, what have been the most important achievements during this period? In these 75 years, India’s growth story has been impressive, from agricultural production to nuclear and space technology, from affordable health care to world-class educational institutions, from Ayurveda to biotechnology, from giant steel plants to becoming an IT power and having the third-largest start-up ecosystem in the world. 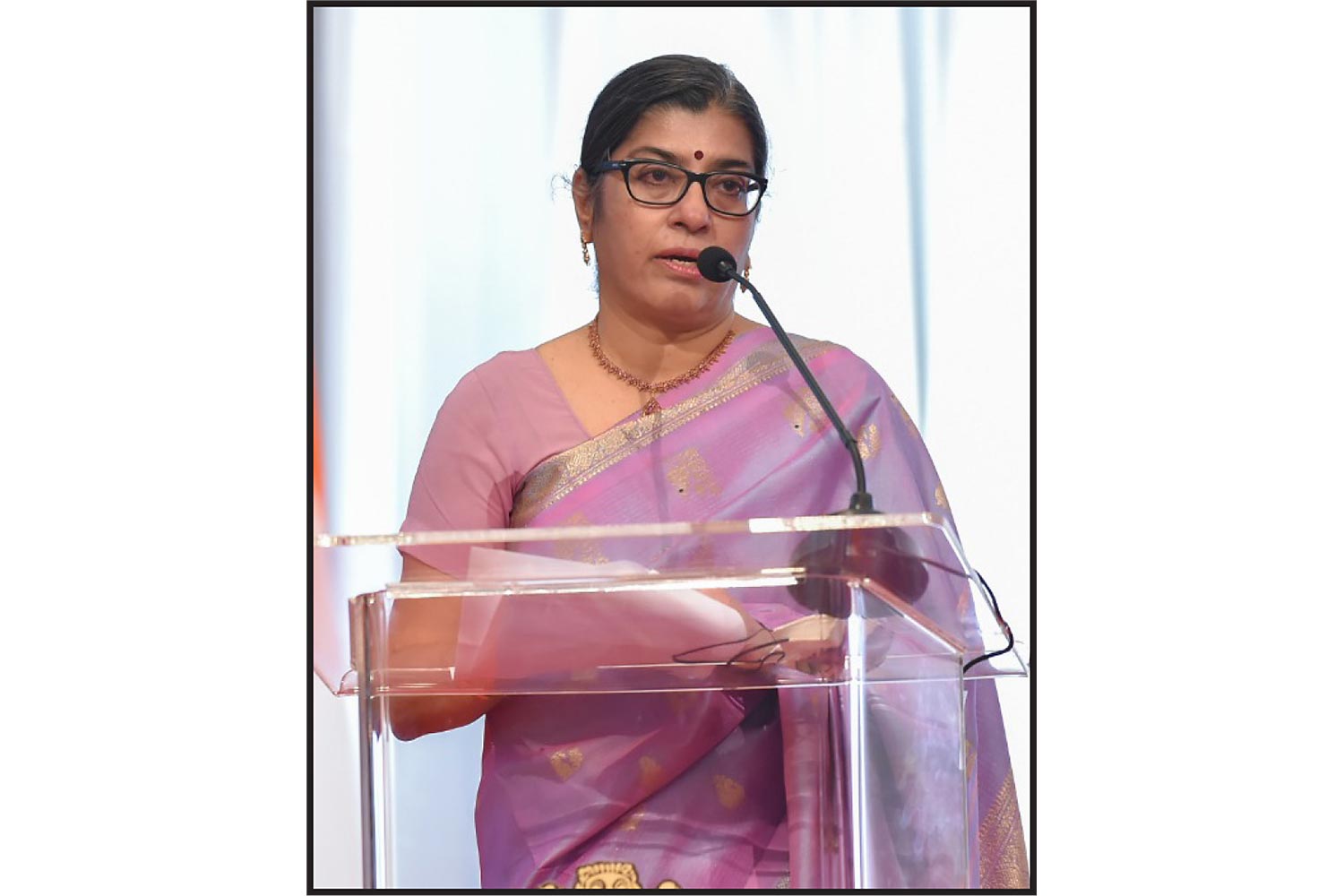 India’s birth as an independent nation through a non-violent freedom movement led by Mahatma Gandhi and other great leaders was indeed unique. The establishment of a vibrant democratic polity by our founding fathers and mothers, and the strengthening of those democratic values over the last seven and a half decades, has been one of India’s greatest achievements. Given India’s great diversity, in terms of geography, language, religion, culture and ethnicity, the country’s journey towards development, prosperity and stability is a story of inspiration. Strong democratic institutions, a widely respected electoral body, the rule of law, a vigorous media and a vibrant civil society have contributed to what India is today. Democratic values in India have percolated to the grass-roots through the decentralised system of governance which begins at the level of village councils or the Panchayati Raj Institutions. This is one of the biggest achievements of independent India.

Democracy has ensured that virtually every region of India and every group is represented at the highest levels of office in India. Women leaders have been elected as Prime Minister, President and Speaker of the Indian parliament and chief ministers of several of India’s large states. Since independence, women have been in senior bureaucracy, police and now in combat roles in our armed forces, working as space and nuclear scientists and CEOs of major firms.

Affirmative action has enabled all sections of society to have access to higher education, government jobs and to rise to occupy leadership positions in both public and private sectors. And while we are conscious of our 5,000 years of continuous history, we are proud of our contemporary achievements in the area of science and technology. 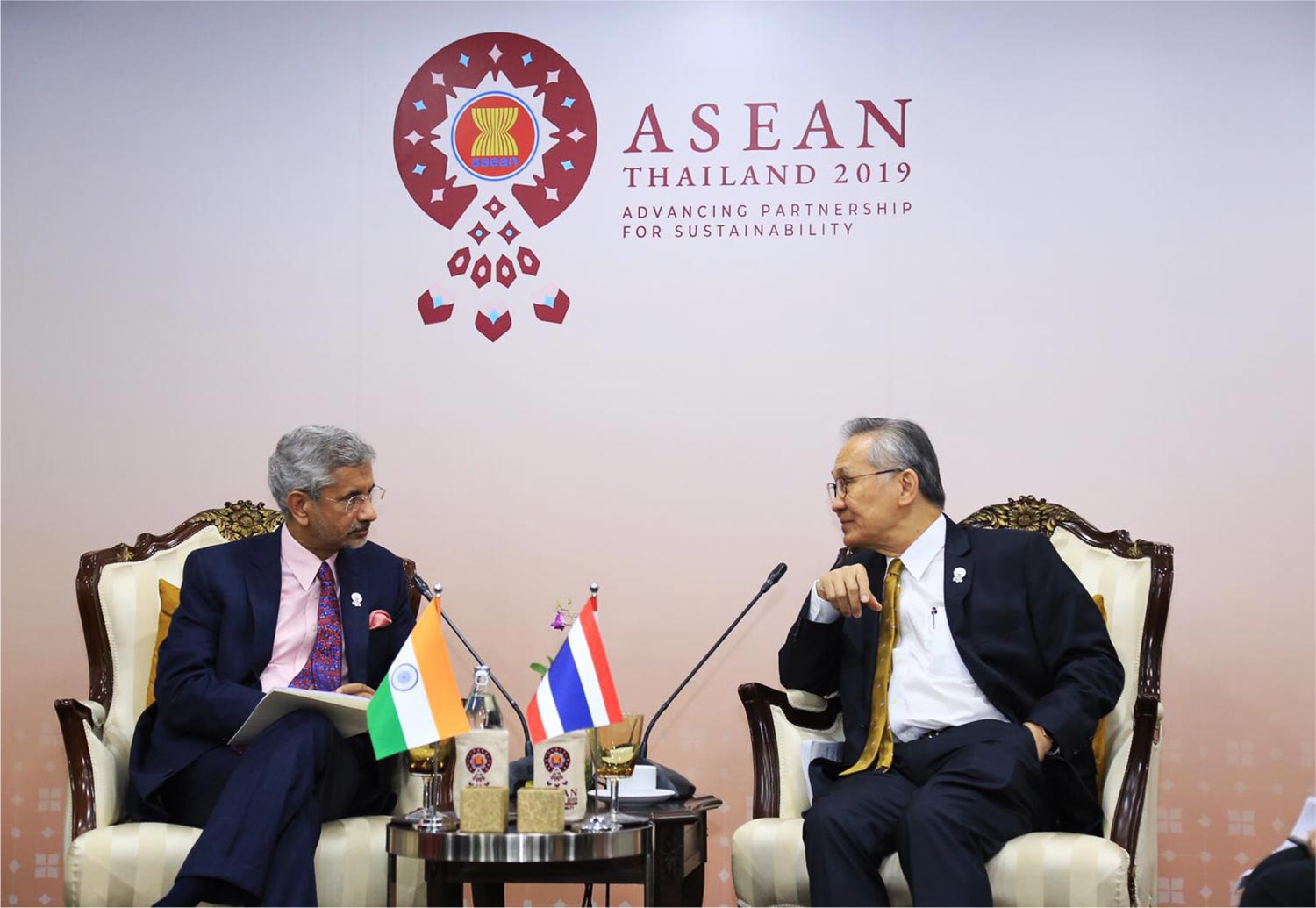 Indeed, India has a longstanding nuclear power programme, which has an impressive record in both safety and non-proliferation. In space technology, India has successfully launched Chandrayaan (Moon Exploration Mission) and Mangalyaan (Mars Orbiter Mission).

The achievements of independent India are aplenty, including the Green Revolution ensuring food security for the more than 1.35 billion population, the Right to Information bestowed upon them, the minimum national rural employment guarantee scheme and, more recently, the JAM trinity (the linking of Aadhar, or the Unique Identification Number issued to all residents, with Jan Dhan, or people’s bank accounts and mobile numbers) and Ayushman Bharat, the national health insurance programme.

Above all, we have a remarkable constitution which has stood the test of time since it was adopted in 1950.

The India of 2021 is a confident nation with a modern outlook and a firm belief in Vasudhaiva Kutumbakam or “the World is one Family”.

In 1947, India was a country with a large impoverished population, fledgling industries and suffering from food shortages. Our biggest challenges then were that of national integration and nation-building. Nevertheless, India played a prominent role on the world stage. Even before independence, India hosted the first ever Asian Relations Conference which was the forerunner of the Bandung conference. As a newly independent nation, India became an advocate for de-colonisation, for south-south cooperation and avoided aligning with power blocs. The foundations of heavy industry, centres of scientific research, and higher education institutions were laid. 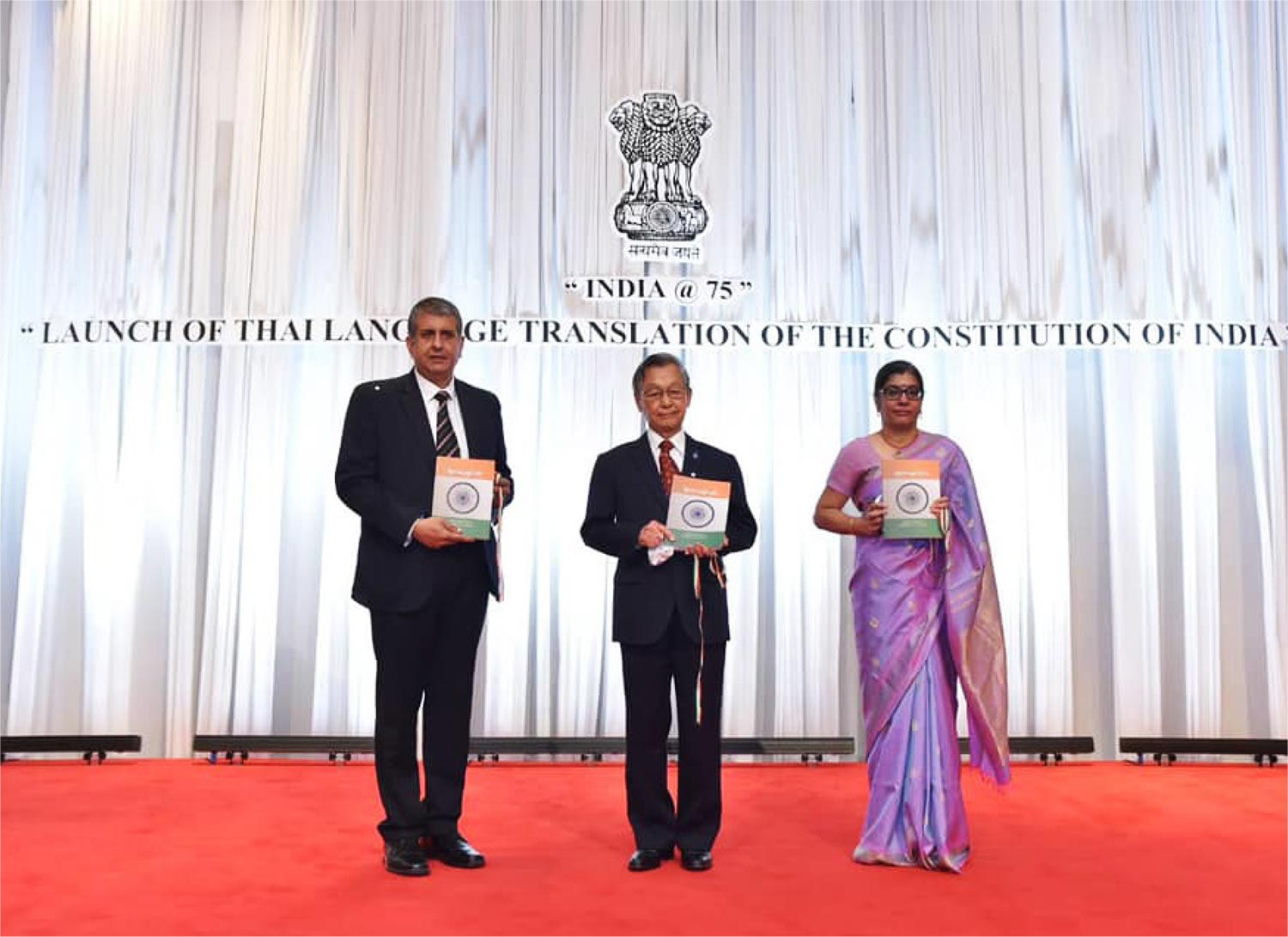 H.E. Mr. Chuan Leekpai, Speaker of the House of Representatives of Thailand (centre) aunches the Thai Language Translation of the Constitution of India on 12 March 2021

Public welfare and holistic development of Indian society and economy continue to be the guiding principles of governance. Alongside a large economic stimulus programme due to the Covid-19 pandemic, the Indian government, through the PM Garib Kalyan Anna Yojana (PMGKAY) has issued a relief package of 5 kilogrammes of grains per person covering 800 million Indians.

India of 2021 is a country with the third largest economy in PPP terms. It has a global outlook and global aspirations. It is a resurgent India. Lest we forget, for nearly two millennia, India was one of the largest economies in the world. At the end of the 17th century, its share was actually a quarter of the world economy. The India of 2021 is an Atma Nirbhar Bharat or Self Reliant India. This is not protectionism; it signifies an India which seeks to participate in global supply chains from a position of strength.

India is a major vaccine producer. India produces two Covid-19 vaccines – the Covishield (AstraZeneca) and the indigenously developed Covaxin. More are in the pipeline. Around 500 million vaccines have been administered in India. Through its Vaccine Maitri (or Friendship) outreach, India has donated and supplied 66 million vaccines to countries across the world. Since the pandemic, India has also supplied essential medicines to over 150 countries.

India is a non-permanent member of the UN Security Council (UNSC) for 2021-2022. This month we hold the rotating presidency of the UNSC. As External Affairs Minister Dr. S. Jaishankar has said India will always be a voice of moderation, an advocate of dialogue and a proponent of international law.

In 2015, Prime Minister Modi launched Security and Growth for All in the Region (SAGAR), the doctrine guiding our vision for the Indo-Pacific. India’s vision of the Indo-Pacific as a free, open and inclusive region underpinned by international law, is premised on ASEAN centrality and the common pursuit of progress and prosperity. Our views converge with the ASEAN Outlook on the Indo-Pacific. At the East Asia Summit in Bangkok in November 2019, PM Modi launched India’s Indo-Pacific Oceans Initiative (IPOI).

India has become one of the leading nationsacross sectors such as IT, Fintech and space technology. What has been the impetus for the nation’s success in the tech space?

India was an early mover in Information Technology, and since the 1990s has become a major exporter of IT services. Further, the Digital India programme launched in 2015 to transform India into a digitally empowered society and a knowledge economy added momentum to this sector. In July 2021, the United Payments Interface (UPI), the payment platform of the National Payments Corporation of India (NPCI) recorded three billion transactions. A few days back, PM Modi launched a pre-paid voucherbased digital payment platform called e-RUPI. The increasing digital connectivity is contributing to transparency, preventing leakage of funds and greater revenue collection.

As regards space technology, besides its Moon and Mars missions, India is preparing for a human space flight mission. Its space programme is one of the most advanced and cost-effective in the world. India has launched hundreds of communications and remote sensing satellites, contributing to tele-education, weather forecasting and remote resource mapping. 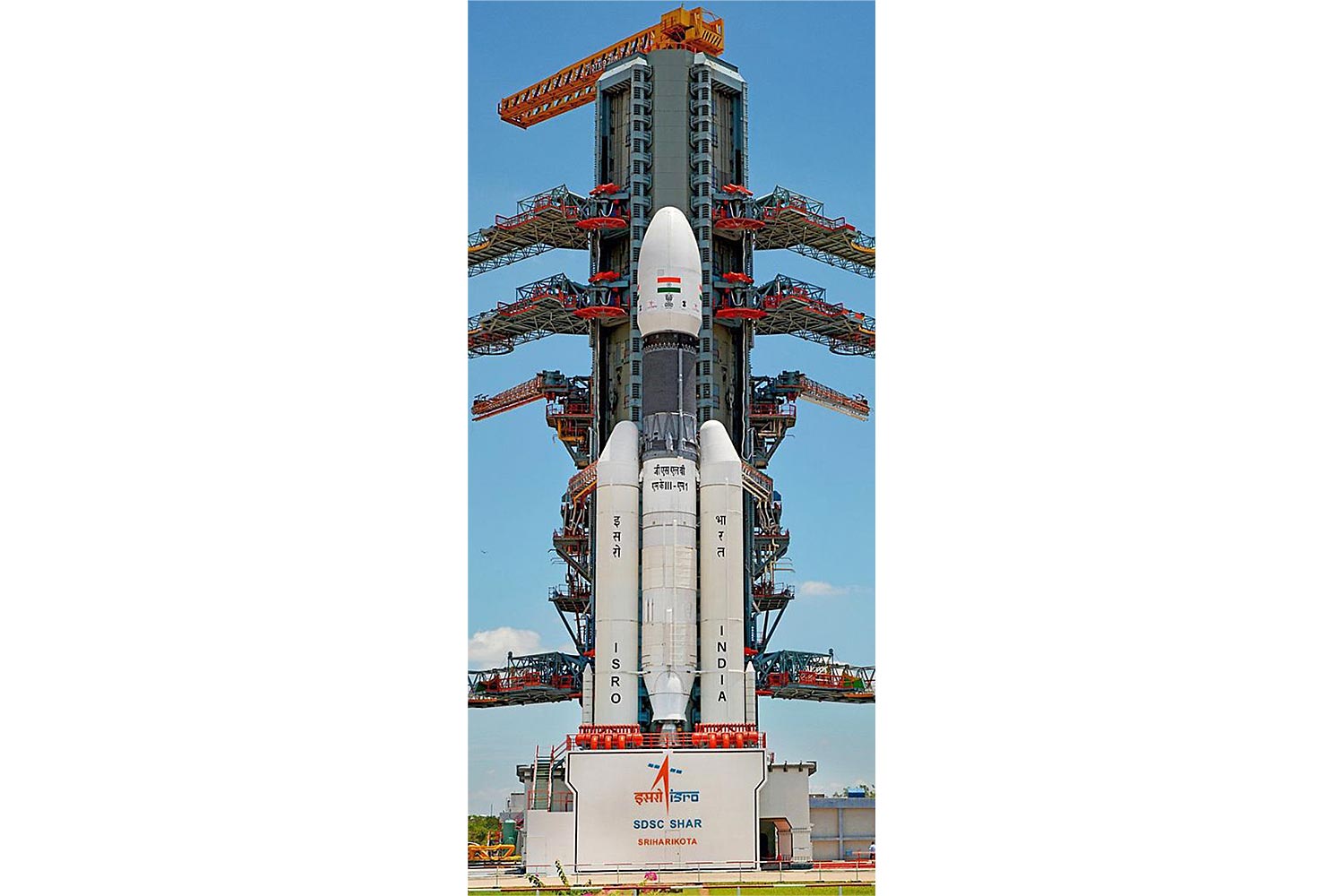 Chandrayaan-II getting ready for a launch to the moon

Solar and other renewable forms of energy are an important component of our energy mix. India is engaged in technologies such as Artificial Intelligence, Robotics, the Internet of Things (IoT), Cloud Computing and 3D printing, in a move towards Industry 4.0.

In 2016, the Startup India programme was launched to nurture innovation and startups in the country towards sustainable economic growth as well as large scale employment opportunities. India has the third-largest startup ecosystem in the world with nearly 50 ‘unicorn’ organisations as of now.

How has India shared its developmental experience and how has this impacted IndiaThailand relations?

Development partnership has occupied a paramount place in India’s foreign policy since independence. India’s external development assist ance prog rammes have increased significantly in their scope and coverage over the years, including lines of credit, grant assistance, technical consultancy, disaster relief, humanitarian aid, education and scholarships, and a wide range of capacity building programmes through fullyfunded training courses. India’s development cooperation is based on the important principle of priorities determined by the partner country. The main delivery mechanism for this is the Indian Technical and Economic Cooperation Programme (ITEC).

For Thailand, the Indian government offers every year, around 50 ITEC training slots ranging from a few months to two years. In addition, India offers around 25 university scholarships at the graduate, post-graduate and doctorate level through the Indian Council for Cultural Relations (ICCR). Further, in 2019, India launched the ASEAN – India Doctoral Fellowships scheme under which 1,000 slots are offered at the prestigious Indian Institutes of Technology, including 100 for Thailand under a US$45 million scheme in cutting-edge areas of S&T.

There are ten India Studies Centres and India Corners in various Thai universities. India also funds two university chairs – in Sanskrit at Silpakorn University and in Hindi at Thammasat University.

Our present focus is also cooperation in the area of conservation of cultural heritage sites.

Describe the bilateral relationship between India and Thailand. How do you see its future evolution? 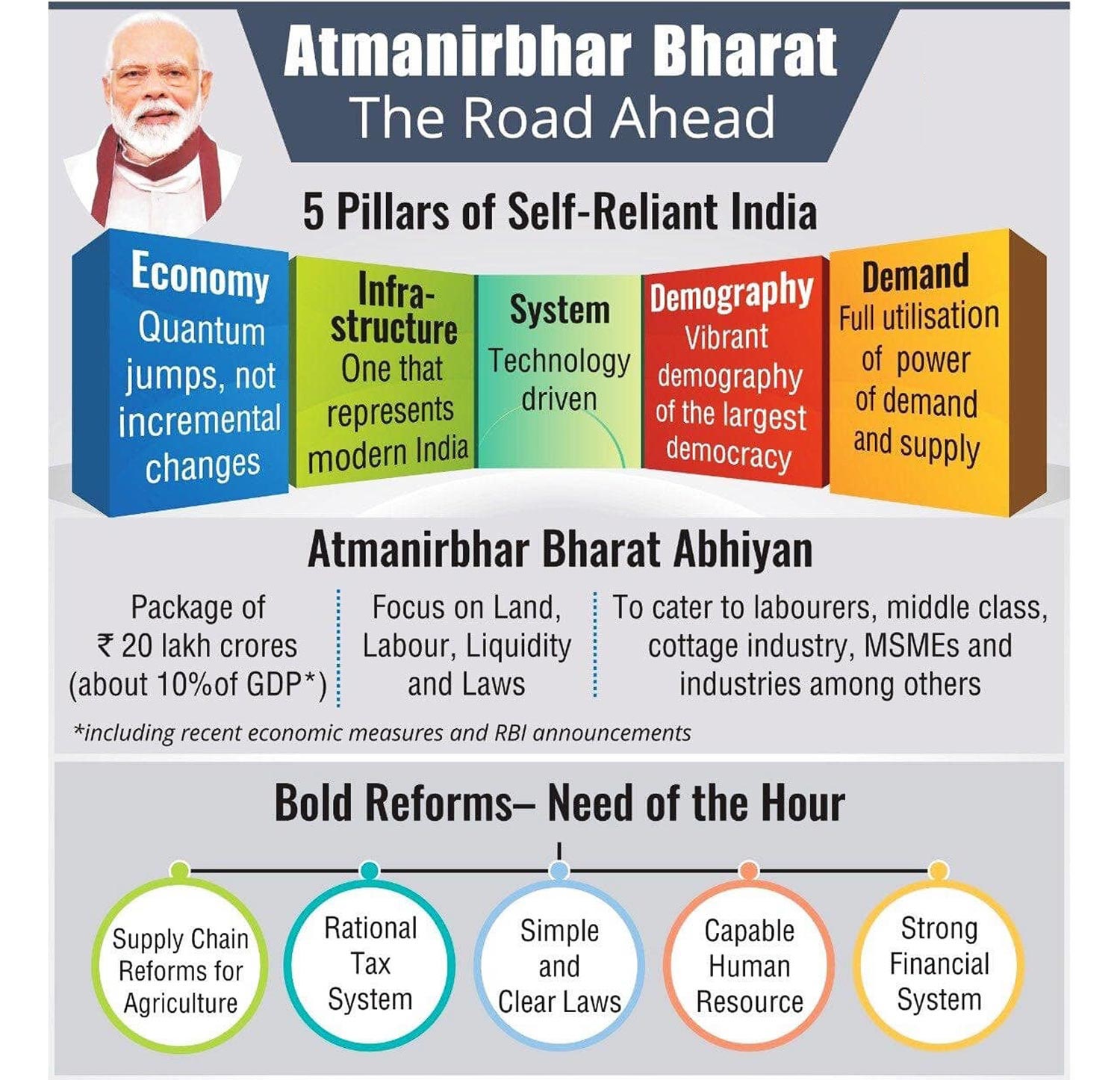 Our historical links broadly span three areas: Religious – Sona Thera and Uttama Thera are said to have brought Buddhism to Thailand in the 3rd BCE; Buddhism is closely related to Brahmanism or Hinduism which manifests itself in Thailand everywhere; Linguistic – the Thai language, incorporates both Pali and Sanskrit vocabulary and to a lesser extent, words from Bengali and Tamil; the Thai script is a derivation of the Pallava script; and Cultural – seen in the shared epic Ramayana, known as Ramakien in Thailand, the similarities between our classical dance forms khon and Bharatanatyam and the festivals of Songkran (similar to Holi) and Loy Krathong, which takes place usually two weeks after Deepavali and is similar to Bali Yatra of Odisha. The very concept of kingship – a mix of the Buddhist concept of Dharmaraja and the Hindu concept of Devaraja – is a manifestation of connection through millennia.

Our contemporary relationship is multifaceted. There is a regular exchange of high-level visits, including at the prime ministerial level. H.R.H. Princess Maha Chakri Sirindhorn, who is a Sanskrit scholar, has visited India 20 times. We also have a robust defence and security cooperation as well as a thriving economic and commercial partnership, with bilateral trade of over US$12 billion. P2P connectivity is good through business, tourism, cultural and educational exchanges. In the pre-Covid era, there were 300 weekly flights between 17 destinations in India and two in Thailand. India was one of the largest source markets for Thai tourism with over 1.9 million visitors in 2019.

India’s Act East policy is complemented by Thailand’s Act West policy. Besides our bilateral engagement, we collaborate closely under the India-ASEAN framework. We are also partners under regional mechanisms such as BIMSTEC and Indian Ocean Rim Association (IORA). The implementation of the India-Myanmar-Thailand trilateral highway will be a game-changer and will lead to economic integration between our two regions. The large Indian diaspora community in Thailand acts as a bridge between the two countries. India sees a great future in its relations with Thailand which is why, as part of its New Education Policy launched in 2020, the Thai language is one of the foreign languages offered to school students as part of the curriculum.

I look forward to further strengthening our comprehensive relations in the years to come.