South Koreans face up to atrocities in Vietnam war
World

South Koreans face up to atrocities in Vietnam war

Nguyen Thi Thanh, a survivor of Phong Nhi and Phong Nhat massacre carried out by South Korean troops fighting alongside Americans, points out the names of relatives at a memorial in the Quang Nam Province of Vietnam, July 13, 2021. Victims are seeking compensation from the Seoul government in the first lawsuit of its kind being tried in a South Korean court. (Linh Pham/The New York Times)

SEOUL: The South Korean marine unit had a reputation for leaving nothing breathing behind when they passed through hostile territory, not even a pig suckling its litter.

After the unit swept through Phong Nhi and Phong Nhut, villages in central Vietnam, on Feb 12, 1968, scores of bodies were found, all unarmed civilians, most of them children and women, shot or stabbed with bayonets.

“This old man came out of a hiding hole, his hands held up,” recalled Ryu Jin-seong, a former marine attached to the unit who was 22 at the time. “He kept begging for life, apparently thinking he would be killed when he was taken away.”

In a fit of rage, a sergeant swore and emptied his clip on the man, Ryu said.

The tragedy of the Vietnam War — echoing loudly this past week during the chaotic US withdrawal from Afghanistan — continues to haunt those victims who witnessed and survived the two decades of bloodshed.

Nearly a half-century after the war ended, victims of the massacre at Phong Nhi and Phong Nhut are seeking compensation from the Seoul government in the first lawsuit of its kind being tried in a South Korean court.

Stung by shocking testimony, South Korean lawmakers and civic groups are also pushing for a special law to investigate long-held allegations that South Korean troops killed thousands of civilians when they were the largest foreign contingent fighting alongside US soldiers during the war. 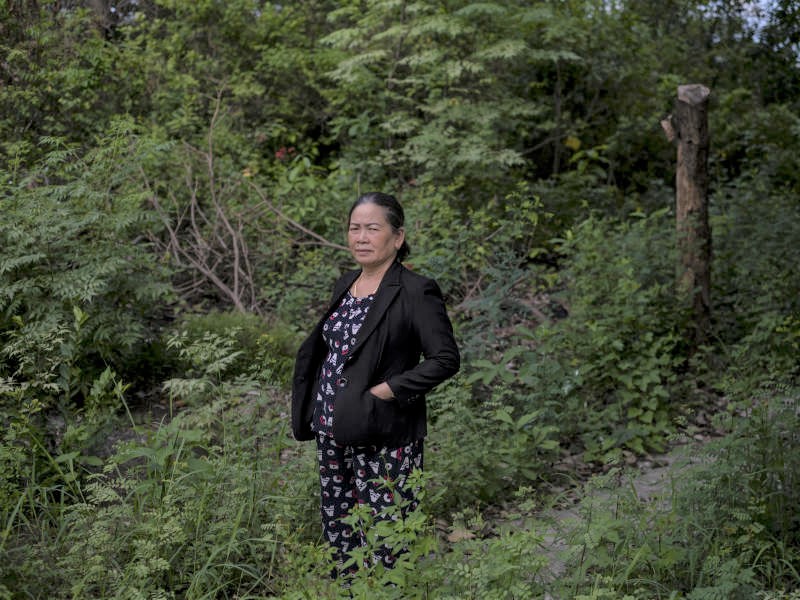 “I have never been free from the nightmare of the day when South Korean troops came to our village,” said Nguyen Thi Thanh, 61, who lost five relatives, including her mother, sister and brother, and was herself wounded in Phong Nhi in 1968. “But the South Korean government has never once visited our village and never once asked us what happened.”

South Korea sent 320,000 troops, billing them as “anti-Communist crusaders”. In return for its contribution, it won US aid that helped build the national economy. But rumours have long persisted that South Korean troops committed mass killings of Vietnamese civilians.

Discussions of the topic had been a taboo under the past military dictatorship. But as South Korea enjoyed a greater freedom of press in the late 1990s, more outlets began publishing stories about the alleged civilian massacres. The one in Phong Nhi and Phong Nhut was the most documented.

The US military investigated what happened just days after the killings occurred, according to declassified US documents.

According to the documents, US Marines and South Vietnamese militiamen operating in Dien Ban, Quang Nam province, heard firing and saw huts burning after the South Korean marine unit moved into Phong Nhi and Phong Nhut. The Americans and South Vietnamese assisted villagers fleeing with wounds. They later visited Phong Nhi to find piles of bodies, including a child and pregnant woman shot in the head at close range and “a young woman who was still alive and had her breast cut off, the documents said. 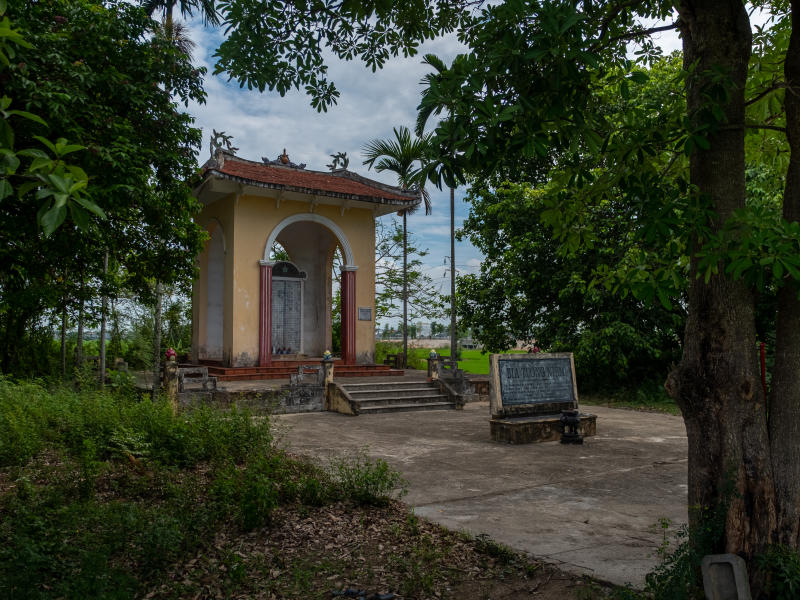 A memorial to villagers killed in the Phong Nhi and Phong Nhut massacre, in the Quang Nam Province of Vietnam, July 13, 2021. South Korean troops were the largest foreign contingent fighting alongside American soldiers during the Vietnam War. They have long been dogged by allegations of brutality. (Linh Pham/The New York Times)

One of the US Marines took pictures.

More than 70 villagers died in the attack, according to the US documents and recent testimony from survivors.

“The victims of this incident were defenceless civilians, the great majority of which were women and children, who were murdered as they plead for their lives,” Major John M. Campanelli, a US Marine investigator, wrote in the declassified documents Feb 18, 1968. He added that “in an attempt to placate the survivors and relatives of the dead and wounded,” the executive officer of the South Korean Marine battalion “offered his apologies and provided 30 bags of rice to the District Chief”.

By April 1968, US military investigators concluded that “there was some probability that a war crime was committed” and shared the information with the top South Korean officer in Vietnam, Lt Gen Chae Myung-shin. Chae responded by claiming that the “massacre was an act conspired and mercilessly elected by the Communists”.

Ryu said there was a standing order that if marines received even small fire, they should trace its origin and destroy everything they found, even unarmed civilians, to instil fear among the enemy. The task of demonstrating cruelty often fell into units nicknamed “killer companies”, including Ryu’s, he said. The attack in Phong Nhi and Phong Nhut started after small fire from near the villages injured a South Korean marine, according to the US documents.

Ryu, a member of the second platoon, said that when his unit swept through the villages, it found no armed men but rounded up villagers. It was widely known within the company that the third platoon, which was bringing up the rear, massacred the gathered villagers, he said.

“We heard that when the company commander was asked what to do with them, he raised a thumb and made the gesture of cutting the throat,” he said.

The US military reopened its case in late 1969 after the RAND Corporation, in one of its studies, uncovered allegations of brutality by South Korean troops against Vietnamese civilians. It was around this time that the South Korean intelligence agency began questioning members of the marine unit about the massacre, former officers told South Korean media in 2000. At least one of the officers gave an account similar to that of Ryu. 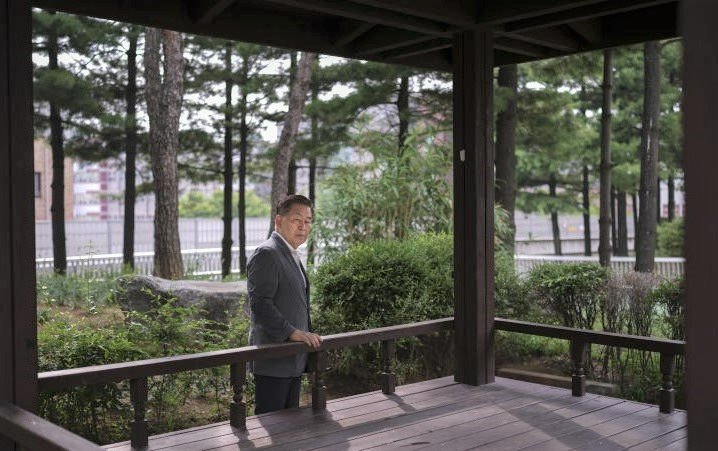 Ryu Jin-seong, who was part of a South Korean marine unite that fought alongside American troops in Vietnam and has testified about the civilian massacres he witnessed, in Seoul, July 12, 2021. Ryu said there was a standing order that if marines received even small fire, they should trace its origin and destroy everything they found, even unarmed civilians, to instil fear. (Chang W. Lee/The New York Times)

There is no evidence that Washington or Seoul pursued the matter further. Instead, the US military was accused by refugees and student researchers in the United States of suppressing evidence of civilian atrocities carried out by South Korean forces.

In 2015, Nguyen and another woman became the first Vietnamese victims to visit South Korea to share their stories. In 2019, with the help of South Korean civic groups, she and 102 people from 17 Vietnamese villages petitioned President Moon Jae-in of South Korea for an investigation and apology. Last year, Nguyen filed a lawsuit against the Seoul government.

South Korea maintains that it has found no evidence of civilian killings in its wartime records. When lawyers demanded that the intelligence agency make public the results of its reported investigation of marines in 1969, it refused, saying that it could “neither confirm nor deny” whether an investigation took place.

In response to the petition in 2019, the Defence Ministry said it could not look into the allegations because Vietnam was not ready to cooperate.

When he visited Hanoi in 2018, Moon expressed “regrets over an unfortunate past” but stopped short of issuing an official apology, which Hanoi has never requested.

His words hardly soothed the victims in Vietnam.

“No South Korean government officials have asked us survivors whether we wanted an apology,” said the petition to Moon from Nguyen and others. “We do want an apology.”