Young Komodo dragons are seen inside the caring cage of the Surabaya Zoo, in Surabaya, East Java province, on Monday. (Reuters photo)

SURABAYA, Indonesia: A zoo in Indonesia is breeding Komodo dragons in an effort to save the world's largest lizards from extinction, with climate change posing new dangers for the fearsome creatures.

Young dragons, their forked tongue darting, creep about a zoo enclosure in the city of Surabaya. Some fight over a female while others look for prey in a pond.

The giant lizards are only found on the remote island of Komodo and several neighbouring islands in eastern Indonesia. In September, the International Union for Conservation of Nature put them in its Red List of Threatened Species, citing an increasing threat posed by the impact of climate change.

Rising global temperatures and sea levels are expected to reduce the Komodo dragon’s suitable habitat by at least 30% in the next 45 years, it warned. (continued below) 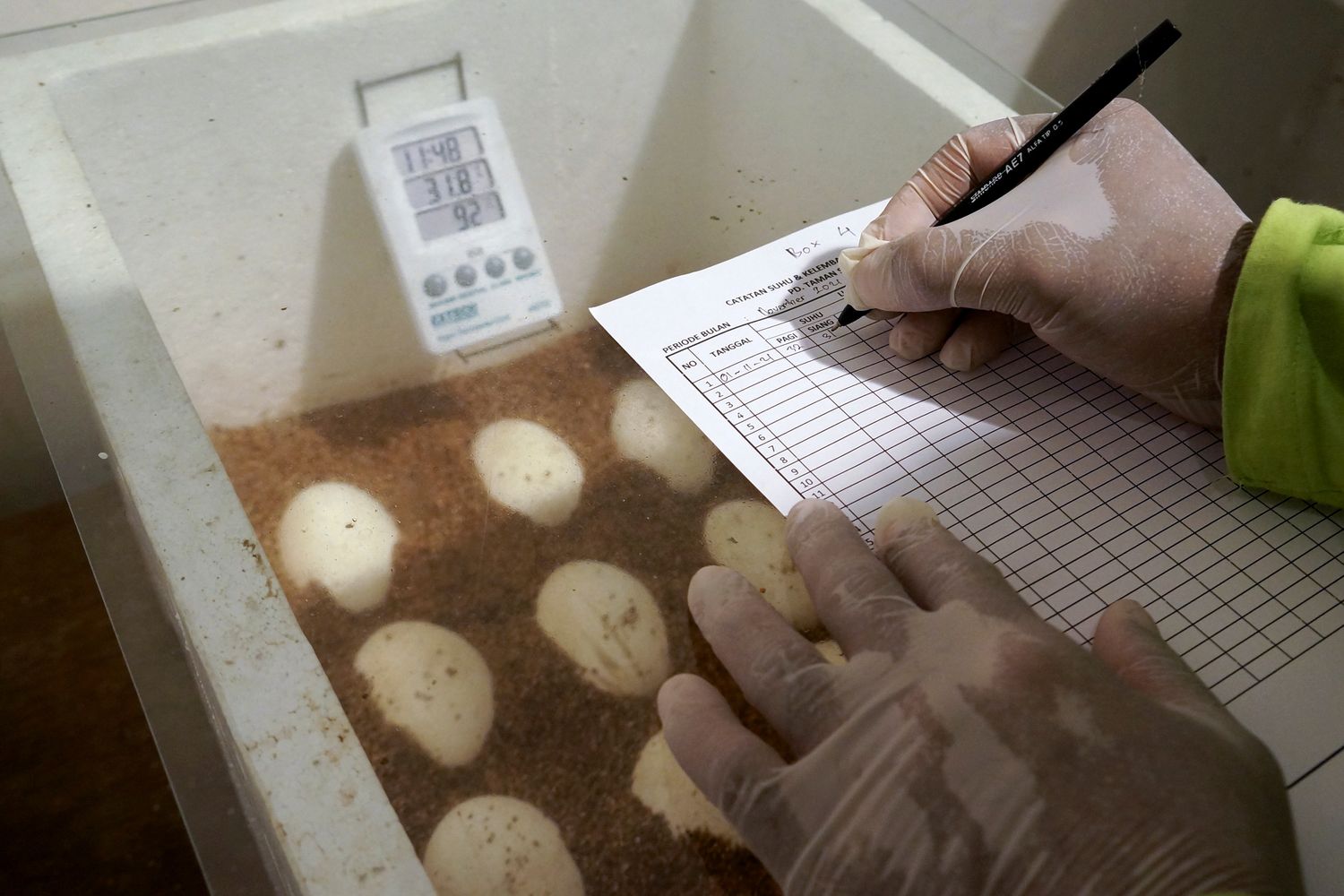 Zoo officials hope that their efforts to save the lizards will draw the attention of world leaders gathered in Glasgow to take steps to fight climate change.

Since launching the programme, the zoo has built up its Komodo dragon population to 108 adults and 35 young ones with 40 eggs being incubated.

Zoo keeper Rukin said the temperature and humidity had to be just right for optimal mating.

It was hoped that dragons bred in captivity could be returned to the wild, he said.

"I hope we can breed them well and correctly," said Rukin.

He said he hoped the project would ensure that future generations would still be able to see the dragons in real life, not just in pictures.