NEW DELHI: China has become India’s biggest security threat and the tens of thousands of troops and weaponry that New Delhi rushed to secure its disputed Himalayan border last year will not be able to return to base for a long time, defence chief General Bipin Rawat said.

A lack of “trust” and growing “suspicion” is coming in the way of resolving the border dispute between the nuclear-armed neighbors, Rawat said late on Thursday.

Last month, the 13th round of border talks between Indian and Chinese military commanders ended in a stalemate as the two sides could not agree on how to pull back from the border. 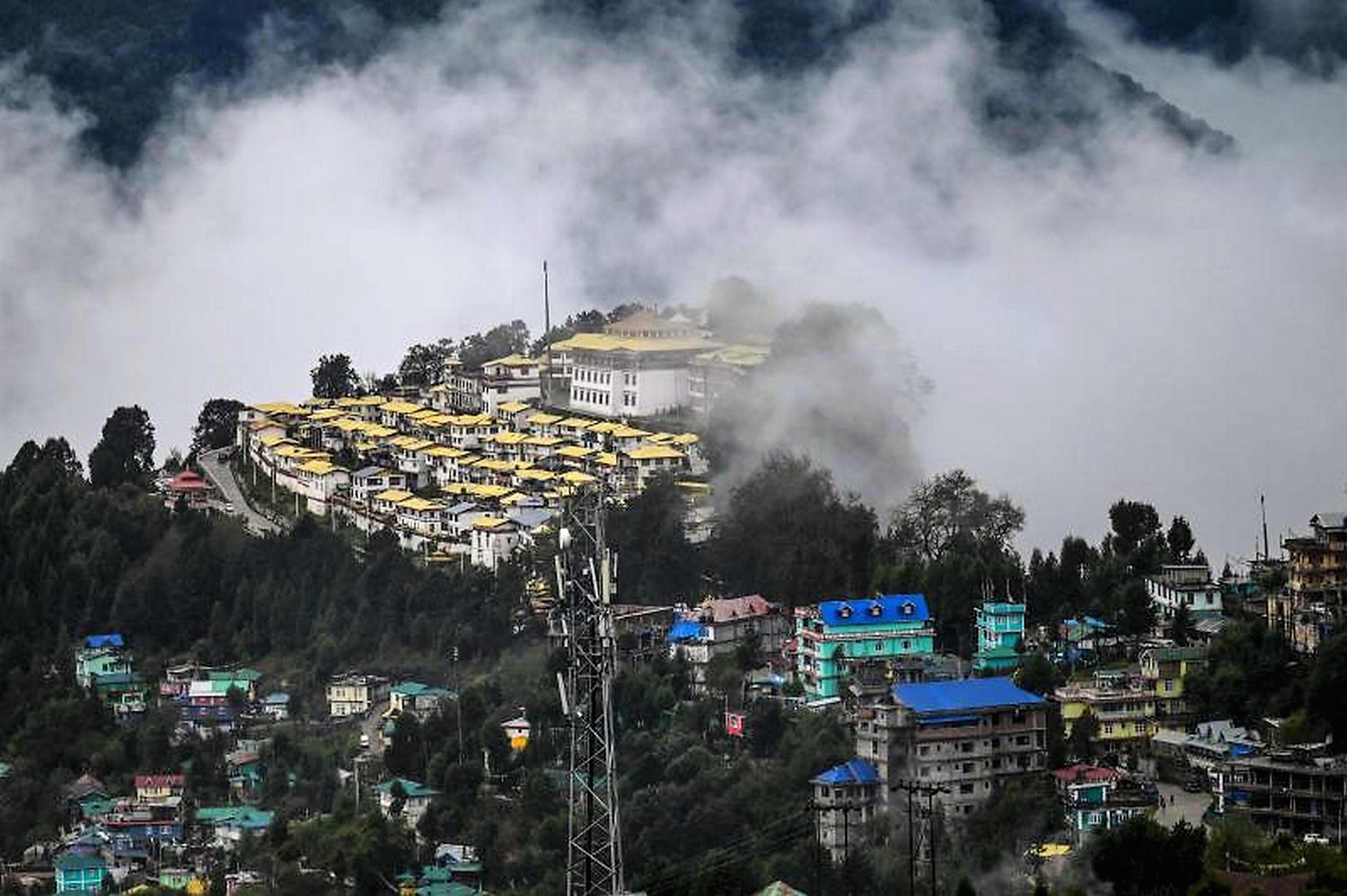 A monastery amid the clouds in the mountains in Tawang near the Line of Actual Control (LAC), adjoining China, in the northeast Indian state of Arunachal Pradesh on Oct 20 (Photo: Money Sharma/ AFP)

Twenty Indians and at least four Chinese soldiers were killed in hand-to-hand combat in a clash along the 3,488-kilometre border last June.  Since then, China and India have been adding to infrastructure, troops and military hardware along the disputed Himalayan frontier, Rawat said.

"India is prepared for any misadventure along the border and in the sea,” he added. (continues below).

His comments coincided with India's Foreign Ministry’s criticism of new Chinese construction in areas that both sides claim. The defence chief said the Chinese are building villages along the Line of Actual Control, as the disputed but de facto boundary between the two countries is known.

"The Chinese are building villages, possibly for billeting and locating their civilians or for the military in the future all along the LAC, particularly after the recent face offs that we’ve had,” Rawat said.

The defence chief also expressed concerns about how the Taliban’s rule would impact India’s security, with the increased possibility of terrorists in the restive northern part of Jammu and Kashmir getting ammunition support from Afghanistan.

India’s military establishment is concerned that the militant group’s return to power could help terror groups operating in the region, even though border defences have been fortified.

The prospect of a hostile China and security issues with the Taliban as well as Pakistan made it necessity to reorganize the Indian military into theater commands along the northern and western borders, Rawat added.

The Indian military, which so long operated in silos, is undergoing the biggest overhaul since its independence seven decades ago and is now being organised to operate like modern militaries of the US, Australia and China.

The move to integrate the army, air force and navy -- which currently operate with little coordination -- come as the US and UK work with Australia to put more nuclear-powered submarines in Asia-Pacific waters.