PHNOM PENH: Cambodian dragon and lion dancer Gnuon Virak huddles his troupe together in a circle, before they let out a team cheer and get to work rehearsing for their a Lunar New Year performance - their only one of the pandemic-stricken year.

Gnuon, 28, has loved dancing since he was a child, and grew up near a Chinese-style temple in the capital Phnom Penh. Seven years ago, he asked a master to teach him to dance and joined a troupe, known as the Bodhi Tree Troupe. Eventually he became a team leader.

"We must practice this dancing every day," he said during a rehearsal. "This requires complete focus and motivation." 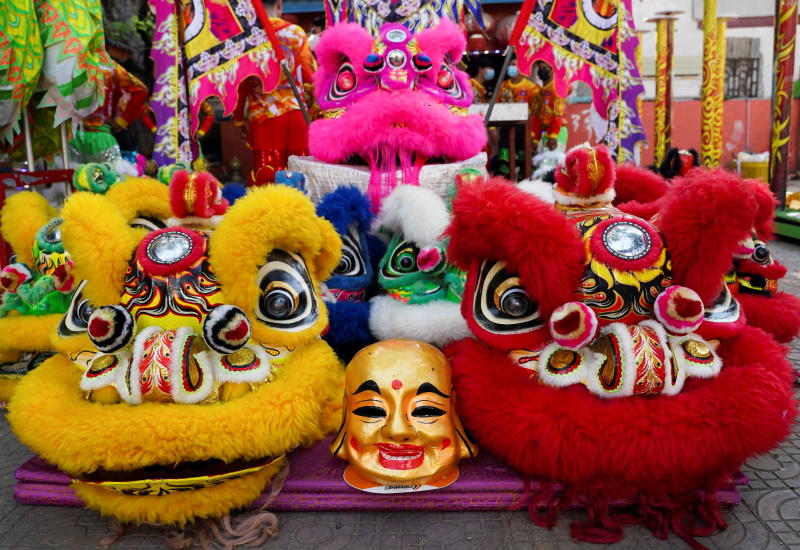 Lion dance heads are displayed at a temple ahead of the Lunar New Year celebrations in Phnom Penh. (Photo: Reuters)

The transportation company employee used to supplement his regular income of about US$300 a month with lion and dragon dances, earning about $20 to perform at local events. That has all but dried up during the pandemic, with the number of performances bottoming out to about one a month instead of five.

The Cambodian Chinese Association estimates there are about eight troupes in Phnom Penh, but Gnuon worries that number may shrink. 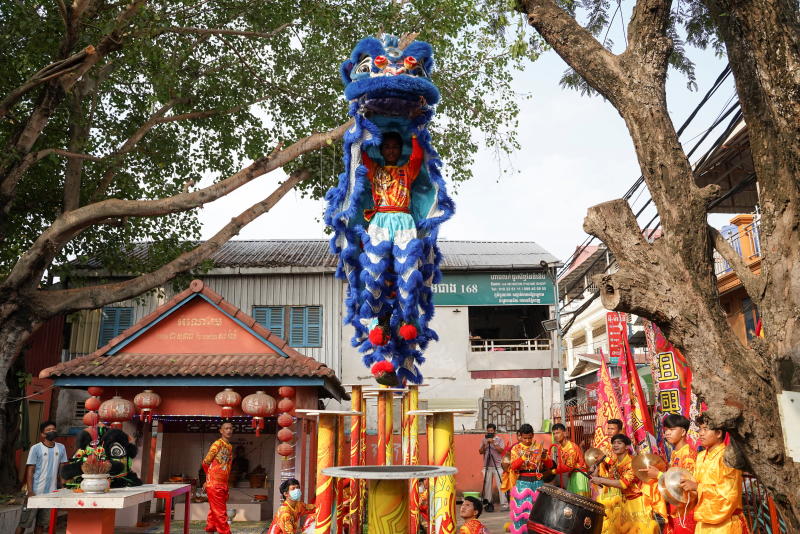 Lion dancers prepare for performances ahead of the Lunar New Year celebrations at a temple in Phnom Penh. (Photo: Reuters)

"I want the younger generation to hold on to this tradition and make it even more well-known in the future," he said.

Sino-Khmers have long been an integral part of Cambodian society. Historical records estimate the first Chinese came to the area in the 13th Century.

During the Khmer Rouge era in the 1970s, the community devastated, as the regime lashed out against well-educated, urban merchants. But in recent years, the ancestral ties to China have brought prosperity to Sino-Khmers as China aggressively ramps up investment in Cambodia's economy.

Gnuon said he hopes to introduce some new styles to bring attention to lion and dragon dancing, such as increasing the number of dancers on elevated poles, or using larger poles.

"We'll keep all our current techniques and also create some new styles in order to make the dancing more well-known, or to be able to compete with other troupes," he said. 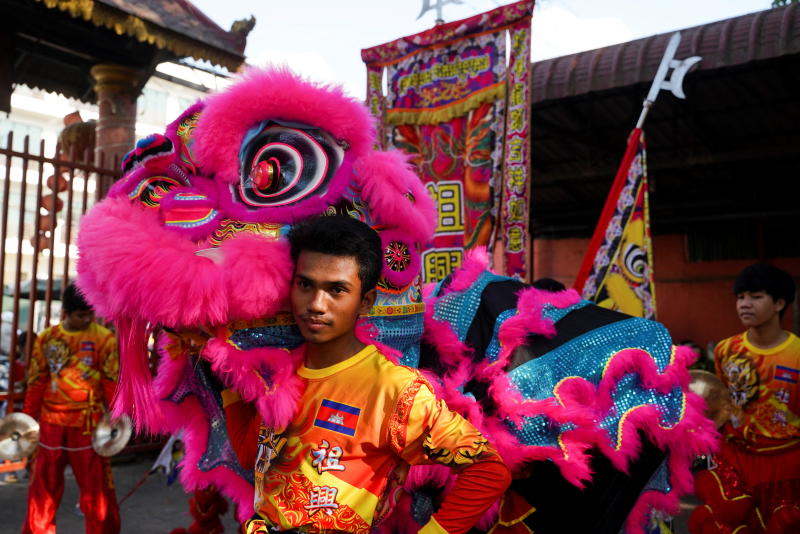 Ny Phanith, 24, stands before rehearsing for a lion dance performance ahead of the Lunar New Year celebrations at a temple in Phnom Penh. (Photo: Reuters)