'People will switch to other beer'

Cases of beer by Japanese brewer Kirin Holdings and other makers are seen outside a store in Tokyo. (File photo: Reuters)

Myanmar's junta on Tuesday dismissed the latest exit from the country by a foreign company after last year's coup, saying beer brewed in partnership with departing Japanese drinks giant Kirin would be "easy to substitute."

Human rights groups have pressed foreign companies to rethink their activities in Myanmar following the coup on Feb 1st last year and a subsequent crackdown which, according to local monitoring groups, has left more than 1,500 people dead.

Kirin on Monday became the latest to turn off the taps in recent weeks, following energy giants TotalEnergies, Chevron and Woodside -- although junta has not commented directly on any of these.

The junta said in a statement it had no comment on Kirin's "internal company affairs" and its decision to end its involvement in Myanmar Brewery Limited.

But it added "the withdrawal of beer business is easy to substitute... people will switch to other beer."

Kirin said its decision came after months of wrangling following the coup which toppled Aung San Suu Kyi's government and prompted the company to express concerns about human rights. 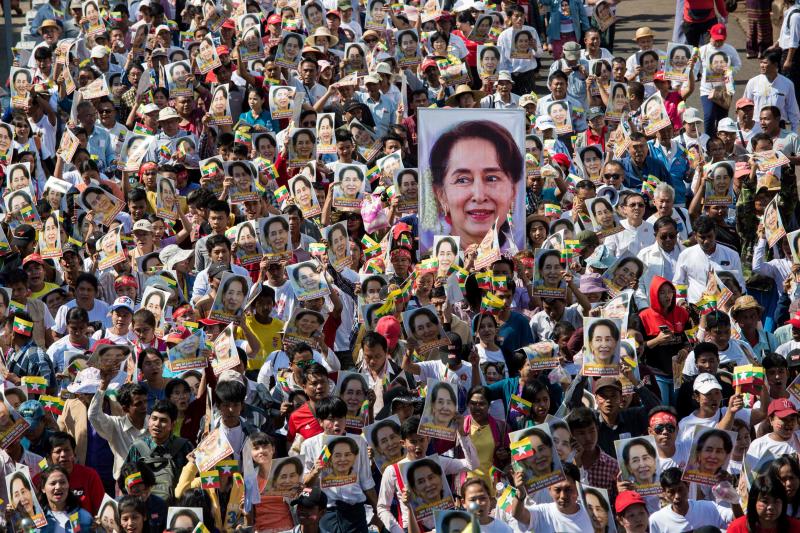 In this file photo taken on Dec 10, 2019, people participate in a rally in support of Myanmar's State Counsellor Aung San Suu Kyi, as she prepares to defend Myanmar at the International Court of Justice in The Hague against accusations of genocide against Rohingya Muslims, in Yangon. Myanmar's junta has charged Aung San Suu Kyi with influencing election officials during 2020 polls, a source said on Jan 31, 2022, a year after it staged a coup alleging massive voter fraud. (Photo: AFP)

The junta statement also said it had yet to receive any submission by Kirin regarding the sale or transfer of shares in the firm's joint partnership in the country.

The Japanese firm ran a brewery in a joint venture with Myanma Economic Holdings (MEHPCL), one of the military junta's sprawling conglomerates.

Myanmar Brewery, whose beverages include its flagship and ubiquitous Myanmar Beer brand, boasted a market share of nearly 80% of the brewery, according to figures published by Kirin in 2018.

Kirin had been under pressure even before the coup over its ties to Myanmar's military, and launched an investigation after rights groups called for transparency into whether money from its joint venture had funded rights abuses.

Its beer has been widely boycotted since the coup.

The Philippines will shut 175 online casinos that are operating illegally and deport 40,000 Chinese workers, a justice department official said.