The international business community is getting out of Russia. Global tech companies including Google, Facebook and Apple remain mostly open for business there. (Photo: New York Times)

Google said Thursday night that it had suspended all advertising in Russia after the country’s internet regulator demanded that the company stop showing what it considered ads displaying false information about Russia’s invasion of Ukraine.

Google said it took the rare step of pausing its advertising business in the country, including search, YouTube and display marketing. The move came a few days after the company suspended advertising of content produced by Russian state media. Google said it had already blocked ads related to the conflict because it did not want people to take advantage of the crisis for financial gain.

“In light of the extraordinary circumstances, we’re pausing Google ads in Russia. The situation is evolving quickly, and we will continue to share updates when appropriate,” the company said in a written statement.

The Russian demands to Google are the latest example of how the internet platforms of the world’s largest technology companies are becoming battlegrounds for how information is shared during the conflict.

In addition to the suspension of advertising in Russia, Google banned RT, Sputnik and other Russian state-sponsored media from YouTube in Europe. It also said it would no longer permit content from Russian state media from appearing on Google News.

At the request of the Ukrainian government, Google said it would also restrict access to RT and other Russian YouTube channels in Ukraine. 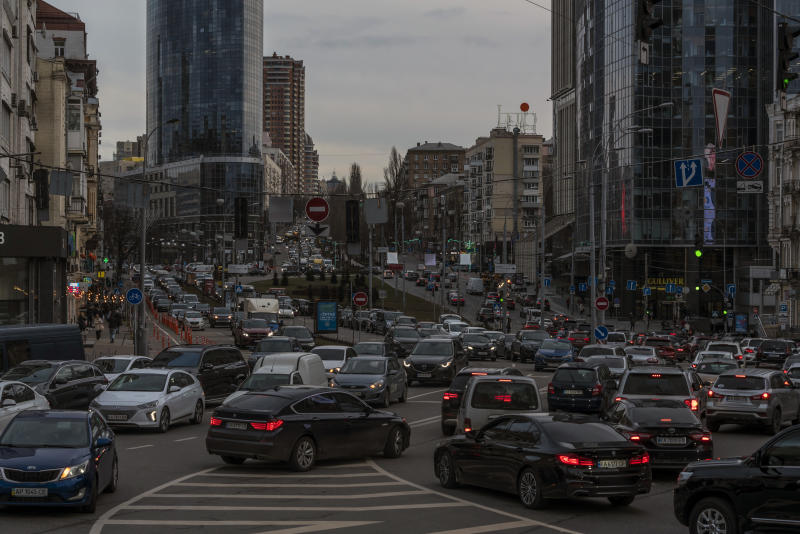 Traffic during the evening rush hour in Kyiv, Ukraine, on Feb 23, 2022, days before Google stopped displaying traffic information inside Ukraine out of concerns that it could create safety risks. (Photo: New York Times)