Surveillance flights over the reef revealed damage due to heat stress ranging from minor to severe bleaching across the 2,300-kilometre (1,243-mile) network of corals, the Great Barrier Reef Marine Park Authority said.

"Bleaching has been detected across the Marine Park -- it is widespread but variable, across multiple regions, ranging in impact from minor to severe," the authority said in its weekly update.

"The most heavily impacted reefs are around the Townsville region. There have also been reports of early mortality where heat stress has been the greatest."

The news comes ahead of a Unesco trip to the reef to inspect the site's health, informing a decision on its heritage listing which is to be considered in June.

Bleaching occurs when healthy corals become stressed by spikes in ocean temperatures, causing them to expel algae living in their tissues, draining them of their vibrant colours.

There have been five mass bleaching events across the Great Barrier Reef triggered by unusually warm sea temperatures since 1997, leaving many affected corals struggling to survive.

Outbreaks of crown-of-thorns starfish have also eaten away at the coral.

While recent changes are not yet classified as a mass bleaching event, the Australian Marine Conservation Society described the report as "disastrous news", particularly during a La Nina weather pattern, which is usually associated with cooler ocean temperatures.

"It shows the consistent pressure our reef is now under from global heating," the society's campaign manager Lissa Schindler said.

"A healthy reef can recover from coral bleaching but it needs time. More frequent marine heatwaves primarily driven by the burning of coal and gas means it is not getting this time." 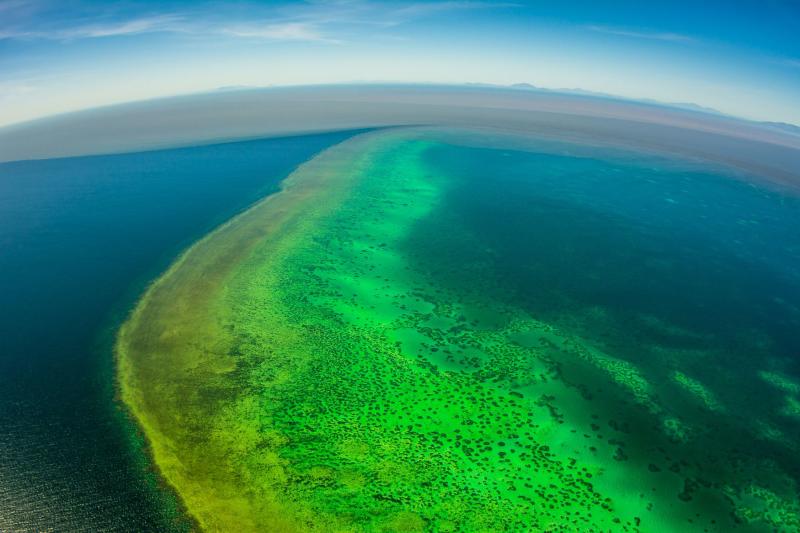 Australia's conservative government earlier this year announced new funding in the hope of preventing the climate-ravaged reef from being removed from Unesco's World Heritage list.

When the UN previously threatened to downgrade the reef's World Heritage listing in 2015, Australia created a "Reef 2050" plan and poured billions of dollars into protection.

The measures are believed to have arrested the pace of decline, but much of the world's largest reef system has already been damaged.

A recent study found bleaching had affected 98% of the reef since 1998, leaving just a fraction untouched.

The Great Barrier Reef -- the world's largest living structure, visible from space -- was added to the list in 1981 for its "superlative natural beauty" and extensive biodiversity.

But the list is not permanently fixed, and sites can be downgraded or even removed entirely on the UN body's recommendation.

While placement on the "in-danger" list is not considered a sanction -- some nations have their sites added to gain international attention to help save them -- others see it as a dishonour.