Norwegian diver found safe off Malaysia, search for 3 others continues

Norwegian diver Kristine Grodem is transferred by a Malaysian Maritime Enforcement Agency (MMEA) helicopter to Mersing, after being rescued off the Mersing coast, Johor, Malaysia, on Thursday. (Photo: Reuters)

KUALA LUMPUR: A Norwegian woman who disappeared while diving off Malaysia's southeastern coast was found safe on Thursday, maritime officials said, as a search continued for three other missing people.

Diving instructor Kristine Grodem, 35, was among four reported missing on Wednesday about an hour after going on a training dive near Pulau Tokong Sanggol, a small island about 15 kilometres off the southern state of Johor.

Grodem was airlifted to safety on Thursday morning after being found by a tugboat about 22 nautical miles from the group's last reported location, the Malaysia Maritime Enforcement Agency's Johor director Nurul Hizam Zakaria told reporters.

Grodem told authorities she lost sight of the other divers after the group drifted far from their boat due to strong underwater currents, according to Nurul Hizam.

Officials however were optimistic of finding the rest, as they had fully functioning diving equipment and had surfaced before they had disappeared.

"We hope to find the other victims as soon as possible," Nurul Hizam said.

Authorities in neighbouring Singapore and Indonesia as well as ships passing by the area, have been notified to keep a lookout, he added.

The waters off Johor are part of one of the busiest shipping lanes in Southeast Asia.

The divers' disappearance comes just days after Malaysia reopened its borders on April 1 after more than two years of pandemic-related closure.

More than 55,000 foreigners entered Malaysia in the first four days since reopening, according to the immigration department. 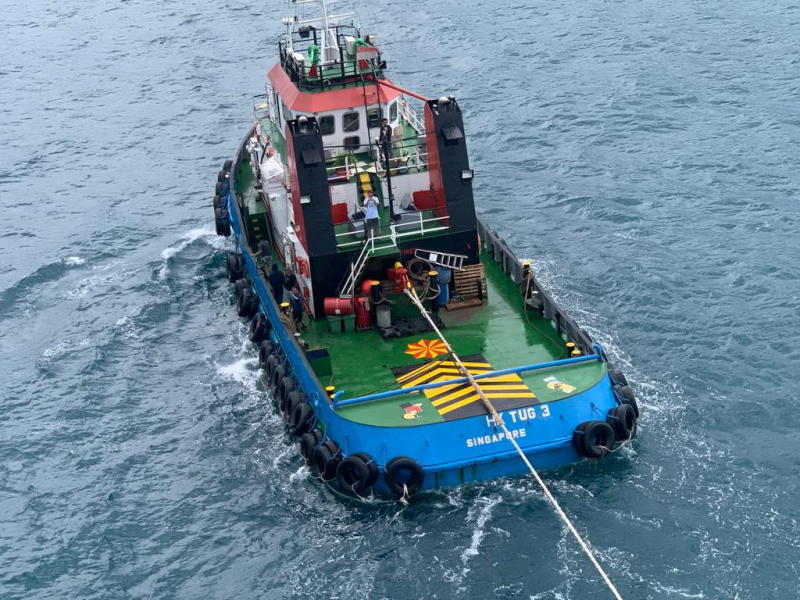 A view shows a tugboat which found the Norwegian diver off Mersing coast in Johor. (Photo: Reuters)