Pair found in Indonesian waters after three days but teen was 'too weak' to survive, coastguard says

A member of the Malaysian Maritime Enforcement Agency uses binoculars during the search to locate three divers at sea on Friday, after they went missing off Malaysia's southeast coast near Mersing in Johor state. Two were rescued but a 14-year-old boy did not survive, authorities quoted his father as saying. (Photo: AFP)

MERSING, Malaysia: A Dutch teenager died when a group he was diving with off the coast of Malaysia coast went missing, officials said on Saturday following the dramatic rescue of his father and two others.

The three Europeans and their instructor got into trouble on Wednesday after they surfaced from a dive near a southern island but could not find their boat.

A British man, 46-year-old Adrian Chesters, and Frenchwoman Alexia Molina, 18, were discovered by fishermen in the waters of neighbouring Indonesia, picked up by marine police and taken back to Malaysia.

But Chesters told officials that his son, 14-year-old Nathen, who holds Dutch citizenship, had died.

The teen, “as a result of being too weak … was unable to survive”, a coastguard statement said, citing the father.

Police earlier said the search for the boy had been called off after they concluded he had floated into Indonesian waters, and they had informed their counterparts in the neighbouring country.

In recent days, Malaysia had deployed helicopters, a plane, boats, divers and jet skiers to hunt over a large area.

The instructor, Norwegian woman Kristine Grodem, had already been rescued on Thursday in waters off southern Malaysia.

The other two survivors were found about 30 kilometres north of Indonesia’s Bintan Island — having drifted some 130 kilometres from where they had been diving.

The pair were admitted to a Malaysian hospital in a stable condition, said local police chief Cyril Edward Nuing in the coastal town of Mersing, the base for search operations. (Story continues below) 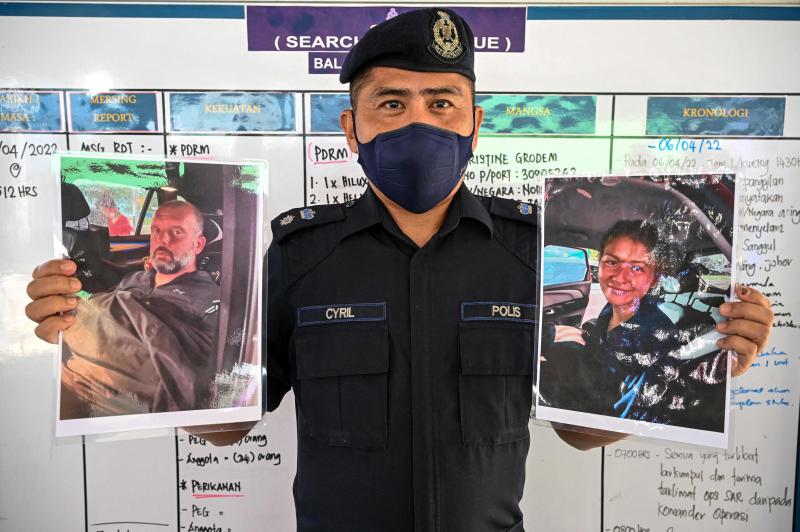 Authorities did not give details on how the rescued trio survived a long period drifting at sea, and said they had not yet been questioned in detail about their ordeal.

Previously, officials had expressed hope the divers would be found alive as they had substantial experience and were well equipped, including with a diving buoy.

They also said light rains in recent days might have helped the divers survive by providing drinking water.

On Thursday, the French teen’s mother Esther Molina told AFP from Mersing that the family were “hoping for the best. She’s a strong girl, she’ll kick ass”.

Grodem had been instructing the divers close to a small island, Tokong Sanggol, about 15 kilometres off Malaysia’s southeast coast, when the accident happened.

After a dive lasting about 40 minutes, they surfaced but could not find their boat. They drifted together in strong currents, but ended up getting separated.

The captain of the boat who took them to the dive site has been arrested after testing positive for drugs.

The area where the accident happened is popular with foreign and domestic visitors — resorts dot the coast and the islands.

Diving accidents, while rare, do occasionally happen in Malaysia.

In 2013, a British tourist died when she was struck by a passing boat’s propeller while diving off resort islands in the South China Sea.

Malaysia on April 1 reopened its borders to foreign tourists after a two-year coronavirus closure, and thousands of visitors have since arrived.