Christian village digs into Crusader past

The residents of Mi'ilya long wondered what archaeological treasures lay beneath a crumbling castle. Now, some are excavating their homes to find out

In the middle of Eilia Arraf's home -- between two living rooms, a cactus garden and a makeshift gym -- there are two large pits, each containing the ruins of a church that archaeologists believe was built about 1,600 years ago.

Mr Arraf found large sections of the church's mosaic floors under his house in 2020, as he tried to convert his aunt's bedroom and an olive oil storeroom into a new kitchen. The kitchen project was quickly abandoned. Instead, Mr Arraf turned the central part of his house into an archaeological dig -- and later, a minor tourist attraction. 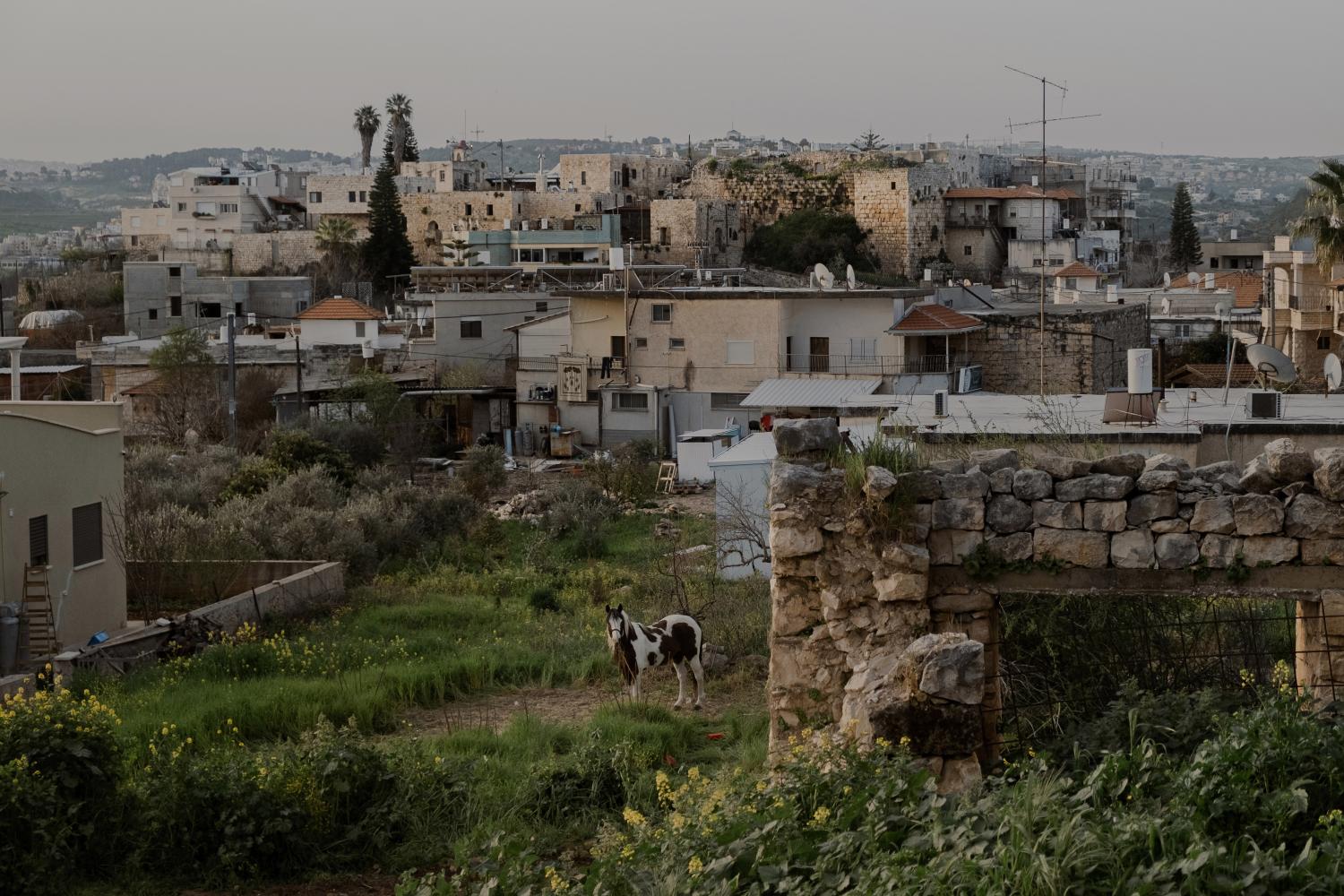 "We did lose part of our house," said Mr Arraf, 69, an electrical engineer. "But what we have underneath us is something that money can't buy."

In practically any other village in Israel, Mr Arraf's decision to dig up his home would have been unheard of. But in Mi'ilya, a hilltop village of some 3,200 people, mostly Arab Christians, in northern Israel, he is part of an eccentric trend of privately funded archaeological excavations.

Since 2017, four families have begun the process of excavating 10 private homes, searching for Crusader and Byzantine ruins. Hundreds more families in Mi'ilya have funded a village-wide project to restore part of its crumbling Crusader castle.

In the process, the villagers have discovered the largest-known winery from the Crusader era, a Crusader town wall, a Roman cistern and Iron Age cooking equipment -- as well as the Byzantine church underneath Mr Arraf's home. 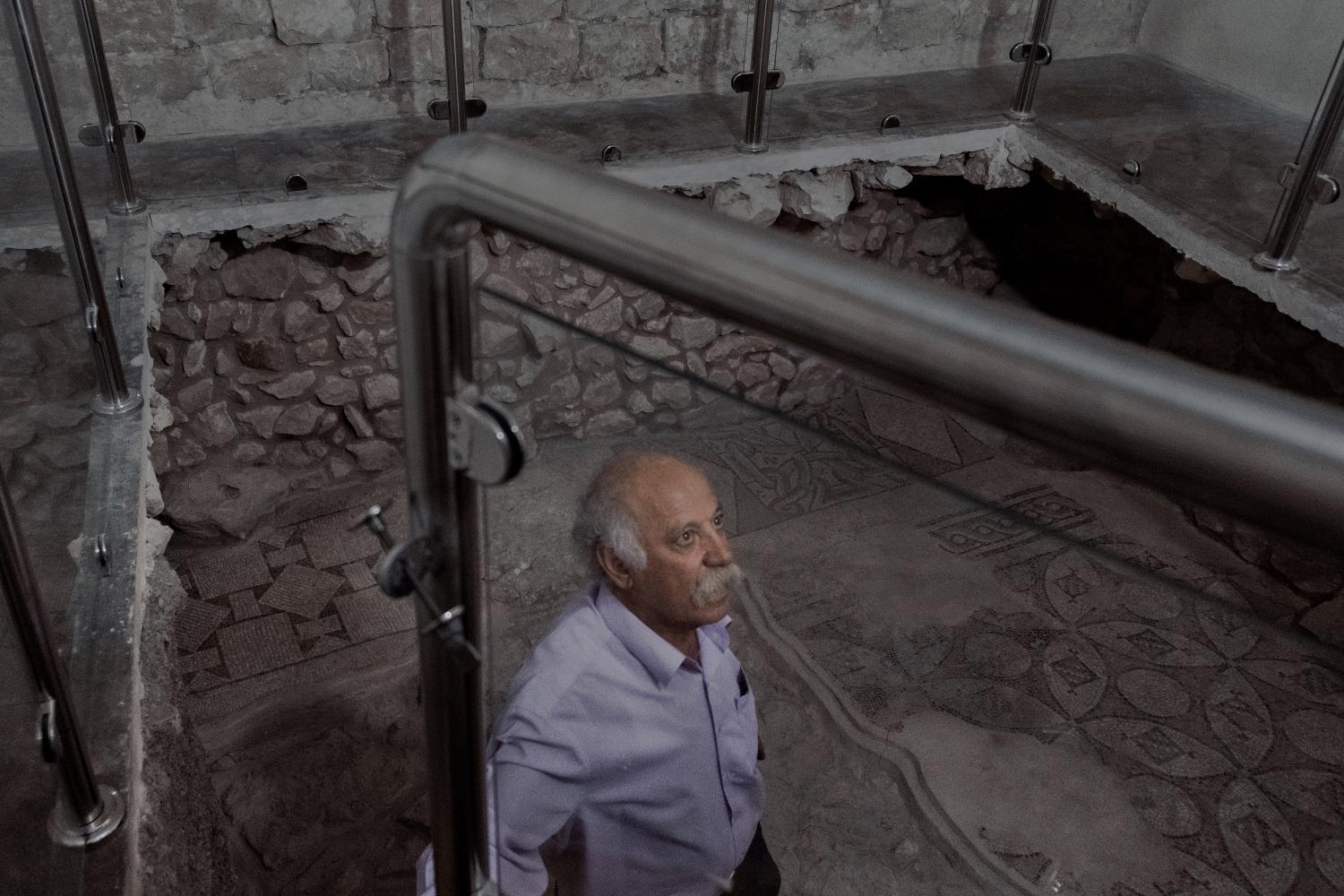 Eilia Arraf in the nave of a Byzantine church found under his home. AMIT ELKAYAM/nyt

"It was a domino effect," said Rabei Khamisy, an archaeologist from the village who is the driving force behind the project. "In Mi'ilya, excavation became something like a tradition."

For years, the villagers had known they were living atop and among an array of archaeological treasures, but they had never got around to digging up much of it. Parts of the present-day village date from the 12th century, when Frankish Crusaders built a castle there, probably during the rule of Baldwin III, a Christian king of Jerusalem.

Today, Mi'ilya remains one of a handful of Christian-majority villages in Israel. Most of its residents are Greek Catholics whose ancestors began to settle here during Ottoman rule in the mid-18th century.

Many live in homes built among the ruins of the Crusader castle, which became the backdrop to the lives of generations of villagers. But it was never properly excavated or restored.

"The council always said, 'We'll do the castle; we'll work on the castle,'" said Mr Khamisy, who grew up in the castle's shadow. "But nothing ever happened."

The turning point came in early 2017 when part of the castle wall began to collapse, endangering passersby.

A specialist in Crusader-era archaeology, Mr Khamisy, 45, had only recently started a new research post at a nearby university and had little time for a new project. But he realised it was now or never to preserve the fortress, and felt it was a matter of hometown honour. 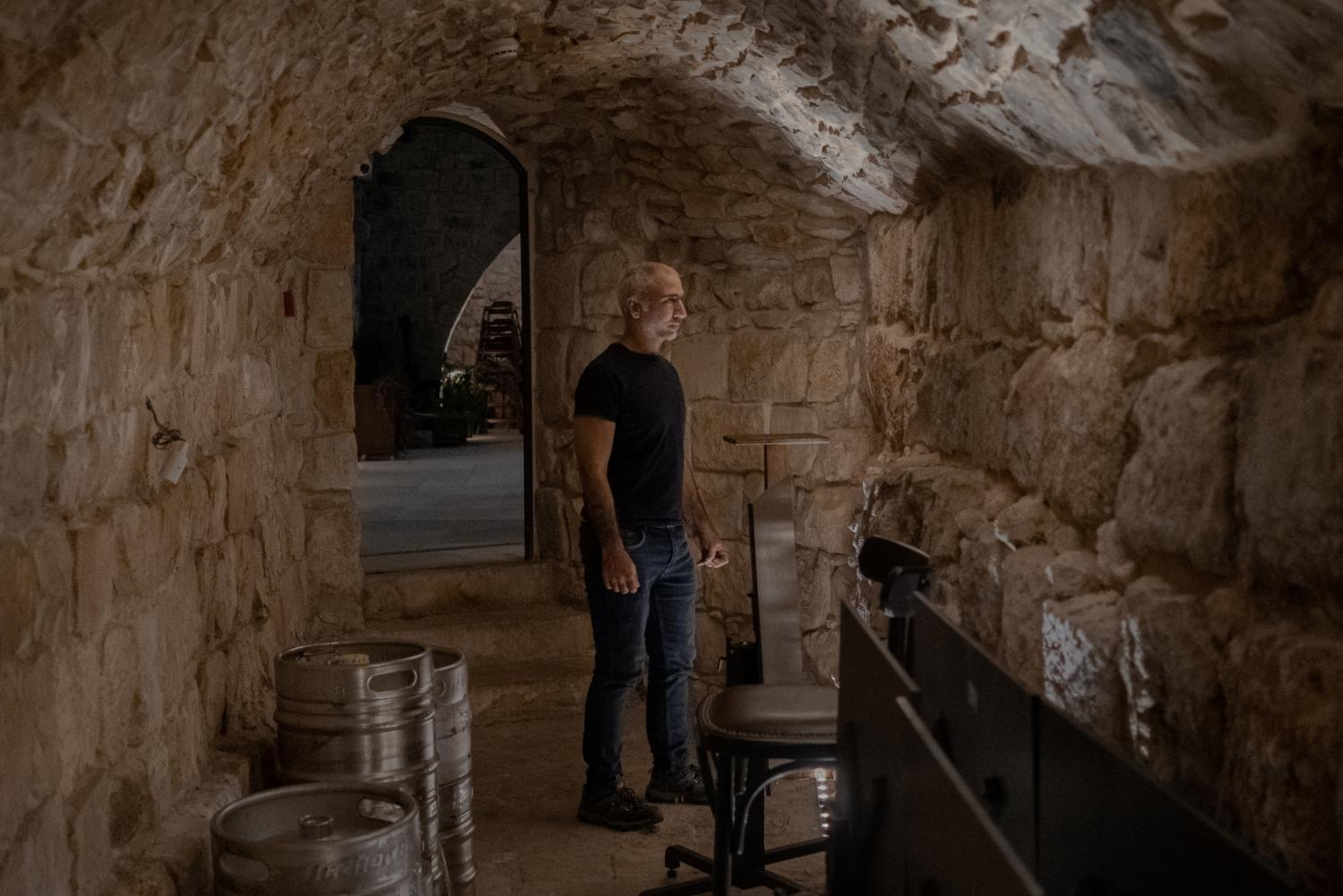 Rabei Khamisy, an archaeologist from Mi'ilya, Israel, who is the driving force behind the local excavations. AMIT ELKAYAM/nyt

"I'm going to restore the castle," he remembered thinking. "If I don't do it, I will leave the village. I can't live here."

So began the first of several restoration and excavation projects in Mi'ilya.

Mr Khamisy encouraged the village council to call a meeting, at which he asked families to each donate the equivalent of the cost of two cigarette packets. The villagers answered the call, giving roughly US$60,000, (2 million baht) and the council pitched in $30,000.

Several weeks later, the most dangerous stretch of the wall had been shored up.

Historically, residents of villages like Mi'ilya had been wary of notifying the antiquities authority if they found any hidden relics, which, though often kept in the custody of the homeowner, legally become state property. Residents feared that the government might take over their property or demand time-consuming excavations if a particularly noteworthy ruin was discovered.

For Palestinian citizens of Israel, as some Mi'ilya residents define themselves, the fear was particularly sharp, several villagers said, because the government had requisitioned Arab-owned land across Israel in the decades after the founding of the state.

But the wall restoration project gave the villagers greater trust in the authorities -- not least because Mr Khamisy was the main intermediary between the village and the government.

"He's a son of the village," said Salma Assaf, a former accountant who owns several properties in and around the castle ruins. "He broke the wall between us and the antiquities authorities."

Soon, the village clergy allowed the excavation of the village church, where Mr Khamisy said Iron Age pottery was dug up.

But the most dramatic discovery was lurking underneath Ms Assaf's own property next door.

Ms Assaf was in the middle of turning her family's Ottoman-era house into a restaurant. As the builders worked in its cellar, they discovered an ancient stone structure.

Galvanised by Mr Khamisy's recent project, Ms Assaf invited him over to examine it. The archaeologist quickly realised it was a previously unknown section of the Crusader town -- perhaps part of a medieval wine press. 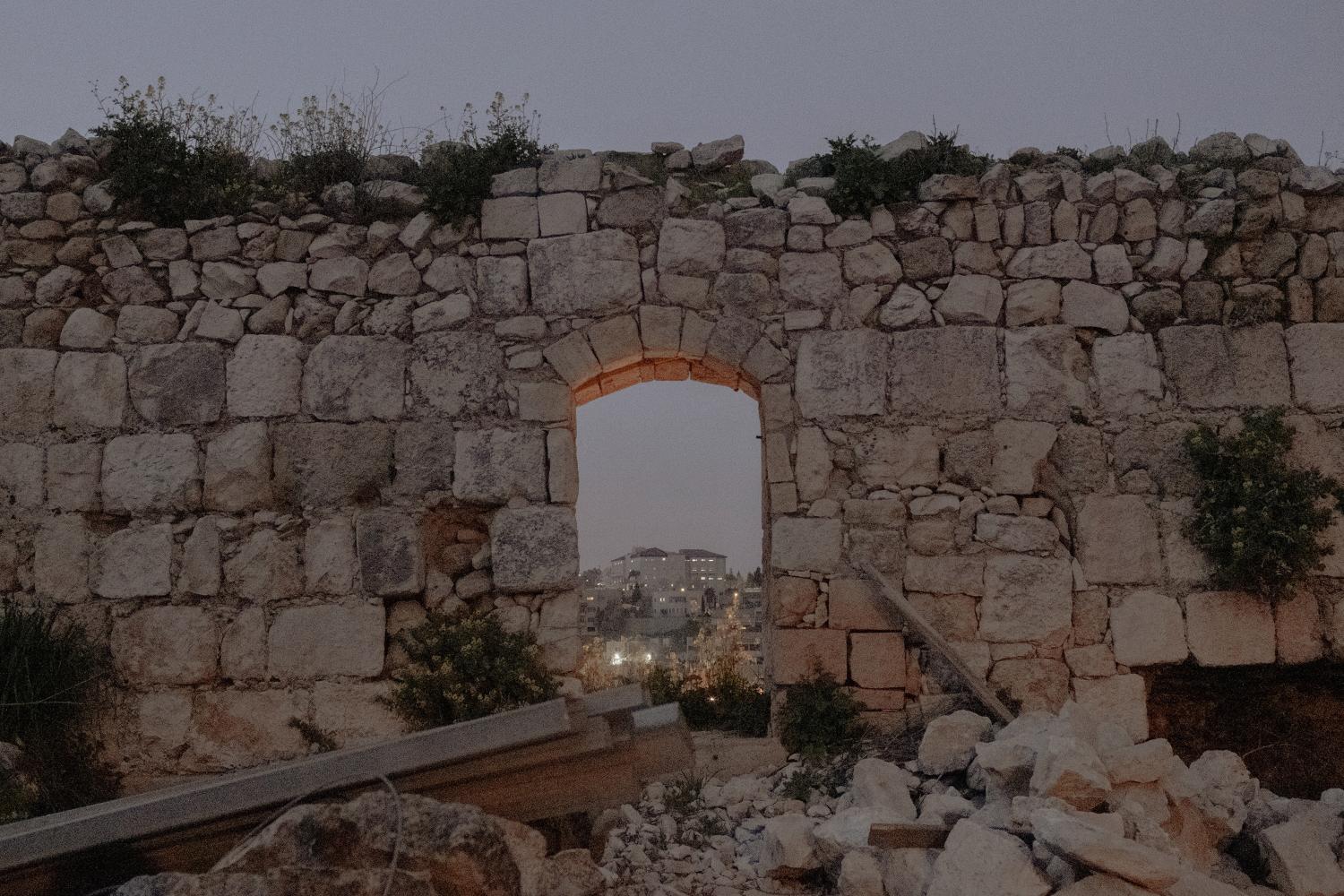 left The northern wall of a Crusader castle in Mi'ilya. AMIT ELKAYAM/nyt

Armed with trowels, shovels and pickaxes, Mr Khamisy and the Assaf family set about excavating the cellar themselves.

After digging for two weeks, Mr Khamisy suddenly started shouting and jumping. About two yards under the floor, he had found the first signs of a Crusader-era drainage system.

Ms Assaf's building, experts later concluded, was standing above the largest-known wine press in the Crusader era -- a revelation that drew the attention of a major Israeli newspaper, Haaretz.

"It was the most wonderful time of my life," Ms Assaf remembered.

Energized by the discovery, Ms Assaf began buying up other properties around the castle, excavating them with Mr Khamisy's help, and then restoring them. They uncovered a Crusader waterworks and a Roman-era cistern that the Crusaders appeared to have used as their own; neither were seismic discoveries, but they helped archaeologists deepen their understanding of Crusader life in the 12th century, when European Christians consolidated their efforts to colonise the region by force. 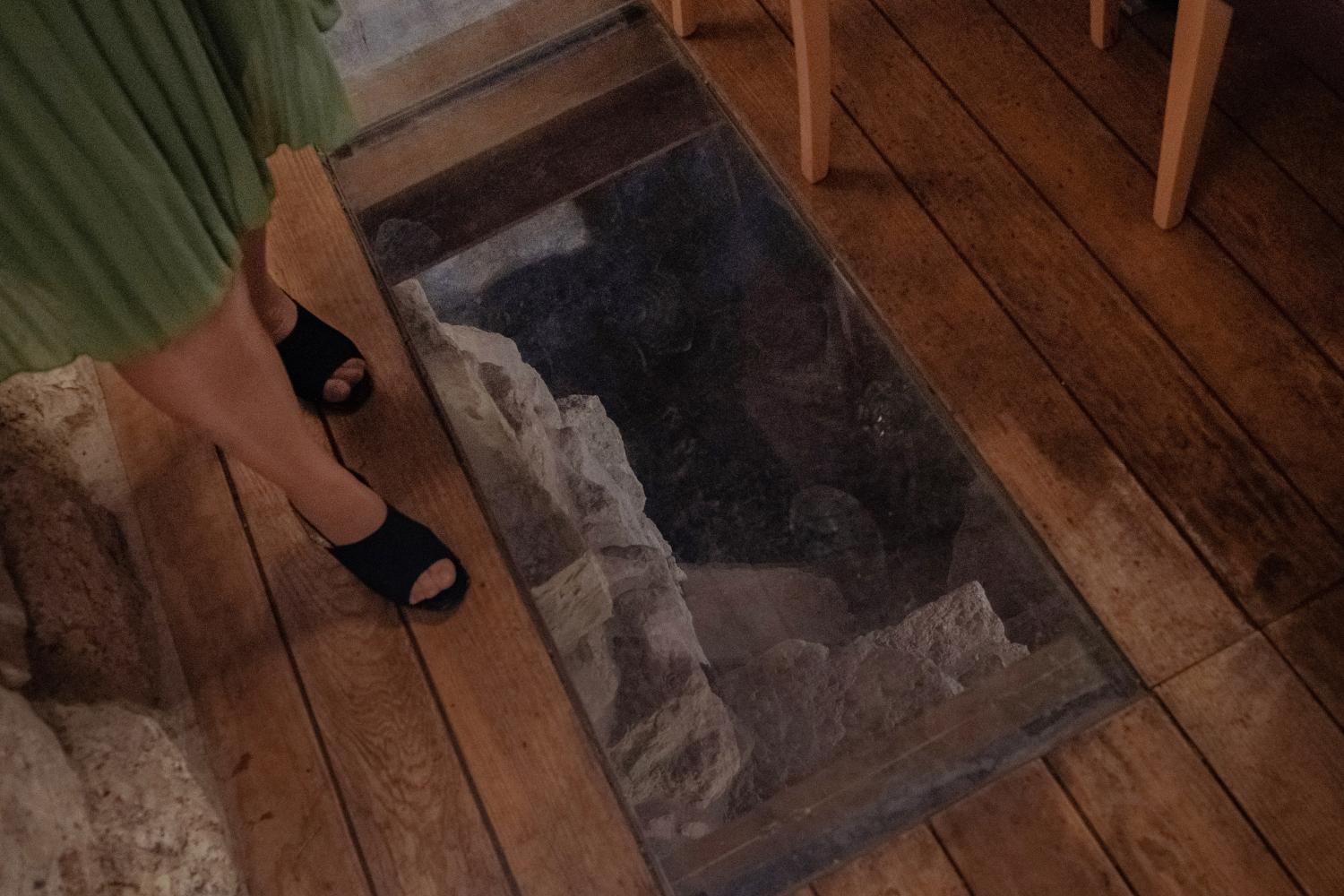 "The finds themselves are important for a Crusader historian, or an archaeologist like myself," said Adrian Boas, a professor of medieval archaeology at the University of Haifa. "They're adding information to what we know about the Crusader period."

But perhaps more significantly, they have helped make villagers more "aware of the importance of the past and their connection to the place they live in," Prof Boas said.