George Soros, billionaire and founder of Soros Fund Management LLC, speaks during an event on day two of the World Economic Forum (WEF) in Davos, Switzerland, on Tuesday. (Photo: Bloomberg)

United States billionaire George Soros warned Tuesday that "civilisation may not survive" Russia's invasion of Ukraine but said Europe could have a stronger position against Russian President Vladimir Putin regarding gas than it realises.

In his traditional dinner speech on the sidelines of the World Economic Forum in the Swiss mountain town of Davos, the Hungarian-born investor and philanthropist said the war has "shaken Europe to its core."

"The invasion may have been the beginning of the Third World War and our civilisation may not survive it," the 92-year-old financier said.

"We must mobilise all our resources to bring the war to an early end. The best and perhaps only way to preserve our civilisation is to defeat Putin as soon as possible," he said.

He praised US and European support for Ukraine but Europe's dependence on Russian fossil fuels "remains excessive," Soros said.

He said this dependence was "due largely to the mercantilist policies pursued by former (German) chancellor Angela Merkel" who made "special deals" with Moscow for gas supplies.

The European Union (EU) is now aiming to reduce its use of Russian gas by two-thirds this year, but it has fallen short of banning imports due to German reluctance.

The EU has also struggled to agree on an oil ban due to Hungary's opposition. 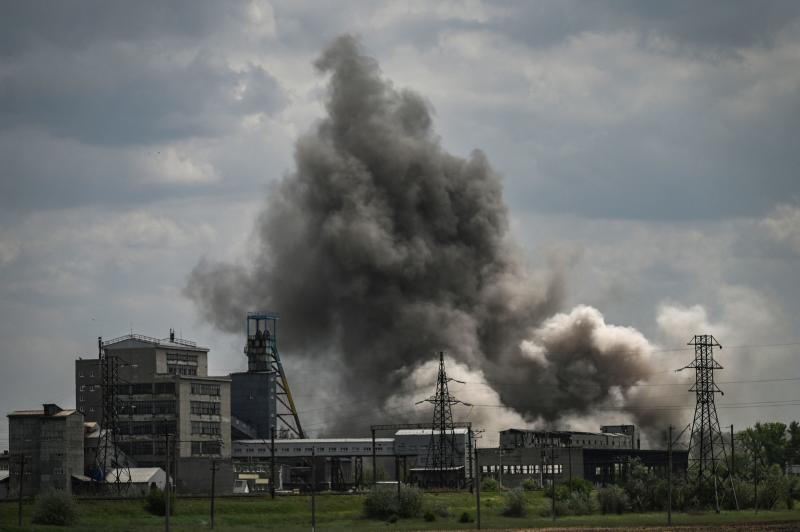 Smoke and dirt ascends after a strike at a factory in the city of Soledar at the eastern Ukranian region of Donbas on Tuesday, on the 90th day of the Russian invasion of Ukraine. (Photo: AFP)

"I think Putin has been very clever in sort of blackmailing Europe, threatening to cut off the gas, but actually his case is much less strong than he pretends," Soros said.

"He's actually in a crisis and he has managed somehow to terrify Europe," he said.

He said Putin put gas in storage last year instead of exporting it to Europe, creating a shortage that raised prices and made Russia "a lot of money."

But storage facilities will be full in July and Russia has no other place to ship the gas than Europe as it is its only market, he said.

Soros said he had explained this in a recent letter to Italian President Mario Draghi, but he has yet to receive a reply.

Putin is "in a tight situation. He has to do something with that gas," Soros said. "Europe has a much stronger position than it recognises."

Soros's dinner is among the most eagerly awaited events of the gathering of global business and political elites in Davos, but it last took place in January 2020 as the Covid-19 pandemic thwarted last year's confab.

He called Xi and Putin "dictators" whose countries represent "the biggest threat to open society".

"They are tied together in an alliance that has no limits. They also have a lot in common. They rule by intimidation, and as a consequence they make mind-boggling mistakes," Soros said.

"Putin expected to be welcomed in Ukraine as a liberator. Xi Jinping is sticking to a zero-Covid policy that can't possibly be sustained," he said, referring to China's strict lockdowns to contain coronavirus outbreaks. 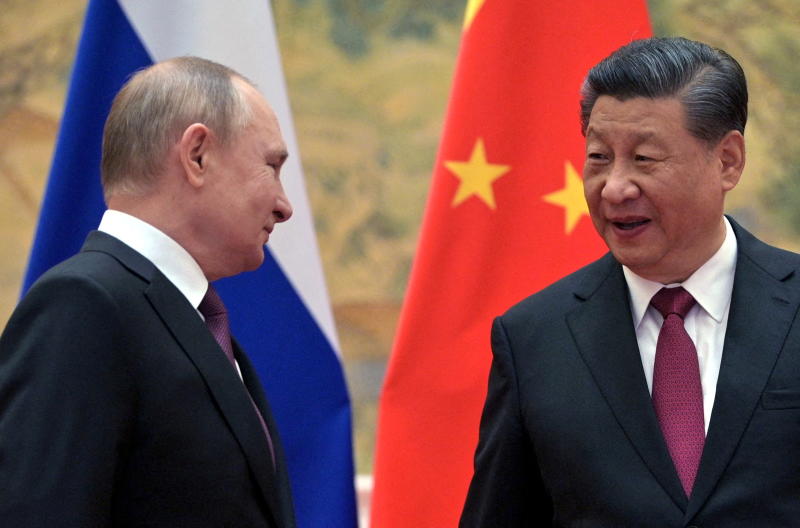 Several resorts in Kanchanaburi have been raided by police for encroaching on Electricity Generating Authority of Thailand (Egat) land and forest reserve areas.