A man tries to remove a tarpaulin banner with the words "Welcome to the Philippines, Province of China" that was hung from an overpass on July 12, 2018, in Manila, the Philippines. (File photo)

“We got as far as it is constitutionally possible to go’” said Foreign Affairs Secretary Teodoro Locsin, whose term ends with Duterte on June 30. “One step forward from where we stood on the edge of the abyss is a drop into constitutional crisis,”

China and the Philippines have been trying to strike a deal on energy resources in the contested waters since signing an initial agreement in November 2018. However Philippine oil driller PXP Energy Corp said in April that it had been ordered by the government to halt activities in the South China Sea.

Sea tensions between the two nations have also risen in the past weeks, with the Philippines’ protesting Beijing’s presence in the disputed area, as well as accusing China of illegal fishing and shadowing of Filipinos’ boats.

Marcos has said his incoming government will work with China, describing ties between the two nations as “advantageous.” But he has also said he will not compromise Philippine sovereignty. 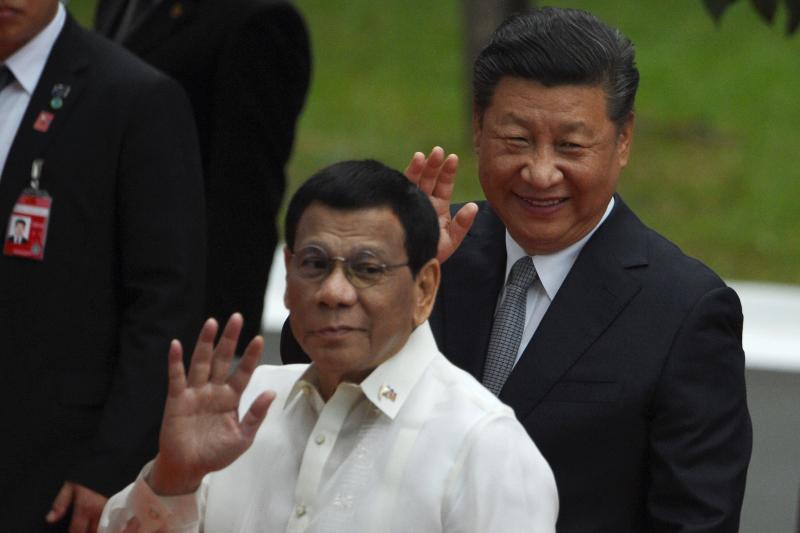 China's President Xi Jinping, right, and Philippines' President Rodrigo Duterte wave to members of the media after inspecting the honour guard during a welcoming ceremony at the Malacanang palace grounds in Manila on Nov 20, 2018. (Photo: AFP)