Freedom and democracy have disappeared in Hong Kong, Taiwan's premier said Friday, as Chinese leader Xi Jinping visited the business hub to celebrate the 25th anniversary of its handover from Britain.

Xi used the rare trip to hail China's rule over the city and insist it is flourishing after a years-long political crackdown that has silenced dissent.

"One only has to see the pain that Hong Kongers are going through to know whether Hong Kong is doing better or worse," Premier Su Tseng-chang told reporters in Taipei.

"It's only been 25 years, and in the past, the promise was 50 years of no change," he said, referencing Beijing's promise that Hong Kong could maintain key freedoms until 2047.

"The 'dancing will go on and horses will still run' has disappeared, and even freedom and democracy have vanished," he added, using a quote by former Chinese leader Deng Xiaoping promising Hong Kongers that life would not change after the handover.

The Chinese Communist Party has never ruled Taiwan but considers the island part of its territory and has vowed to one day seize it, by force if needed.

The party has offered Taiwan a One Country, Two Systems governance model like Hong Kong that would supposedly allow it to keep some freedoms and autonomy.

The offer has been widely rejected across the Taiwanese political spectrum and the suppression of Hong Kong's freedoms by Beijing has further reinforced that sentiment. 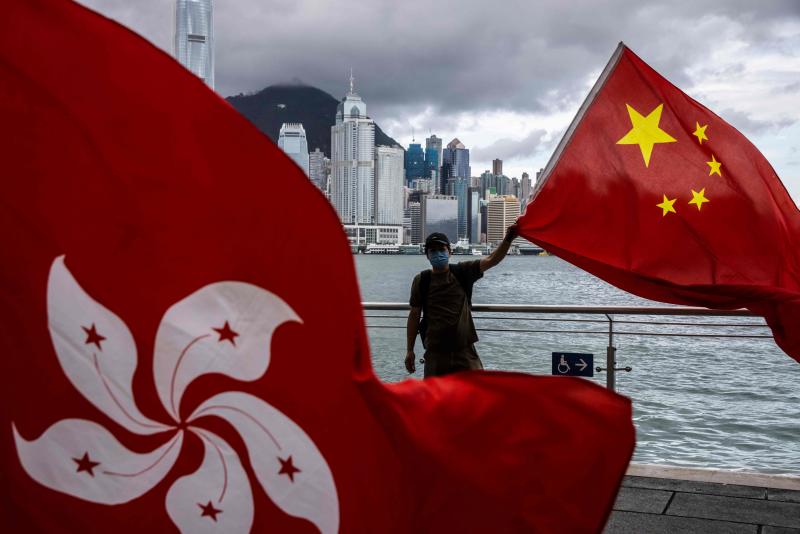 A man waves the Chinese flag to celebrate the 25th anniversary of the city's handover from Britain to China, in Hong Kong, on Friday. (Photo: AFP)

Su said Taiwan must hold fast to its own sovereignty, freedom and democracy.

"China's so-called One Country, Two Systems simply has not stood up to the test," he said. 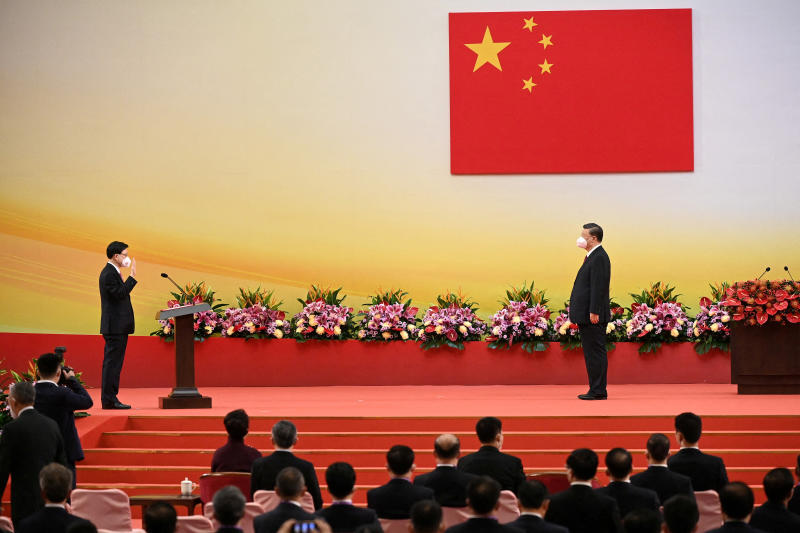 China's President Xi Jinping looks on as Hong Kong's incoming Chief Executive John Lee is sworn in as the city's new leader, during a ceremony to inaugurate the city's new government, in Hong Kong, China, on Friday. (Photo: Reuters)