Philippine President Ferdinand Marcos Jr makes a point during a Bloomberg Television interview in New York, where he is attending the UN General Assembly. “The best politics is still performance,” he said. (Bloomberg Photo)

Noting that the Philippines can’t be complacent in relying on traditional suppliers, Marcos said the country was having conversations with Russia and other countries to diversify its supply chain for foodstuffs and agricultural necessities like fertiliser to keep prices down.

“Now maybe we need to approach Russia, say that maybe they can loosen up and provide us with fuel,” Marcos said in an interview with Bloomberg TV from New York, where he was attending the United Nations General Assembly. Manila, he said, was “close” to striking agreements with Russia and others.

“The political side of it has been a little tricky, but nonetheless, the national interest comes first,” he said, when asked about US-led sanctions against Russia over its invasion of Ukraine.

“We need to find those new sources of fuel. But that applies not only to fuel, it applies to things like feed, fertiliser, other inputs that are just critical for us.”

The comments come after a hectic week of global diplomacy in New York where US President Joe Biden and other G-7 leaders tried to gain more international momentum for a campaign to sanction and isolate Russia over its war in Ukraine.

The comments from Marcos, who met with Biden this week, reflect the difficult choices facing leaders in many developing nations as rising prices drive people into poverty.

Marcos’s economic team is aiming for growth of at least 6.5% annually through 2028, bringing the country back to its pre-pandemic expansion levels. A broad reopening from what was among the world’s strictest pandemic lockdowns has supported economic recovery.

During his election campaign, Marcos was dogged by the human rights abuses and corruption during the 21-year rule of his father, who placed the country under martial law 50 years ago. The president said his election indicates the nation has now “moved forward”.

“The last election has really given us the direction the people want us, the government, to take the Philippines and that is to economic prosperity,” he said. “The best politics is still performance. And that’s how you move forward — you perform well.”

Still, the country is facing economic challenges, with the surge in commodities prices pushing inflation above targets in a nation that imports goods from oil to wheat. That has been aggravated by the peso’s slump to a record low. The central bank has raised interest rates by 225 basis points so far this year to tame inflation.

The Philippines has also experienced shortages in food items including sugar and onions. Marcos has made the rare move as president of personally heading the agriculture department, as he seeks to deliver on his campaign pledge of food sufficiency.

Speaking before members of Asia Society in New York, Marcos said that despite the challenging environment “the Philippines remains on track to graduate to upper middle-income-country status by next year”.

“With steady investments in infrastructure, agriculture, food security, public health, education, and other social services, we seek to become a high-income country, with zero extreme poverty, by the year 2040,” he said. 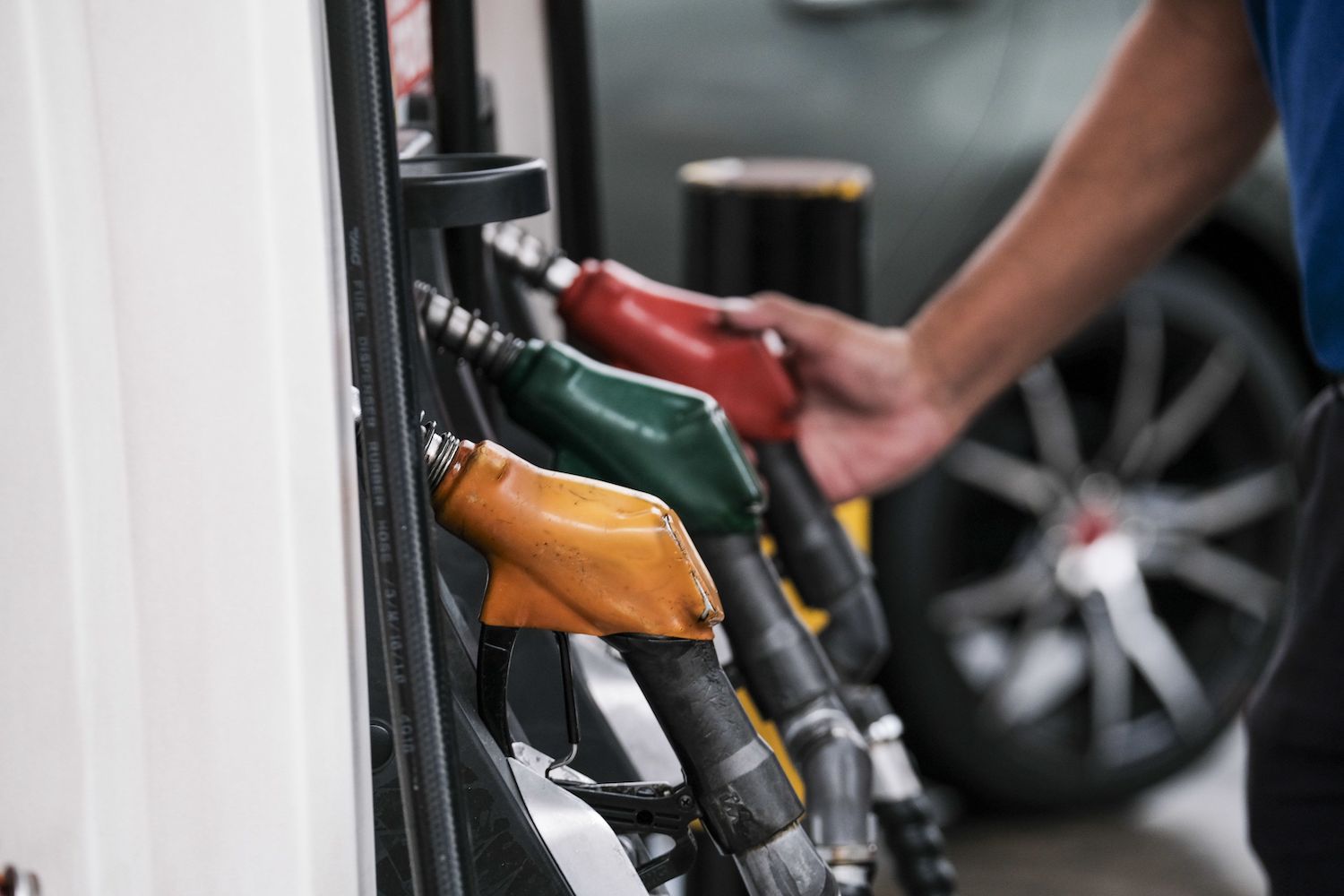 A man prepares to fill a vehicle at a petrol station in Quezon City, Metro Manila. (Bloomberg Photo)

Philippines to expand US access to military bases: official