A man drives past fallen trees following the passage of typhoon Noru in Danang, Vietnam, on Wednesday. (Photo: AFP))

Typhoon Noru tore roofs from homes and caused power outages across central Vietnam Wednesday, with hundreds of thousands of people taking refuge after the storm claimed at least 10 lives in the Philippines.

In Danang, Vietnam's third-largest city, high-rise buildings shook as the typhoon made landfall in the early hours of Wednesday, bringing winds of up to around 120 kilometres per hour, according to the national forecaster.

More than 300,000 people in Vietnam hunkered down in shelters overnight, after forecasters predicted the storm would be one of the biggest to ever hit the country.

By Wednesday evening, it weakened to a tropical storm as it crossed into southern Laos, but forecasters in Vietnam warned of landslides and serious flooding in the typhoon's wake.

The Defence Ministry has mobilised around 40,000 soldiers and 200,000 militia members, equipped with armoured vehicles and boats in preparation for rescue and relief operations, state media said. 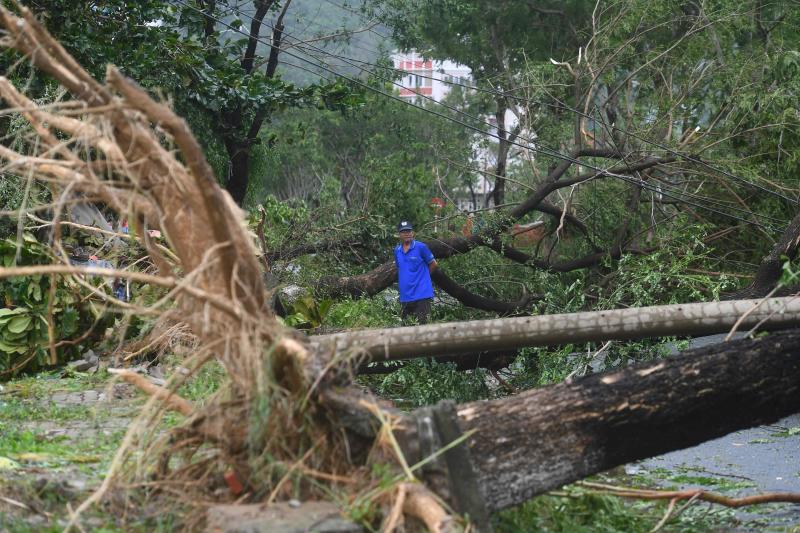 A man stands among fallen trees following the passage of typhoon Noru in Danang on Wednesday. (Photo: AFP)

In the popular tourist city of Hoi An, the Hoai River was close to bursting its banks, while the ground was littered with metal roof sheeting and fallen trees which had damaged cars and blocked roads.

"The typhoon was terrible last night. I could not sleep as the wind was so strong and loud," resident Nguyen Thi Hien told AFP.

Around 300 houses in the coastal province of Quang Tri had their roofs blown off late Tuesday as the wind began picking up speed.

"I heard the sound of fallen trees and signboards outside. I was scared. But we were prepared so luckily the losses were not that bad."

Reshma D'Souza, from India, spent a frightening night in her hotel room. At around 1 am, she said, she saw that the "wall was vibrating".

"(It was) shaking, so I was just praying and I was so scared."

Residents rushed to clean up the debris early on Wednesday, with some shops already open and tourists walking the streets, taking pictures of the floodwater.

Airports and offices across central provinces began to reopen on Wednesday afternoon.

But key sections of the highway linking Hanoi in the north with commercial hub Ho Chi Minh City in the south remained closed due to landslides and floods, according to state media. 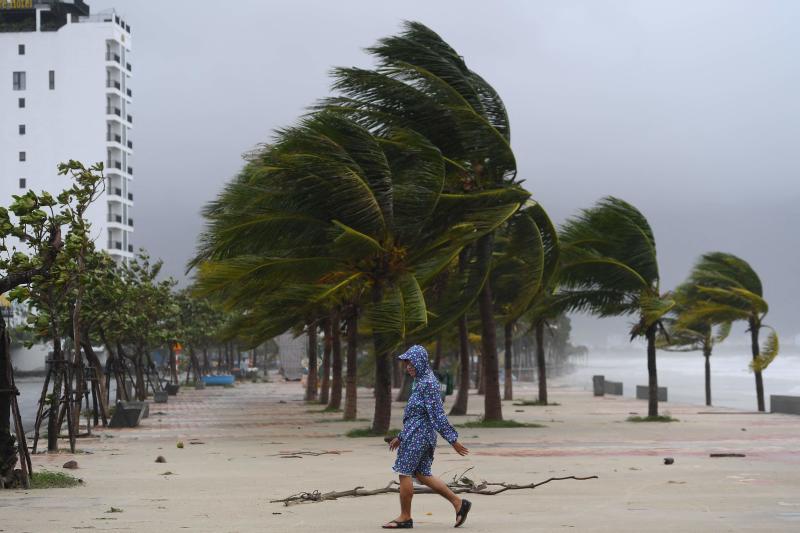 A man walks along the beach following the passage of typhoon Noru in Danang on Wednesday. (AFP photo)

Noru hit Vietnam after slamming into the Philippines earlier this week as a super typhoon with winds of up to 195 kph, leaving 10 dead and eight missing, the civil defence office said.

In Laos, authorities ordered a close watch on dams and urged people to seek shelter for themselves and for livestock.

The Meteorological Department of Thailand said it will hit Ubon Ratchathani and Amnat Charoen on Wednesday night and gradually weakening into a tropical depression.

The Thai authorities warned of heavy rain, and possible flash flooding, and said people living in high-risk areas should prepare to evacuate their homes.

In Cambodia, officials warned residents in low-lying areas already hit by heavy rains in recent days to be alert to the danger of flash floods.

Vietnam is frequently lashed by heavy storms in the rainy season between June and November, with central coastal provinces the worst affected.

Scientists have warned the storms are becoming more powerful as the world gets warmer because of climate change. 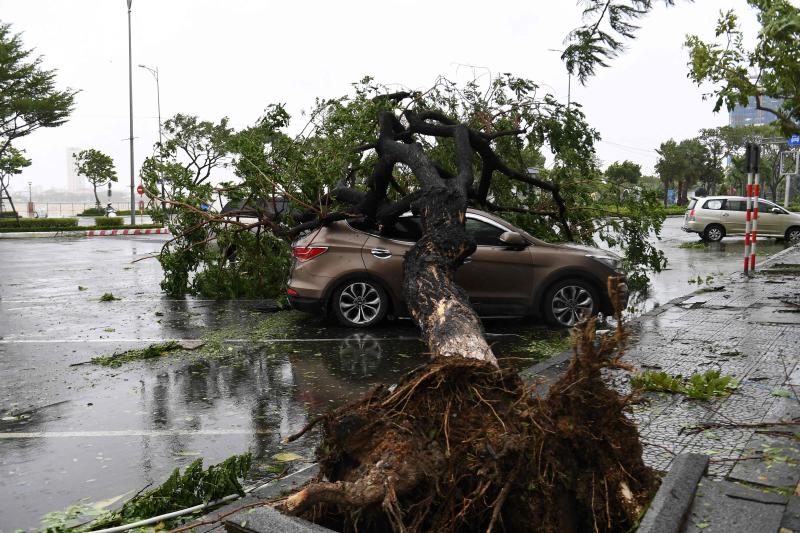 A tree has fallen on a car following the passage of typhoon Noru in Danang on Wednesday. (Photo: AFP)