In this file photo taken early on May 1, 2016, Russian President Vladimir Putin, right, and Russian Orthodox Patriarch of Moscow and All Russia Kirill attend Orthodox Easter celebrations at the Christ the Saviour Cathedral in Moscow. (Photo: AFP)

"God put you in power so that you could perform a service of special importance and of great responsibility for the fate of the country and the people entrusted to your care," the patriarch said, joining a chorus of Russian officials congratulating Putin.

The patriarch praised Putin for "transforming the image of Russia, strengthening its sovereignty and its defence capability, protecting its national interests."

Kirill wished "health and a long life" to the Russian president who has been in power for more than 20 years.

He also called on worshippers across the country to pray for Putin's health.

"You gained the reputation of a national leader selflessly devoted to the Fatherland, sincerely loving the Motherland and giving all its strength to it," the patriarch said.

The leader of the Russian Orthodox Church since 2009, Kirill has been a vocal supporter of the military operation in Ukraine.

He has close ties with Putin's government, backing conservative values over Western liberalism. 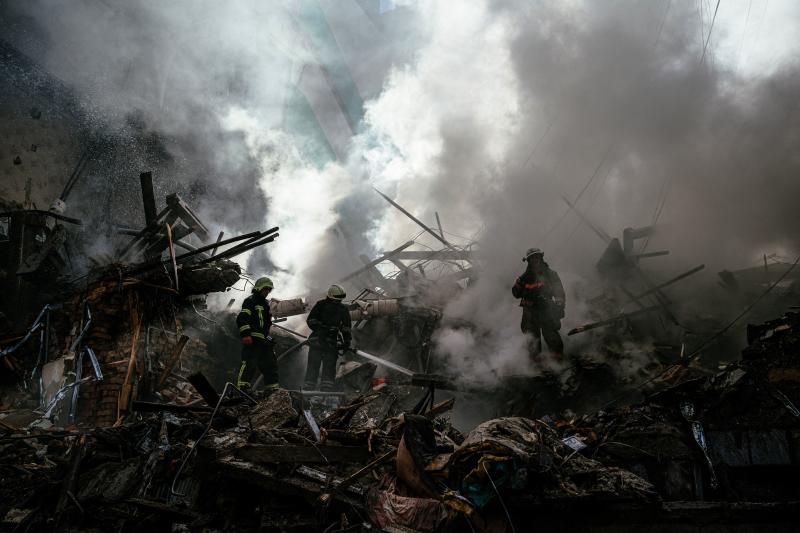 Ukrainian firefighters push out a fire after a strike in Zaporizhzhia on Thursday, amid the Russian invasion of Ukraine. (Photo: AFP)

A freight train derailed after a loud bang that sounded like a bomb blast occurred on a track between Hat Yai an Padang Besar stations in Sadao district of Songkhla on Saturday afternoon. No casualties were reported.