In this file photo taken on April 27, 2020, a healthcare worker dressed in personal protective equipment collects a nasal swab sample from a migrant worker for testing for the coronavirus at a foreign workers' dormitory in Singapore. (Photo: AFP)

Singapore is also attempting to replace nurses lost to other nations during the Covid-19 pandemic - including by dangling bigger pay packets - but retention is an issue, with some saying they were eyeing moves abroad due to difficulties settling down here.

According to the Singapore Nursing Board, foreign-trained nurses who wish to work in Singapore must sit for a licensure examination and undergo a competency assessment.

This is unlike other countries such as the United States or Britain, where foreigners seeking employment may also need to take extra steps such as an English language test.

The cost of each test typically ranges between US$180 to $325, depending on where they sit for it, which may deter some from applying to such countries.

"Nurses have many more options today than they had previously because the pandemic has compelled everyone to basically prioritise nurses," said Assoc Prof Jeremy Lim from the National University of Singapore's Saw Swee Hock School of Public Health.

He said being close to their family while working overseas was another important consideration for foreign nurses.

"Many of the nurses come from the Philippines or from regional countries, and people leave their home countries to earn money, but they still want to be reasonably close to home," Lim added.

"So Singapore, frankly, benefits from our proximity to the Philippines, to India, to Myanmar, as opposed to the US to the European countries and we have an intrinsic edge when it comes to recruiting foreign nurses." 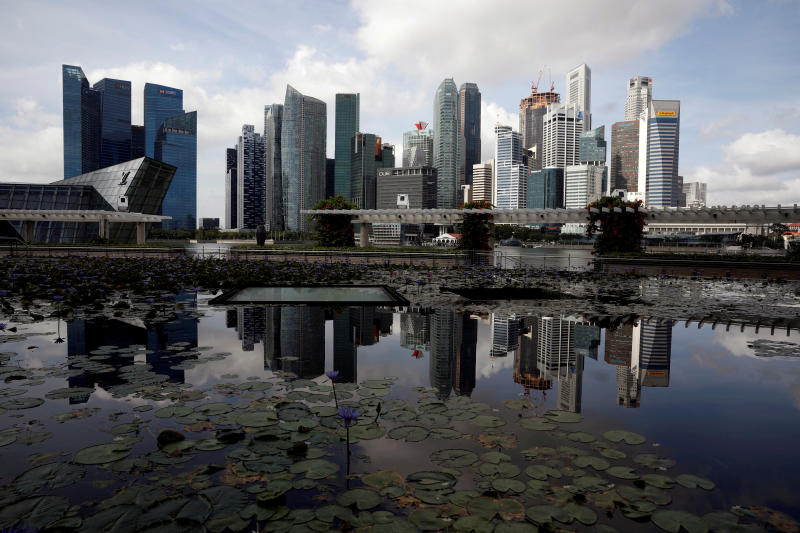 Earlier in November, Health Minister Ong Ye Kung announced that Singapore would add close to 4,000 new nurses to its workforce by the end of 2023.

This would make up about 10% of the current nursing workforce and is 700 more than the total number of nurses onboarded last year.

Of these 4,000 nurses, a higher proportion will be foreign - with a ratio of about 60:40 local - to make up for the slowdown in foreign nurse recruitment due to Covid-19 border restrictions over the past two years.

Singapore recorded an increase in attrition rates among local and foreign nurses in the public sector in 2021, compared with 2020.

In July, the Health Ministry announced that more than 25,000 nurses would receive a special payment of between 1.7 and 2.1 months of their base salary.

The base salaries of public healthcare nurses were also increased between 5 and 14% following a review last year.

Despite these efforts to woo and retain foreign nurses, some working here cited the challenges of making Singapore their permanent home as a factor in prompting them to look elsewhere.

"I have colleagues who have left or who are planning to leave because it's very hard for them to settle down," said Mei (not her real name), a 32-year-old Myanmar national who works as a nurse in a public hospital in Singapore.

"Whereas in other countries, there is that hope that in two years, you can bring your family over and can purchase a house and start a life there."

Healthcare workers interviewed for this story cannot be identified as they are not authorised to speak to the media.

Mei, who is married to a Singaporean and has been working in the country for more than a decade, told CNA that her application for permanent residency has been rejected eight times. She is currently in the process of appealing the latest rejection.

"I have no plan to go yet because I'm married to a Singaporean, but these are the factors that are pushing a lot of foreign nurses to go overseas."

It is a similar situation for Indian national Paul (not his real name), a nurse in a public hospital in Singapore for four years.

The 29-year-old decided to relocate to Singapore after working for three years in India as a nurse.

"I chose to come to Singapore because it is nearer to India compared to other countries," he said. "My parents are old and have a lot of medical problems so if I had gone to a European country, which is quite a distance away from India, it would take too long.

"I also heard from my friends who are working in Gulf countries like Saudi Arabia and Oman, that it is difficult to get permission to go home even if there's an emergency. But it's better in Singapore, because they still allow you to go home if something happened to the family, they are more understanding," Paul added.

"So far, I have no plans to leave Singapore because I think it's a good place to work and the money is better than what I would get at home."

Paul wants to settle down with his partner, but said he was concerned about his chances of obtaining permanent residency, having already failed a couple of times applying.

Assoc Prof Lim said Singapore was shooting itself in the foot over this issue of long-term residency.

"If one is married and one's partner comes to Singapore but cannot work, that is challenging and now that under Singapore's labour law - if one is on a dependent pass - it's not straightforward to work anymore, it just creates more barriers," he said.

In the face of a continued global nursing shortage and rising demand for care, Lim said offering long-term residency to foreign nurses would help increase Singapore's competitiveness and reduce attrition rates in the long term.

Otherwise, Singapore runs the risk of being used as a mere stepping-stone to other countries.

"In Southeast Asia, we're definitely one of the best and in fact around the world, our public healthcare system is probably one of the better ones, so nurses who pass through us do get a sense of credibility," said Dr Lim Huai Yang, a public health specialist with an interest in organisational health.

"They see us as a place where they can get something on their resume, get good training for a few years and gain some experience before moving on to another country where the pay is probably better, and the work-life balance is better."

Assoc Prof Lim said that in the fight to attract and retain nursing talent, it was increasingly not just about quantity but quality as well.

"We are in a global market and if we don't want them, someone else will," he warned.

"We have lost many of our most experienced foreign nurses and replacing a nurse who has been in Singapore for 15 years is not straightforward.

"We can't just get one nurse who recently arrived in Singapore and expect them to be like-for-like."