Russia and US confirm high-profile prisoner exchange on Thursday

American basketball player Brittney Griner is escorted to the courtroom to hear its final ruling in her cannabis possession case in Khimki outside Moscow, in August this year. (AFP Photo)

US basketball star Brittney Griner has been released in a prisoner swap with Russia for the arms dealer Viktor Bout, who was arrested in Thailand in 2008 and later jailed in the United States.

President Joe Biden announced the breakthrough in a televised early-morning address on Thursday, saying he had spoken to Griner just “moments ago”.

“She is safe. She is on a plane. She is on her way home,” Biden said, adding that she should be back in the United States within 24 hours.

The Olympic legend and LGBT trailblazer, who was being held in a remote penal colony, was arrested at a Moscow airport in February and handed nine years in prison in August for possessing vape cartridges with a small quantity of cannabis oil.

Biden said Griner would need time to recover from “needless trauma” after time spent in Russia’s IK-2 penal colony, a facility in the town of Yavas in the central region of Mordovia.

Reporting that Griner was in “good spirits”, Biden said she deserved “space, privacy and time with her loved ones to recover and heal from her time being wrongfully detained”.

“I’m just standing here, overwhelmed with emotions,” Cherelle Griner said, describing the ordeal of her wife’s imprisonment as “one of the darkest moments of my life.”

Moscow confirmed that it had exchanged Griner for Bout, who was serving a 25-year sentence in the United States.

“On December 8, 2022, at the Abu Dhabi airport, the exchange of Russian citizen Viktor Bout for US citizen Brittney Griner … was successfully completed,” the Russian foreign ministry said in a statement.

According to Biden, the United Arab Emirates facilitated Griner’s release. She transited through the country en route back to the United States, where she was expected within 24 hours.

The UAE president and Saudi crown prince led mediation efforts that secured the release of Griner in a prisoner swap with Russia, a UAE-Saudi joint statement said on Thursday.

The player arrived in Abu Dhabi on board a private plane from Moscow after her release by Russian authorities, the statement added.

Griner’s case became an international cause because she was seen as a hostage held by President Vladimir Putin’s government as Russia was subjected to a broad swath of international sanctions in response to its invasion of Ukraine a week after her arrest.

Despite the upbeat mood in Washington, Biden conceded that the United States had not yet succeeded in freeing Paul Whelan, a retired US Marine arrested in December 2018 and accused of spying.

Cherelle Griner acknowledged his fate, saying: “Today my family is whole, but as you all are aware there’s so many other families who are not whole.”

When Griner was arrested, the two-time Olympic basketball gold medalist and Women’s NBA champion had been in Russia to play for the professional Yekaterinburg team, during her off-season from the Phoenix Mercury.

She pleaded guilty to the charges, but said she did not intend to break the law or use the banned substance in Russia.

Griner, 32, had testified that she had permission from a US doctor to use medicinal cannabis to relieve pain from her many injuries, and had never failed a drug test.

The use of medical marijuana is not allowed in Russia.

Moscow said it had been negotiating with Washington to secure Bout’s release “for a long time” and that initially the US had “refused dialogue” on including him in any swap.

“Nevertheless, the Russian Federation continued to actively work to rescue our compatriot. The Russian citizen has been returned to his homeland,” the defence ministry said.

Dubbed “the merchant of death”, Bout was one of the world’s most wanted men prior to his 2008 arrest in Thailand in a US-led sting operation. He was subsequently extradited to the United States.

Bout, now 55, was sentenced in 2012 in New York to 25 years in jail after he was convicted of arming rebels in some of the world’s bloodiest conflicts. 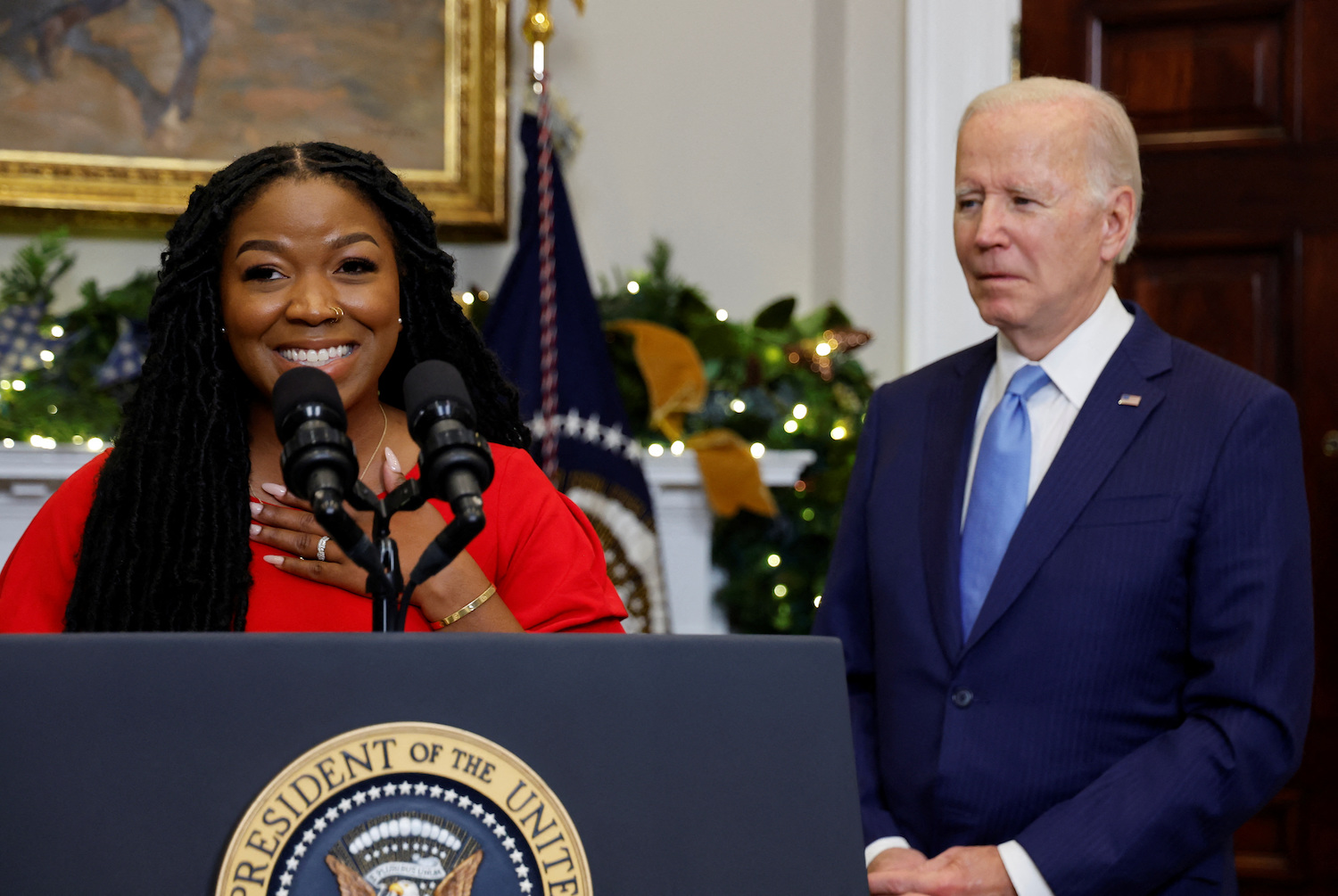 Cherelle Griner talks about the release by Russia of her wife, WNBA basketball star Brittney Griner, as US President Joe Biden listens, at the White House in Washington on Thursday morning. (Reuters Photo) 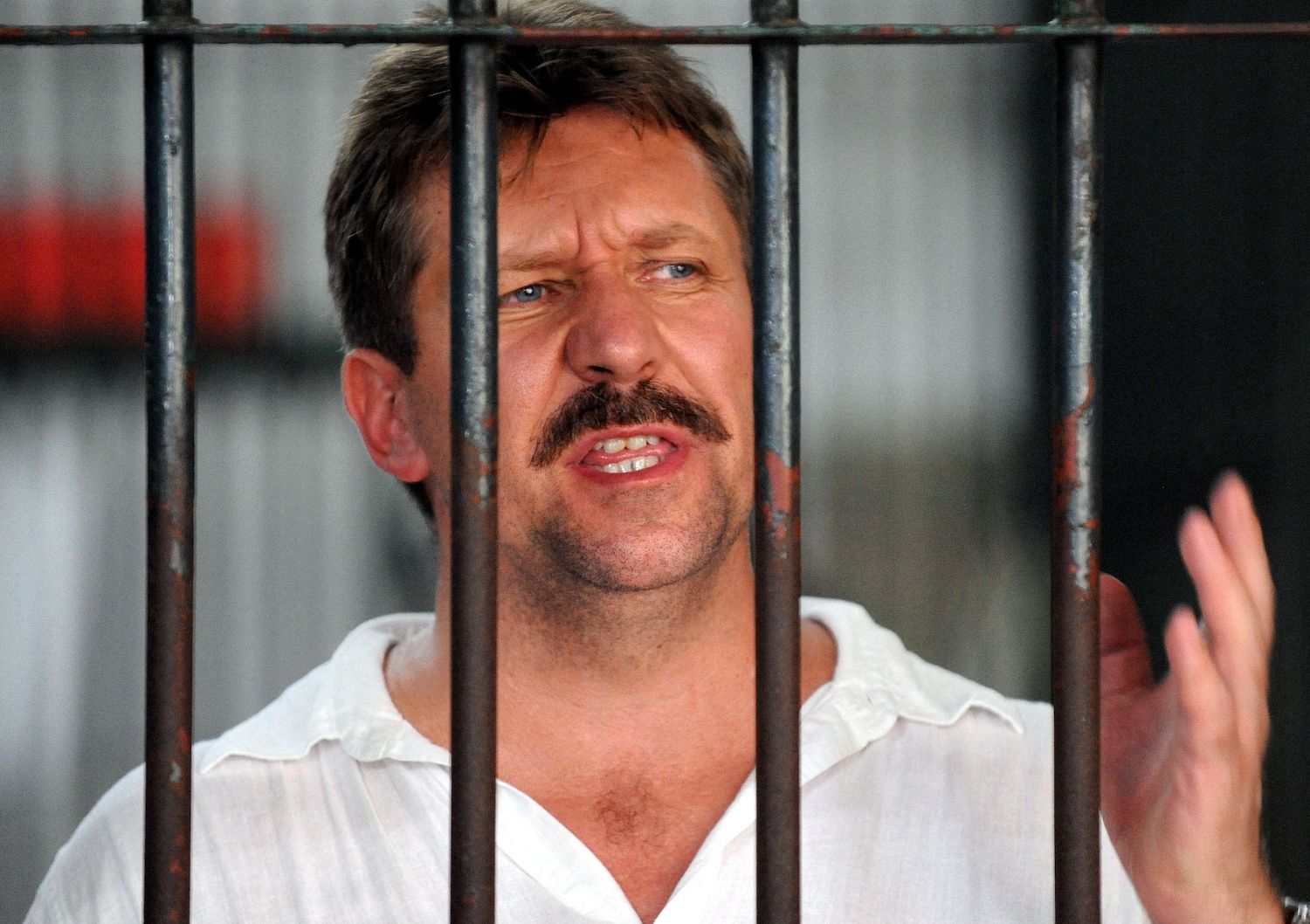 Russian arms dealer Viktor Bout speaks to reporters from his cell at the criminal court detention centre in Bangkok in 2008. He was later extradited to the US and jailed for 25 years before being released in a prisoner swap for US basketball star Brittney Griner on Thursday. (AFP File Photo)