Griner, 32, was seen by an AFP reporter walking across a runway after her plane landed in San Antonio, Texas.

Griner’s first stop on arriving back in the United States was not her home in Phoenix, but the Brooke Army Medical Center in San Antonio, the New York Times reported.

White House national security spokesman John Kirby said told NBC that Griner “was in very, very good spirits when she got off the plane and appeared to be obviously in good health”.

Griner would be taken to the military facility for medical checks to make sure she has “all the access she needs to health care workers just to make sure that she is OK”, Kirby said.

Griner, who was arrested in Russia in February on drug charges, and Bout, 55, who was serving a 25-year sentence in a US prison, were exchanged at an airport in Abu Dhabi on Thursday.

In video released by Russian state media, Griner, shorn of her distinctive dreadlocks, and a relaxed and animated Bout could be seen crossing paths on the airport tarmac and heading towards the planes that would take them home.

US President Joe Biden announced Griner’s release early Thursday in an address from the White House. He said he had spoken to her and she was in “good spirits” after suffering “needless trauma”.

The Brooke Army Medical Center has long been a place the US government has sent people who need to be debriefed or who require sensitive medical care after going through an ordeal like Griner’s. The hospital treats civilians and military personnel who have survived torture or other trauma.

In February, Griner, a popular WNBA player, was arrested at an airport in Moscow after customs officers said they found vape cartridges that contained hashish oil in her luggage. Her arrest came shortly before Russia invaded Ukraine, and her case became entangled with the war and worsening relations between Washington and Moscow.

She was convicted of drug smuggling and taken to one of Russia’s most notorious prisons, where former inmates have detailed horrible treatment, including torture, beatings and forced labour. (Story continues below)

In Moscow, meanwhile, Bout’s wife said her husband feels terrible after his long journey and his family expects that the United States will hand over his documents and drawings to the Russian embassy, the TASS news agency has reported.

Alla Bout said her husband was “exhausted” and hadn’t slept for three days.

His family said it expected the United States would hand over his documents and drawings to the Russian embassy as soon as possible.

“I hope that all his documents and drawings will be handed over to the Russian Embassy soon,” she said.

She also said she was grateful for how the Americans treated her husband during the prisoner exchange.

“He said he was grateful to the American side for feeding him. He said he hasn’t eaten as much for the last 12 years. He was treated well, with respect, he wasn’t shackled or in handcuffs.”

Bout was arrested in a US-led sting operation in Thailand in 2008 and lated extradited to the US. In 2012, a court in New York sentenced him to 25 years on arms dealing charges.

The Russian foreign ministry said it had been negotiating with Washington to secure Bout’s release “for a long time” and that initially the United States had “refused dialogue” on including him in any swap.

“Nevertheless, the Russian Federation continued to actively work to rescue our compatriot,” it said. 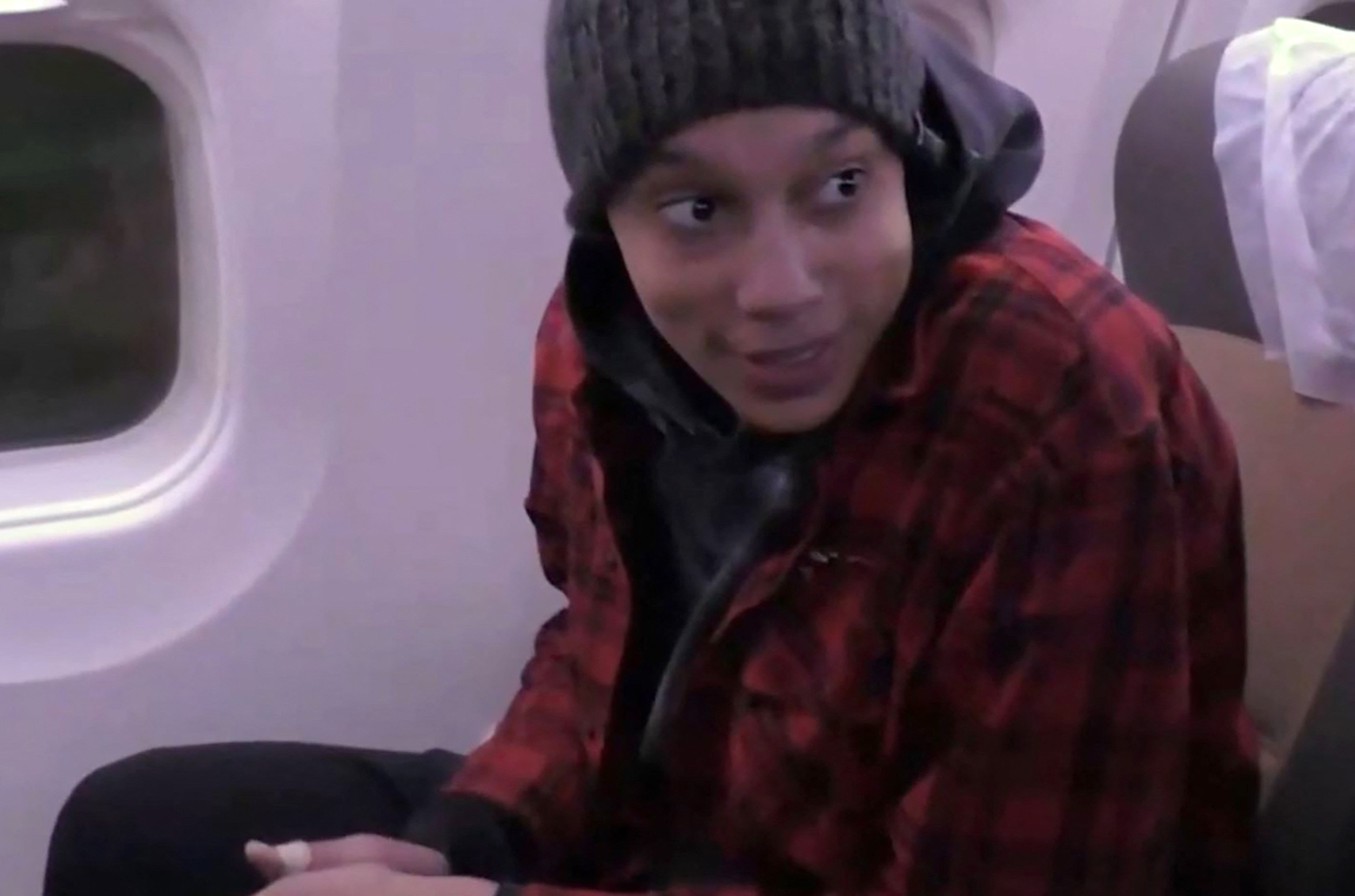 An image taken from video shown by Russian state media that AFP could not independently authenticate shows US basketball star Brittney Griner sitting on a plane after being released from prison in Russia. The plane took her to Abu Dhabi where the prisoner swap for Viktor Bout took Place. (AFP Photo)