This video grab taken from a footage shown by Russian state media that AFP could not independantly authentify shows American basketball star Brittney Griner, left, during a swap of prisoners with Viktor Bout, second from right, a Russian notorious arms dealer on Thursday on the tarmac of Abu Dhabi airport, the United Arab Emirates (UAE). (Photo: AFP)

The Russian government, its allies and the relentlessly pro-Kremlin media hailed the release of Bout, 55, by the United States in exchange for American basketball star Brittney Griner and claimed that it meant that President Vladimir Putin had bested President Joe Biden.

It was the rare development they could seize on as a victory for Putin in a war against Ukraine and a showdown with the West that have gone poorly for Russia. And it came after years of Russian news media and officials repeatedly citing Bout’s case as a monstrous injustice and a major diplomatic irritant. 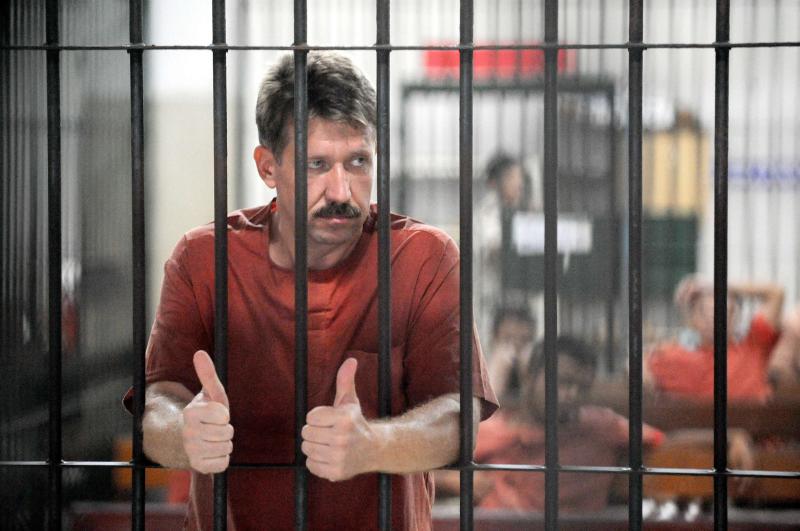 A photo taken on March 6, 2009, shows Russian arms dealer Viktor Bout as he stands behind bars ahead of a court hearing at the Criminal Court in Bangkok. (Photo: AFP)

“Everyone will forget Griner tomorrow,” Yevgeny Popov, co-host of a news show on a state media channel and a member of the Russian parliament, wrote on the app Telegram on Thursday. “Bout’s life is only beginning.”

When he stepped off the plane that carried him home after almost 15 years in prison, Bout was greeted by his wife, his mother and a camera crew from another state channel. He was interviewed by a third state news agency.

What none of the reactions quite explained was why Bout, described by Russia as merely a businessman operating a small airfreight company, mattered so much to the Kremlin for so many years. There has long been speculation that he worked for a Russian spy agency, that his arms deals pursued Kremlin ends, that he had personal ties to high-level government figures or some combination of such factors — all of which he has consistently denied.

Maria Butina, who served more than a year in prison in the United States for being an unregistered agent of Russia, conducted the first interview with him after his release, for the outlet RT. Butina, now a Russian legislator, called the exchange “a capitulation by America” and asked about the high-level interest in his case.

“I don’t think I’m somehow important for Russian politics,” Bout replied. He added, “We do not abandon our own, right?”

But the Russian foreign ministry said it had been flooded with congratulations for his release and noted how often the Kremlin had demanded his freedom. The government’s human rights commissioner, Tatyana Moskalkova, said, “I think everyone who followed the ordeal of this wonderful person, who had fallen victim to US insinuations, is now filled with joy,” the Russian news agency Tass reported.

In the RT interview, Bout echoed Putin in describing Russia as a victim of Western schemes. “The West thinks that they didn’t finish us off in 1990, when the Soviet Union started to collapse,” he said. “They think they can destroy us again and divide Russia into many parts.”

But he did not fully parrot the Kremlin script, dodging suggestions that Biden was weak, and Americans were Russophobic.

Bout was once a Soviet military officer and translator, but Western governments and human rights groups say that in the 1990s and 2000s he was one of the world’s leading weapons dealers, defying international sanctions to sell to factions in many conflicts, particularly in Africa. The 2005 film “Lord of War”, starring Nicolas Cage, was based loosely on him. 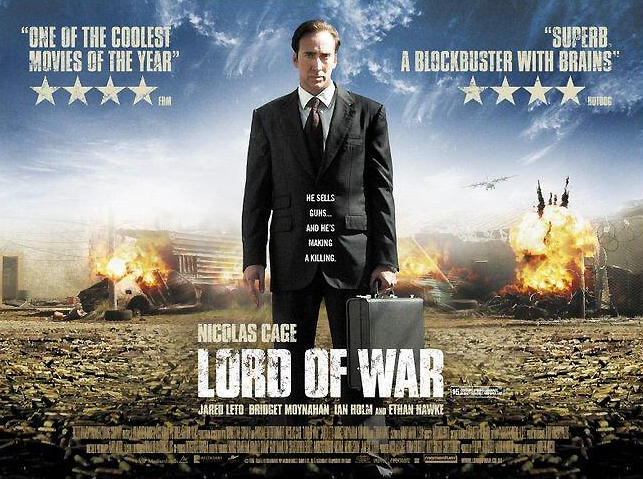 In March 2008, US agents arrested Bout in a sting operation in Bangkok, posing as Colombian guerrillas who wanted to buy weapons, including anti-aircraft missiles that they said would be used to kill American pilots. Over strenuous Russian objections, Thailand ultimately agreed to extradite him to the United States for trial.

In 2011, he was convicted in New York of conspiring to kill American citizens, conspiring to provide support to a foreign terrorist organisation, and conspiring to acquire and export illegal weapons. He was sentenced to 25 years in federal prison.

At the time, the Russian foreign ministry denounced the court as “clearly carrying out a political order” aided by “the smear campaign unleashed by the American media.”

If not for Biden’s intervention to secure Griner’s freedom, Bout would not have been eligible for release for another seven years.

This image from a video shown by Russian state media that AFP could not independently authenticate shows American basketball star Brittney Griner being released from prison on Thursday in Moscow, Russia. (Photo: AFP)