With investors hungry for Facebook shares ahead of a hotly anticipated offering, the social network Wednesday unveiled a 25 percent increase in the number of shares to be sold at the market debut. 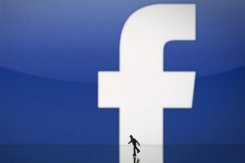 With investors hungry for Facebook shares ahead of a hotly anticipated offering, the social network Wednesday unveiled a 25 percent increase in the number of shares to be sold at the market debut.

The increase comes from current shareholders, who had previously obtained stock in private offerings, seeking to cash in on the hefty price amid a Facebook frenzy.

"This is definitely in response to very strong global investor demand," said Lou Kerner, founder of The Social Internet Fund.

The move by the Internet giant comes one day after it filed paperwork with the US Securities and Exchange Commission raising its initial public offering share price from a range of $28 to $35, to between $34 to $38 per share.

A definitive price was expected on Thursday.

Kerner said some Facebook insiders may be seeking to take profits now, because they might otherwise have to wait six months under SEC regulations.

"The company itself is good with the amount of money that it's raising, and existing shareholders who do not want to get locked up for the next six months have an opportunity to increase their liquidity," he said.

Facebook is already assured of becoming the most valuable US Web company at the time of an IPO, topping Google's $23 billion valuation in 2004.

Trading is expected to begin on Friday under the symbol "FB" on the technology-heavy Nasdaq.

There was no immediate explanation for the increase in shares, which will come from the current holders of shares in prior private offerings. The latest document says 421 million shares will be issued, up from 337 million. And that could be raised to 484 million if demand is high.

Under the new share plan, founder Mark Zuckerberg will hold 55.8 percent of the voting power, down slightly from an estimate of 57.3 percent. The 28-year-old controls the firm through a dual class stock structure and certain shares which give him a "proxy" for voting.

The net proceeds to the company will remain unchanged at $6.4 billion, the filing with regulators said.

But at the midpoint price, the IPO could net some $16 billion for all the sellers at the latest estimate, and at the maximum price more than $18 billion.

Depending on the final value, the IPO would be one of the largest of a US firm on Wall Street, behind the 2008 offering of Visa ($17.8 billion) and possibly above that of General Motors in 2010 ($15.7 billion).

Based on the estimated market value, Facebook would be in the neighborhood of Amazon ($100 billion) and Cisco ($90 billion) and ahead of Hewlett-Packard ($45 billion) and struggling Yahoo! ($19 billion).

Some analysts predicted Facebook's stock price will jump quickly as Facebook finds ways to leverage its membership of 900 million.

The California giant separately on Tuesday agreed to a tie-up with Lightbox, an Android photo app, by hiring its developer team. This follows a $1 billion deal to acquire another photo sharing app, Instagram. But Facebook is not buying Lightbox or its data.

The IPO comes amid a wave of tech offerings with mixed success. Groupon, the online deals firm, has lost 34 percent since its November IPO while LinkedIn, a professional social network, has soared 150 percent in a year.

In one negative for Facebook, General Motors said it plans to stop advertising on Facebook because it determined that paid ads had little impact on consumers.

"We are reassessing our Facebook advertising, but we remain committed to very aggressive social media strategies and will continue to push content on Facebook through our product and brand Facebook pages," GM spokesman Patrick Morrissey told AFP.

The US auto giant is the third largest advertiser in the United States with expenditures of $1.8 billion in 2011, according to Kantar Media.

But according to the consultancy eMarketer, Facebook's share of overall US display ad market revenues grew to 14 percent in 2011 and will likely hit 16.8 percent this year, overtaking Google.