North Korea appointed a new prime minister Monday, choosing a former premier who was sacked from the post in 2007 in a reported backlash against his pursuit of economic reforms. 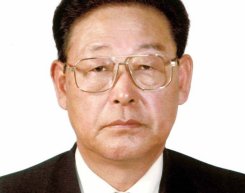 This undated handout released on April 12, 2007 from the Korea Central News Agency, shows North Korea's new premier Pak Pong-Ju in Pyongyang. North Korea has announced the appointment of Pak Pong-Ju -- an economics expert -- as new prime minister in a reshuffle endorsed by parliament.

Pak Pong-Ju, 74, was sworn in at the annual meeting of the Supreme People's Assembly, the North's rubber-stamp parliament, the official Korean Central News Agency (KCNA) said. He replaces Choe Yong-Rim.

Pak previously served as prime minister from 2003-2007 when he spearheaded hesitant market reforms that sought to provide state firms with more autonomy and gradually reduce state rationing of food and daily necessities.

But an apparent backlash from the party and the military saw him suspended from duty in June 2006 and sacked the following year.

The ordinance on "consolidating the position of nuclear weapons state for self-defence" was adopted unanimously, along with two laws on space development and the establishment of a state space development bureau, KCNA said.

On Sunday a meeting of the ruling party's leadership had stressed the importance of having the North's possession of nuclear weapons "fixed by law".