Microsoft denied censoring Chinese-language search results across the globe, but the group behind the accusation stood firm. 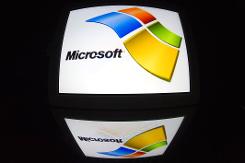 Microsoft denied censoring Chinese-language search results across the globe, but the group behind the accusation stood firm

"We can emphatically confirm that they are not," Microsoft's senior director of Bing search engine Stefan Weitz said in a blog post addressing talk of political censorship.

"Bing search results outside of China are not subject to and are not modified in any way based on Chinese law."

The US-based technology titan blamed the impression of censorship on a Chinese "removal notification" accidentally shown to people using a Bing People's Republic of China version outside of that country.

The message was displayed for Bing results suppressed for non-political reasons, such as barred images of abuse or spam, and had nothing to do with Chinese censors, according to Microsoft.

Microsoft's assertion that search results are not altered outside of China are "simply not true", Greatfire said in a point-by-point rebuttal to the company's explanation.

Greatfire referred to tests reportedly done by The Guardian newspaper, which did a Bing search on a Chinese government official embroiled in a corruption scandal and saw no Western news reports on the first results page.

A Google search in Chinese on the same name turned up an array of news stories, as did a similar Bing search in English, according to Greatfire.

"We are 100% sure our findings indicate that Microsoft is cleansing search results in the United States to remove negative news and information about China," Greatfire said in a blog post that ignited the controversy. "And they are doing this in every market in which they operate in the world."

Bing is the second-most-popular Internet search engine in the US, with an 18.2 percent market share to Google's 67.3 percent in December 2013, according to Microsoft.

An English-language search using servers outside China for "Liu Xiaobo" returned a list of results from overseas sources including the Norwegian Nobel Committee, the New York Times, Encyclopedia Britannica and Wikipedia.

In a Chinese-language search of Liu's name, by contrast, six of the top ten search results were links to Chinese government and state-run media pages containing the same text -- a lengthy disparagement of Liu that compiles some of his more-controversial statements.

The first page of results from the same Chinese-language search using Google and conducted outside the country includes links to pages in Chinese from Wikipedia, the New York Times, German broadcaster Deutsche Welle, VOA and the BBC.

A Chinese-language Bing search for "Freeweibo", an anti-censorship tool developed by Greatfire.org, also returned a different list of results, with the Freeweibo website omitted from the search findings.

"This story shines a negative light on both Microsoft and China," Greatfire said.

"For Microsoft, this is an enormous opportunity - do the right thing and stand up to Chinese censorship now."