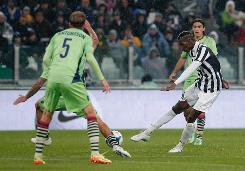 It also moved them 11 points clear of their only remaining title rivals, Roma, who could reduce the arrears later in the evening when they take on Fiorentina in Florence.

US to fly in baby formula on military contracted planes