Untouched islands as far as the eye can see in the Mergui archipelago. (Bangkok Post photo)

YANGON — Myanmar will give the green light to new hotels in its southernmost archipelago by the end of the year, officials say.

The largely unspoilt Mergui archipelago comprises 800 islands in the Andaman Sea, just off the continental coast.

"The region has a lot of potential to be a new tourism destination as most of the islands are untouched and have coral reefs," said Sai Kyaw Ohn, deputy minister for hotels and tourism. "We hope these can attract eco-tourists and divers."

Some 27 local companies and joint ventures are awaiting approval from the Myanmar Investment Commission for new hotel and resort projects on the islands, he said.

"We hope MIC will allow all 27 firms to set up hotels and resorts by December," he said. Two joint ventures have been already granted approval to build resorts on the islands. Those developments would see five hotels and motels with 196 rooms by the end of 2014.

Among the residents of the Mergui archipelago are about 2,000 "sea gypsies," known as Salons in Myanmar and Moken internationally, a nomadic ethnic minority who live in boats and are thought to have migrated there from southern China around 4,000 years ago. 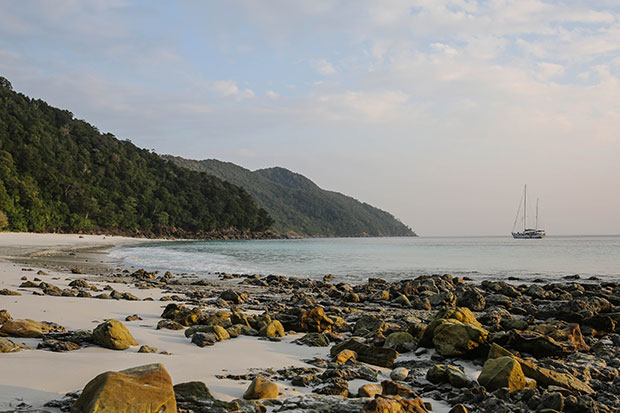 The view from the beach at Kyun Pila, aka Great Swinton Island. (Bangkok Post photo)

The archipelago was only opened to foreigners in 1996.

Last year, only 2,612 tourists visited the islands, according to data from the ministry of hotel and tourism.

Environmental groups have urged the government to establish and observe environmental guidelines, although they recognised the development benefits for the area.

"The projects will destroy the natural beauty and ways of life in the area if the authorities and developers do not take environmental aspects into consideration," said Win Myo Thu, chairman of localenvironmental NGO Ecodev. 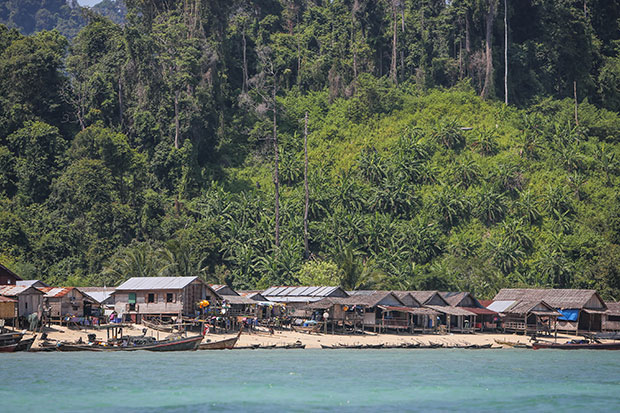 A village on Nyaung Wee island. Twenty of the 80 houses on the island are Moken-owned. (Bangkok Post photo)