SONGKHLA - The Na Thawi Provincial Court has issued warrants for the arrest of 68 more suspects including those in connection with Rohingya migrant trafficking, taking the number of trafficker suspects in the South to 187.

Twenty-six of the new wanted suspects are accused of taking part in the human trade and, according to an initial investigation, they are also suspected of money laundering, deputy national police chief Aek Angsananont said Thursday. 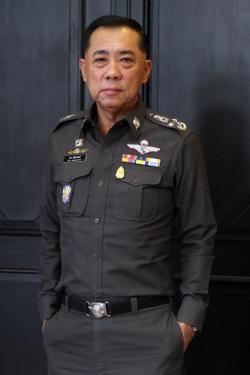 The court has issued 42 warrants against suspects, earlier linked to trafficking, for laundering money.

The new warrants show authorities have not lost steam in acting against human traffickers in the southern provinces even though the Office of the Attorney-General has already indicted up to 72 suspects, including senior army adviser Lt Gen Manas Kongpan, observers say.

All 72 of the suspects have been detained in police custody in Songkhla.

The state crackdown on human traffickers has gathered momentum since March after authorities exhumed 33 graves believed to belong to Rohingya migrants from Myanmar and Bangladesh in tambon Padang Besar in Songkhla's Sadao district, bordering Malaysia.

The discovery added to Thailand's image as lax on human trafficking, for which it was criticised in the US's Trafficking in Persons (TIP) report.

So far warrants have been issued for the arrest of 187 suspects and legal action against them is expected to go more smoothly now a new Criminal Court division has been set up to deal directly with human trafficking cases.

Meanwhile, Samut Prakan police have arrested two men on human trafficking charges after they were allegedly involved in a plot to lure four Lao women into selling sex services at their massage house in Bang Phli district.

The four were among 10 Lao women, aged between 14 and 22 years old. The victims said a Lao woman promised them jobs as waitresses in Thailand.

Instead, they were taken in a van from Nong Khai to work as sex workers at a house.

Police saved them before they were forced to work as prostitutes, officers said.

The 10 women were found at the house. Another six women, who told police they did other jobs, were charged with working without a permit.

Suspects Chinphop Baothong and Suchit Minchina are being held, but deny involvement in the human trade.

The five-baht reduction of the diesel excise tax will relieve pressure on logistics and transport costs after diesel prices exceeded 30 baht a litre starting earlier this month, says the Land Transport Federation of Thailand (LTFT).

WASHINGTON: An increasing number of unidentified flying objects have been reported in the sky over the past 20 years, a top US defense official told lawmakers Tuesday in the first public hearing on UFOs in half a century.

Casino mogul Wynn sued for acting as agent for China