WASHINGTON - Federal Reserve policymakers were broadly worried about the potential for slower global growth to weigh on the US economy, the minutes from their March 15-16 meeting showed Wednesday. 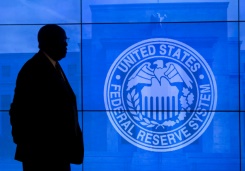 As they decided against an interest rate hike at that meeting, several also cautioned against an increase in April, saying it would signal a sense of urgency over US monetary conditions that "they did not think appropriate," the minutes said.

WASHINGTON: The Saudi embassy in Washington on Tuesday dismissed suggestions the kingdom hacked the phone of Washington Post owner Jeff Bezos, as media reports linked the security breach to a WhatsApp message from an account of Crown Prince Mohammed bin Salman.